Why Magnesium is important for your diet 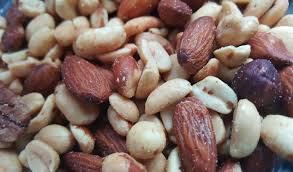 What does magnesium do to the body? Magnesium +2 ion balances the electrolyte composition of the body fluid. It is involved in several hormonal reactions of biological systems such as protein synthesis, mitochondrial respiration, fatty acid oxidation, etc. Being an essential constituent of human body functioning, the levels of magnesium in the body must be optimum. Today, the U.S. population is more facing magnesium deficiency because of their less diet consumption and adopting diuretics at a higher pace. Elders also faces difficulty in mitochondrial respiration and several cardiac disorders due to magnesium deficiency.1

See: Foods to avoid with Arthritis

Why is magensium important in diet?

Benefits of Magnesium in the diet

Mentioned below are some of the benefits of magnesium consumption for various health issues:

Acute Asthma: Intravenous magnesium sulfate is used to treat acute asthma in adults. The salt works by relieving the breathlessness in life-threatening and severe asthmatic patients.2

Preterm labor: For 25 years, doctors are using the magnesium sulfate to delay the delivery by at least 48 hours. The salt is usually given in higher doses. Moreover, the neuroprotective action of salt on fetus less than 1500 g makes it more feasible to use.3

Orthopedic biomaterials: Magnesium is a very soft ionic element with properties very similar to bone. The ion shows in-vivo degradation via corrosion in the electrolytic environment of the body fluid. These properties make the magnesium as in ideal biodegradable implant.4

Cardiovascular disorders: The anti-arrhythmic, vasodilatory, anti-ischemic, and anti-inflammatory properties of the magnesium in the ionic state makes a suitable agent to treat cardiovascular diseases. The ion lowers the blood pressure by balancing the electrolyte composition.5

See: Foods to avoid with Arthritis

Relationship to calcium: Higher concentration of magnesium inhibits the transport of calcium into the cell and from the sarcoplasmic reticulum. Therefore, the deficiency of magnesium causes an elevation in calcium levels.

Overall it can be said that deficiency of magnesium causes a reduction in ATP and potassium ions and elevation in sodium and calcium ions.1

Decreased dietary consumption: The United States population had shown a significant decline in the dietary intake of magnesium as they are switching to processed foods. The beneficial dietary sources of magnesium are green leafy vegetables, nuts, dried fruits, grain, and shellfish. The diet should be enough to achieve the daily recommended allowance of 400 mg/day.

Hypertension: The deficiency of magnesium cause the elevation in blood pressure by increasing the intracellular concentration of calcium and sodium

CHF: The advanced stage CHF patients suffer from hypomagnesemia. As per one study, 38% of patients suffering from complex arrhythmia were found to have hypomagnesemia, and 72% of the patients had shown an excessive loss of magnesium. This result did not stop the use of diuretics in the ventricular arrhythmia patients; they were administered magnesium sulfate via infusion to improve the condition.

Arrhythmia: Magnesium is considered as the most prominent element in maintaining cardiac stability. The ionic disturbance causes changes in the electric impulse cycle, which precipitates the atrial or ventricular arrhythmia. In one study, scientists observed that the frequency of supraventricular beats in magnesium-deficient women are found to be more significant than in the women kept on doses of magnesium gluconate 200 mg/day. I.V. bolus of 2 g magnesium sulfate is considered as the treatment of choice for torsades de point. It is a type of arrhythmia associated with prolonged Q.T. interval.

Myocardial Infarction: Deficiency of magnesium is found to be one of the causes of acute myocardial infarction. In a study of 1000 patients, a 50% reduction in mortality rate in patients on magnesium supplementation was observed.

Angina Pectoris: A review of 18 patients declared the attached risk of angina pectoris in magnesium-deficient patients. The magnesium supplementation reduces the frequency of chest pain attacks in heart patients.

Clotting: Magnesium is supposed to have antiplatelet effects. It prevents the coagulation of blood and aggregation of platelets by inhibiting the synthesis of thromboxane B₂. The antiplatelet effect of magnesium also helps in the treatment of cardiovascular disorders. The ion also prevents thrombus formation.

Lipid metabolism and dyslipidemia: Low intake of magnesium increases the serum lipid levels and leads to atherosclerosis. The condition can be treated by administering magnesium supplementations. The ion is supposed to convert the triglycerides into high density – lipoprotein cholesterol and thus increases lipoprotein lipase activity.

Diabetes Mellitus: Hypomagnesemia is found to be significant in type 2 diabetic Mellitus patients. The glucosuria and urinary loss of magnesium can be the profound reasons behind it. Moreover, the deficiency of ion causes an effect on tyrosine kinase activity. The enzyme responsible for the binding of insulin to its receptors and its destruction causes insulin resistance. Magnesium supplementation increases insulin sensitivity in such patients.1

See: Get protein in your foods

Magnesium plays a prominent physiological role in the electrolyte balance of the body. A slight difference in the average ionic concentration disturbs the major electronic channels of the system. Various cardiovascular disorders, diabetes mellitus, obesity, preeclampsia has been associated with magnesium deficiency. Therefore, a recommended dietary allowance of 400 mg/day is a must for the people to be healthy in the long run.