Get protein in your foods 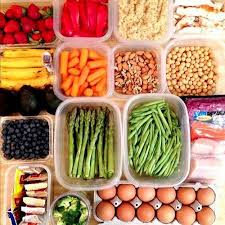 The word ‘protein’ has its source in Greek “preteos”, meaning the thing of most importance .Protein is obviously a vital component of our body and works from multiple facets to keep use alive.

Protein in Diet:
I am a vegetarian from the age of 12 years and it was right from that time when I have been facing the question about my source of  proteins in food. This question may appear to be simple, but there is a lot hidden behind the simplicity. Why is it so that nobody asks about my source of  beta­- carotene or fiber? I was  always surprised with the fact that protein is the nutrient that generated serious concern about my diet and health and that too from strangers. It was not just  the  question  of  protein  in diet but  my  own  concern  of  being  the  question  repeatedly that increased  my interest  in  nutrition.  The result  was  that I  got  myself  enrolled  at  the Bastyr University and achieved a graduate degree in nutrition. It has been 15 years since I am left eating  animal  protein  and it is  now time  that I feel  is the right time for me to  answer the question  from  the right perspective and with necessary citations.
This particular question about the source of protein went to a new level when I went for a hike along the Pacific Crest Trail. The event was like walking 20 to 30 miles every day and I came to know that thru ­hikers are of the notion (the majority of the hikers actually do follow this way of nutrition) that foods rich in protein are important to build up the muscles as well as recover them. Not only that, the food option  for hikers is pretty limited as we have to eat that we can carry. So, there is no way to enjoy soy burgers or marinated tofu steaks with tasty cashew cheese.
It was only after going through The China Study that I came to know the reason for so much concern about protein in our diet.    The presence of protein as a nutrient was discovered in the year 1839  and since then it has been under the limelight  and  also  considered to be the most sacred among other nutrients .  The 19 th ­century world considered protein and meat synonymous  and  this  cultural  association  are still  with  us.  Serving  meat  during main meals has become the symbol of wealth as  well as health. Right from the discovery of the presence of proteins, it was believed that one must consume twice the required amount of protein  in order to sustain a healthy life. That was probably because of the cultural bias that more is always better .
The paragraph above sets the stage or the historical scenario on which many people and even the nutritionists build their perspective on health and nutrition these days. We will just have to step back  a bit to find out the scenario that is totally  different. Look  at the healthy people  from Asia,  South  America  and  Africa  who  consume  fewer  amounts  of  animal  protein  as compared to the population in the
References