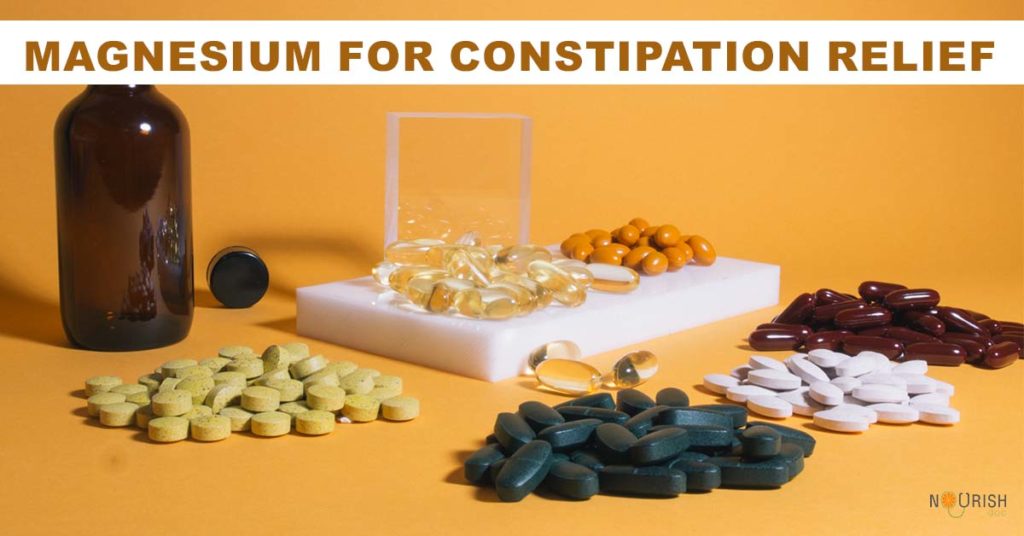 Magnesium is a vital mineral required by the body in an optimum amount for cellular growth and well-being. The US statistics confirm the deficiency of magnesium in several adults. The primary reason found behind this is not receiving recommended amounts of magnesium from their diets. Although magnesium deficiency rarely causes severe disorders, it is essential to maintain magnesium levels in the body to prevent common diseases. [1]

Nobody wants to discuss constipation, but it is a chronic issue that may undermine your energy, digestion, and detoxification, in addition to fuel inflammation and disease. When several underlying reasons may lead to constipation, you can often get things going and gain relief with the support of magnesium.

Does magnesium make you poop?

Constipation is a common disorder that affects the gastrointestinal motility of food. It is often chronic and hence, associated with high treatment costs. There are several non-pharmacological approaches developed for the maintenance of the disease. But the increased consumption of fluid and regular exercises have limited data on the effectiveness. These strategies seem to work in chronic conditions only when a patient is dehydrated. Increased dietary fiber intake to 20 to 25 g is another remedy for the treatment. But the patients mainly face difficulty in compliance with this therapeutic option. The increased consumption of dietary fibers often lead to flatulence, distension, and bloating. [1]

Another therapeutic option is an osmotic laxative. The latter includes sorbitol, lactulose, polyethylene glycol, or milk of magnesia. Milk of magnesia (magnesium hydroxide) works both as an antacid and osmotic laxative. It pulls out the salt from the blood into the intestine and causes salt retention. The increased content of water in the tract explains its laxative action, i.e., making the stools soft and more comfortable to pass. It also helps relax the muscles which line the colon. Hence, it allows for smoother wall contractions. [1]

A study explained the primary cause of constipation is a lower intake of magnesium. The 3835 Japanese female students aged from 18 to 20 years showed illness due to magnesium deficiency instead of lower fiber or water intake. [1]

Magnesium is excreted through the kidneys. Therefore, it shows very few adverse effects if the renal system of the patient is working correctly. Moreover, the low cost of the magnesium supplementation saves the big-budget associated with the treatment of chronic disease. [1]

The reason magnesium citrate is a superb option as a gentle laxative is because it works in two ways. First, magnesium helps to relax muscles inside the intestinal wall, increasing your ability to go to the toilet. Secondly, magnesium functions as an osmotic, pulling water into the intestines and making the stool softer and easier to move.

Salts such as magnesium and sulfate ions are used as they are poorly absorbed in the gut. The osmotic laxatives used for constipation are magnesium hydroxide, magnesium sulfate or citrate, and sodium sulfate. [2]

Magnesium sulfate is a more potent laxative but is not used frequently. It tends to produce abdominal distension and sudden passage of large liquid stools. Moreover, it is challenging to adjust the dose of magnesium sulfate for the formation of soft stools. [2]

Studies in magnesium for constipation

Approximately 45 million Japanese patients, including children, adopt magnesium oxide as a remedy for constipation. The continued consumption of magnesium oxide, either orally or intravenously, often leads to hypermagnesemia. This condition is especially critical if the renal function of the patient is inappropriate. In 2008, the Ministry of Health, Labour, and Welfare (MHLW) of Japan reported 15 adult patients with hypermagnesemia. The two deaths were later reported from these statistics due to the oral ingestion of magnesium hydroxide from April 2015 to August 20008. Therefore, it becomes essential for pediatricians to know whether hypermagnesemia can develop in children with a healthy renal system due to the long term consumption of magnesium oxide. [4]

Method: 120 patients with functional constipation (57 males & 63 females) aged 1 to 14 years were recruited for the study. The children considered for the study must have at least two symptoms: less than three bowel movements in a week, large stools in rectum upon digital rectal examination, the occasional passage of large stools, withholding behavior, and painful defecation. Upon daily administration of magnesium oxide to them, side effects of hypermagnesemia such as vomiting, nausea, thirst, blushing, feeling of exhaustion were recorded. Serum levels of magnesium, calcium, phosphorus, blood urea nitrogen (BUN), and creatinine concentration were used as laboratory examination parameters. Urinary concentration of magnesium and creatinine were also used. SPSS statistics 17.0 was used for statistical analysis. [4]

Results: The median duration of treatment was 1.3 years in the constipation group. The median daily dose delivered to them was 600mg. After the administration of magnesium oxide, the outcome of constipation was investigated. 75 % of the subjects reported stable conditions with improvement in bowel habits. But 11% of them still reported less than three weekly bowel movements. 28% of children showed withholding behavior, and 34% had painful defecation during the follow-up period. [4]

The study concluded that though the daily intake of magnesium oxide in children reported increased serum concentration, the effects are modest. [4]

Constipation is a chronic disease which mainly occurs due to lifestyle changes and eating habits. The treatments consist of several options. But the use of salts as osmotic laxatives has been proven as one of the best therapies. Magnesium oxide helps in softening the stools and making the wall contractions smooth. The salt is safe for a patient having renal function working correctly. The use of magnesium oxide is also found to be safe in children. The studies have shown sporadic chances of development of hypermagnesemia in children upon long term administration of magnesium sulfate.