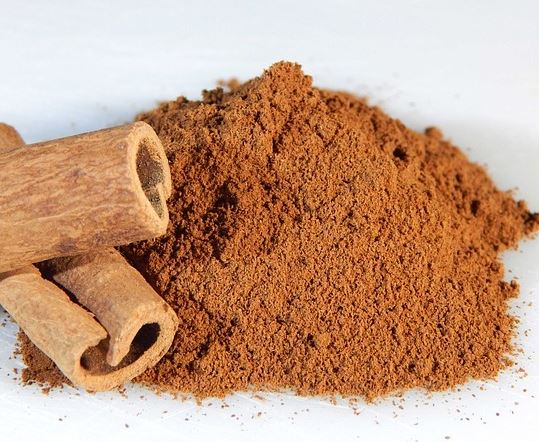 The Cinnamon spice is derived from the bark of the cinnamon tree. Cinnamon powder has been an important spice for centuries in boosting the flavor of many cuisines and used in soups, drinks, and sweets. However, there are more reasons besides flavor to use it in your cooking. There are many potential health benefits of cinnamon and those are mostly thanks to antioxidants. These antioxidants and polyphenols may support overall health by protecting the body from oxidative damage due to harmful free radicals.

Though cinnamon powder is an incredibly healthy spice that’s safe to eat in small amounts, eating too much may cause unpleasant side effects.

What is cinnamon powder?

Cinnamon is a commonly used spice. Not only does it add a yummy taste to our food, but at the same time, cinnamon is highly valued for its medicinal properties. Cinnamon has been used for medical purposes for thousands of years, and modern science has only now started to confirm the many health benefits associated with cinnamon. Let us examine the key benefits of cinnamon powder.

According to the USDA (U.S. Department of Agriculture), a teaspoon of ground powderede cinnamon weighing 2.6 g contains:

It also contains trace amounts of vitamins B and K and the antioxidants such as beta-carotene, alpha-carotene, choline, beta-cryptoxanthin, lycopene, zeaxanthin, and lutein.

The spice cinnamon is derived from the inner bark of trees known as Cinnamomum. This spice has been used as an ingredient in many dishes throughout history, going back to Ancient Egypt. There are two main types of cinnamon:

The unique spicy flavor and smell of cinnamon are due to the oily part of the spice, which is rich in the compound cinnamaldehyde. [2] Research has found that cinnamaldehyde is what is responsible for the many powerful health effects of cinnamon.

According to Ayurveda, many of the health benefits derived from cinnamon powder is due to the presence of cinnamaldehyde itself. This compound helps fight against tooth decay, bad breath, and also enhances your overall oral health.[3]

Cinnamaldehyde also has powerful antifungal and antibacterial properties, which helps prevent infections.[4] It also restricts the harmful clotting of blood platelets, which would otherwise lead to insufficient blood flow. It is believed that this is achieved by avoiding the production of arachidonic acid in the body, which is what is primarily responsible for anti-inflammatory responses from cell membranes.

Cinnamaldehyde also has strong anti-microbial properties, and many studies have found that cinnamaldehyde is capable of preventing nearly 50 percent of bacterial growth in the oral cavity. It is also exceptionally efficient in preventing the growth of pathogens on the tongue. According to a research study findings published in TAJCM (The American Journal of Chinese Medicine), cinnamaldehyde can restrict the growth of many types of bacteria. These bacteria include gram-negative and gram-positive bacteria, fungi, filamentous molds, and dermatophytes.[5]

Cinnamon powder is loaded with antioxidants. Antioxidants have a considerable role to play in protecting the body from oxidative damage caused by free radicals. Cinnamon is a rich source of antioxidants, such as polyphenols. Polyphenols can be found in a variety of other foods as well. Regular consumption of polyphenols is believed to enhance digestion, boost brain health, protect against heart disease, diabetes type 2, and many types of cancers.[6],[7],[8]

Polyphenols in cinnamon powder are also believed to help reduce your blood sugar levels, thus lowering the risk of type 2 diabetes. This reduced risk is because polyphenols help prevent the breakdown of starch into simple sugars. This reduction lowers the chances of experiencing a blood sugar spike after meals.[9]

Polyphenols further also boost the secretion of insulin. The hormone insulin is needed for transporting glucose from the bloodstream into the cells, and also for stabilizing the blood sugar levels.[9]

Many studies have found a direct association between diets rich in polyphenols to a lower fasting blood sugar level, higher levels of glucose tolerance, and increased insulin sensitivity. All of these are vital factors for lowering the risk of type 2 diabetes.[10]

A research study compared the antioxidant activity of over 25 spices and found that cinnamon has the most potent antioxidant properties. It even surpassed several superfoods such as oregano and garlic.[11]

The antioxidant activities of cinnamon are so powerful that it can also be used as a natural food preservative.[12]

Recently a major review found that taking a dose of just 120 milligrams of cinnamon powder every day can also lead to these effects. Simultaneously the study proved that cinnamon powder increased the levels of the good HDL cholesterol.[14] What’s more is that in many animal studies, cinnamon has been found to lower blood pressure also, which is another significant risk factor for heart disease.  So when all these benefits are combined, they drastically lower your risk of developing heart disease.

Cinnamon may benefit in neurodegenerative diseases

The cinnamon powder may help in neurodegenerative diseases such as Alzheimer’s disease and Parkinson’s disease. There are two constituents found in cinnamon believed to inhibit the accumulation of a protein known as tau in the brain. Tau is one of the known hallmarks of Alzheimer’s disease.[15]

Another animal study done on mice with Parkinson’s disease found that cinnamon helped protect the neurons in the body, improved motor function in the mice, and also helped in normalizing neurotransmitter levels.[16]  While these effects need to be studied in humans, but the results are incredibly positive and point towards beneficial effects in humans as well.

While cinnamon may have enormous benefits, excess intake or cinnamaldehyde allergies may result in side effects from lowering blood glucose levels to increased body heat.  The Mayo Clinic recommends checking with your doctor before taking any supplement, including cinnamon supplements.  Ensure their safe use for you so they won’t interfere with any prescription drugs you may be taking.

According to the NCCIH (National Center for Complementary and Integrative Health), there are two main types of cinnamon. The Chinese “cassia” is the most common cinnamon type sold in North America. The other type is the Sri Lankan Ceylon cinnamon or “true cinnamon” is more prevalent in other nations.

Some people also experience allergic reactions to cinnamon. These are triggered by a compound known as cinnamaldehyde, found in both kinds of cinnamon. Individuals with cinnamaldehyde allergies occasionally experience mouth sores, gum or tongue swelling, and burning and itching in the mouth. If you are concerned about allergic reaction to cinnamon, you can ask your physician for a skin patch test. To reap cinnamon’s advantages, you need to always combine it into food or drinks – never eat dry cinnamon. Not only can it cause choking, but the lungs are not able to break down the fibers in cinnamon, so it accumulates in the lungs and may eventually cause aspiration pneumonia.

Cinnamon is not just one of the most delicious spice we use in a variety of our dishes, but it is also one of the healthiest spices we can use. Cinnamon has many health benefits, including lowering blood sugar levels, reducing the risk factors for heart disease, improving insulin sensitivity in the body, fighting against many bacterial and fungal infections, and many others. You can benefit more by using the Ceylon cinnamon sticks, or you can use the Cassia variety, but in smaller doses.