Resveratrol in Grapes- a promising therapy for Chronic Kidney Disease 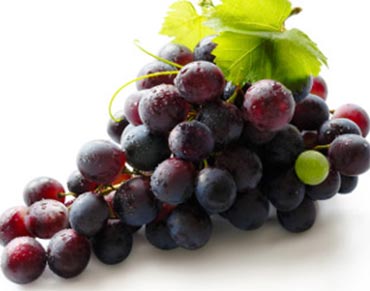 For the past three decades, resveratrol has greatly interested scientists and researchers and a large number of studies have been conducted to study its beneficial effects on human health. It has shown tremendous promise in treating conditions like cancer, chronic kidney disease (CKD), type 2 diabetes, cardiovascular disease as well as aging. (1)
Chronic kidney disease frequently occurs due to longstanding hypertension, diabetes and polycystic kidneys, amidst others. Thus, controlling diabetes confers protective action on kidneys by reducing inflammation.

Resveratrol is a compound found abundantly in over 70 plant species like blueberries, grapes, peanuts and raspberries.  It is produced by plants as a natural response to injury when attacked by fungi or bacteria, UV radiation, or any threat to their survival.
This plant compound generated interest when it was first found that the French did not have high incidence of heart disease despite having a diet rich in saturated fat owing to their elaborate consumption of red grape wine. Red grape skin was later found to have resveratrol.
The protective activity of resveratrol on the kidneys is owing to its anti-inflammatory, anti-diabetic and antioxidant actions. (1) (2) Studies have found that it elaborates the anti-inflammatory action by inhibiting nuclear factors like Nrf2 and NF-KB. It plays an important role in controlling CKD-related tissue derangements because of its effect of reducing oxidative stress that occurs in kidneys. (1) It reduced the histopathologic damage to kidneys and increased expression of leptin in diabetic kidneys, thereby preventing kidney damage due to long standing diabetes. (2).
Another study found that resveratrol reduced levels of plasma glucose and expression of receptors for advanced glycation end products (RAGE) significantly while increasing total antioxidant and insulin levels naturally. This resulted in reduction of damage to the kidneys. (3)
Resveratrol showed improved antioxidant activity in kidneys when combined with exercise in one study. Markers of oxidative stress like glutathione and lipid peroxidation and antioxidant enzymes like SOD, catalase, etc increased significantly, reducing the effect of oxidative stress on aging and age-related effects on the kidneys. (4)
A 2015 study showed significant reduction in biomarkers of chronic inflammation in CKD patients on consumption of white wine, 4ml/kg body weight for a period of 2 weeks suggesting nutritional intervention with resveratrol to be a good idea for its anti-inflammatory effect. (5)