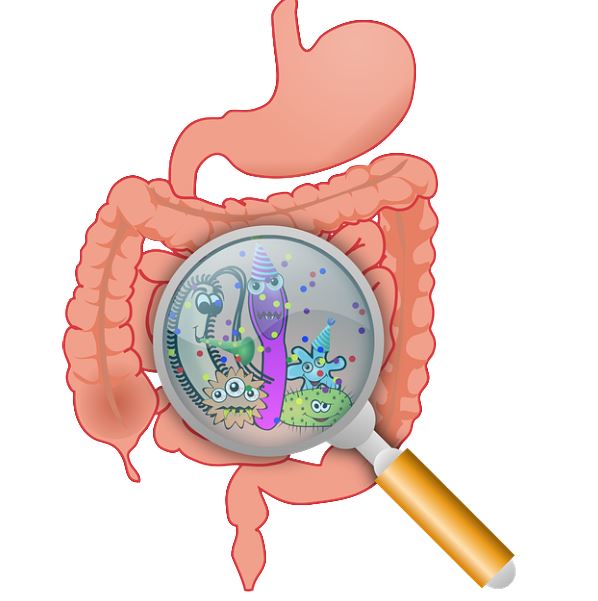 Does suffering from IBS is affecting your quality of life? Do you feel embarrassed about consuming long term medications for IBS? Though the exact etiology behind the disease remains unclear, it is possible to treat the disease from its roots without the use of medications. IBS is a chronic gastrointestinal disorder that includes a group of intestinal symptoms.  The worldwide prevalence of IBS is generally ranging in the area of 10–15%.

Treatment of IBS focuses on relieving symptoms so that you can live your life as normally as possible. Some of the treatment medications available for IBS relief include anti-diarrheal, anticholinergic, SSRI, Tricyclic antidepressants, alosetron, Rifaximin, Lubiprostone, LInaclotide, and ELuxadoline. Even though these conventional treatments seem to be more appealing they fail to provide complete cure to the disease and end up having side effects. This is where one can consider complementary therapies like functional medicine. Functional medicine focuses on getting the root cause of disease because one disease can have multiple causes, and it should all be addressed individually.

IBS is characterized by abdominal pain, distress, and changes in bowel habits and is recognized when other ailments with structural or biochemical diagnostic standards (for example, IBD or celiac disease) have been ruled out. To put it differently, IBS is a”diagnosis of exclusion.” The selection of symptoms, badly defined pathogenesis, and functional nature of IBS make it a notoriously difficult disorder to treat.

Because there’s no widely recognized cause of IBS from the mainstream medical community, standard treatment is based primarily on symptom suppression and management. This might consist of antidiarrheal drugs, anticholinergic or antispasmodic drugs and antidepressants. These drugs primarily target intestinal motility and pain relief as a means to deal with a patient’s most problematic symptoms. A number of these drugs can cause side effects like bloating or constipation that could be just as problematic as the patient’s first IBS symptoms. However, the core problem is that none of those drugs really address the underlying causes of IBS and therefore are not really improving the health of the individual.

These are the two chief causes of IBS: food allergies, and overgrowth of bacteria in the small intestine.

IBS is a pathological syndrome that is known to arise from multiple factors. The precise cause of IBS is still not well understood, but the individual suffering from it can experience challenging circumstances that can lead to decreased quality of life. IBS affects each person differently, and so the cause and treatment are also to be attended differently for each individual.

The microbial ecosystem in the gut has to be healthy for you to be healthy. When your gut bacteria are out of balance, it makes you ill. If the undesirable bacteria takes over, they can begin fermenting the food you digest, especially sugar or starchy foods. This is known as small bowel bacterial overgrowth, and it is a significant cause of IBS.

The significant symptom it triggers is bloating, or a sense of fullness after meals, caused by excess gas from the bacteria consuming the food.

Some of the factors that appear to play a crucial role in giving rise to IBS include:

Diet- The majority of IBS patients report that their symptoms are triggered by meals or specific foods. Foods like vegetables, wheat/grains, milk products, spicy foods, fatty foods, coffee, and alcohol are especially reported to provoke hallmark symptoms of IBS like abdominal pain and gas problems. The diet consumed provides substrates for microbial fermentation and can result in IBS symptoms with an altered microbiota, increased visceral sensitivity, and/or abnormal gas handling by disturbing the composition of the intestinal microbiota in IBS patients.

Gut dysbiosis- The human gut is protected by a wide variety of useful bacteria, and any maladaptation in the composition of these bacteria can lead to IBS. Small intestinal bacterial overgrowth (SIBO) which is characterized by bloating and feeling of fullness is a major cause of IBS. SIBO can develop after a severe bout of diarrhea (gastroenteritis) that can make you sick by altering the health of your gut. Due to this, the healthy bacteria in your gut are imbalanced which triggers and activates your immune response leading to allergy and worsening your IBS condition.

Hormones: Hormonal changes play a role vital role in worsening the signs and symptoms of IBS like abdominal pain, altered bowel habits and bloating, during or around menstrual periods as well as during the menopause transition in some women.

Medications and mental health problems. Too many antibiotics or anti-inflammatory drugs like aspirin or Advil, steroids can weaken your immune system and expose it to foreign particles like bacteria and other microbes that can come from food.  This, in turn, will trigger and activate an immune response, cause allergy, and leads to irritable bowel Syndrome. Mental health problems like anxiety, depression and migraine-like issues are also associated with IBS.

Patients suffering from symptoms often turn to IBS treatment with functional medicine as there may be more than one factor that leads to their IBS. A functional medicine approach to  IBS aims to treat the disease by identifying the root cause.  The use of conventional drugs is accompanied by a certain number of side effects, with some of them being quite severe, not to mention the cost of the emerging therapeutic strategies being quite significant.

Some of the approaches one can follow to find relief from the symptoms of IBS, in consultation with the  Functional medicine practitioner, include-

Alleviate stress- Mindfulness-based stress reduction (MBSR) and meditation, is known to reduce IBS symptom severity and improve patient quality of life. Some research has also shown the effectiveness of hypnotherapy in treating a patient with IBS which is aggravated due to stress. Mind-body interventions like hypnosis, cognitive behavioral therapy, gut-directed hypnosis,  psychotherapy, yoga, biofeedback, meditation, and acupuncture can help manage mental stress effectively.

Good gut health – A good digestion is a perfect cure for all gastrointestinal disorders. Functional medicine for IBS aims to improve the digestive enzymes in the gastrointestinal tract that not only support strong digestion but also prevent bacterial overgrowth in the small intestine. Some of the nutrients that help heal the lining of the gut and improve digestive enzymes in IBS condition include fish oil, zinc, glutamine, vitamin A, and others.

Diet modification and Probiotics- Consuming food like fish oil, a multivitamin, extra fiber to feed the healthy bacteria, and herbs can decrease the inflammation in the gut and balance hormones that can cause IBS. It has been found that Probiotics consumption can maintain good bacteria in your intestines. Probiotics also help modulate the activity of various cells like macrophages, epithelial cells, and granulocytes cells and help decrease inflammation. Low FODMAP  diet containing short-chain carbohydrates is incompletely absorbed in the gastrointestinal tract and can be easily fermented by gut bacteria thus, it can help in IBS symptoms by maintaining the ratio between the harmful and useful bacteria.

Research of IBS for Functional Medicine

Is there any Science and research conducted that prove the efficacy of functional medicine approach towards migraine?

55 children were diagnosed with IBS, were randomized into two groups where one group (n=26) received L. reuteri DSM 17938 10 CFU daily and the other group (n=29) received placebo treatment for 4 months. Parameters like Abdominal pain, stool type and absenteeism from school were evaluated during 2 months and 4 months.

2. Randomized clinical trial: the efficacy of gut‐directed hypnotherapy is similar to that of the low FODMAP diet for the treatment of irritable bowel syndrome.2.

The trial included 74 participants, who have randomized into three groups out of which 25 received hypnotherapy, 24 underwent diets therapy, and the remaining 25 patients were given combination therapy. Primary endpoints like change in overall gastrointestinal symptoms were measured across the three groups from baseline to week 6. Secondary end-point measures included changes in psychological indices over a period of 6 months.

The results were assessed at baseline and at week 6. Improvements in over-all symptoms were observed from baseline to week 6 for hypnotherapy, diet, and combination with no major difference across groups. However, it was also concluded that the effects of hypnotherapy treatment are similar to those of the low FODMAP diet in providing relief of gastrointestinal symptoms. Whereas, Hypnotherapy has superior efficacy to the diet on psychological indices.

As there is no known cure for IBS, treatment often requires a multimodal approach like functional medicine. The beneficial effects of functional medicine in human health have been emerging in the last decades. Dietary, psychological and pharmacological approaches are common but emerging therapies like nutraceuticals, such as herbal products or vitamins, are generally accepted as safer alternative/supplementation to conventional therapy. Although few clinical trials have been performed in IBD patients, more clinical trials on large scale need to be performed to understand the efficacy of Functional Medicine on IBS.