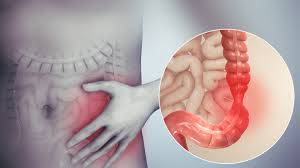 Irritable bowel syndrome (IBS) is a common digestive disorder that affects the large intestine. The symptoms of IBS include abdominal pain, cramping, gas, bloating, diarrhea and/or constipation, or sometimes even both. IBS is a chronic condition, and treatment only helps manage the signs and symptoms of the condition.  According to the National Institute of Diabetes and Digestive and Kidney Diseases, there are around 10 to 15 percent of adults living in the US alone who are affected by IBS.1

Out of this percentage, less than 7 percent of people will receive a proper diagnosis of IBS. This is usually because either a doctor is unsure of the symptoms or because the patient is not seeking active help for their symptoms. Women are also more affected by IBS than men. While the exact cause of IBS remains unknown, but it has been observed that people who have IBS, they can find relief in their symptoms by carrying out dietary changes, stress management, taking medications, option for behavioral therapy, and some other alternative therapies. Low FODMAP diets, in particular, have shown a lot of promise in managing the symptoms of IBS.

What is a FODMAP diet?

The FODMAP diet was developed by a research team from the Monash University in Australia.2 The team proved that low FODMAP diet helps improve the symptoms of IBS.

FODMAP stands for fermentable oligo-, di-, mono-saccharides and polyols.3 These scientific terms are used for classifying groups of carbohydrates that are known for triggering IBS symptoms like gas, stomach pain, and bloating. FODMAPs can be found in a wide range of foods and different amounts. Some foods may contain just one type of FODMAP, while others can provide several of these.

Here are the primary dietary sources of the group groups that make up FODMAPs:

Many doctors today recommend following a FODMAP diet for IBS.

the following high FODMAP foods should be avoided if you have IBS:

A low FODMAP diet for IBS can help if you have IBS and are experiencing the following:

Participants experienced significant improvements in bloating, stool consistency, flatulence, and abdominal pain. A 2016 study done by the University of Otago in New Zealand and published in Clinical and Experimental Gastroenterology found that there was up to an 86 percent improvement in symptoms of IBS in a patient who was on a low FODMAP diet.5 Currently, a 2017 report by the King’s College in London, UK, found that low FODMAP foods can be beneficial for people who have IBS. The study also found that other diets, such as gluten-free diet, do not even come close to having such positive benefits. Another 2017 review by the University of L’Aquila in Italy found similar results and concluded that low FODMAP diets offered highly favorable results for people with IBS.6  However, this study did not go so far as to firmly conclude that FODMAP diets are better than conventional diets when it comes to managing IBS symptoms.

How does a FODMAP Diet for IBS Work?

FODMAP diets are restrictive, and you should only be following them for a temporary period of time. This diet should be followed for a long time because it cuts out many of the nutrient-rich foods that your body needs.

A low FODMAP diet for IBS works in three phases:

Stage 1 – Elimination: The first phase lasts from 3 to 8 weeks, depending on the initial response of the patient. In this phase, a person eliminates all high FODMAPs from their diet.

Stage 2 – Reintroduction: After the elimination phase gets over, you will start reintroducing FODMAP types of food into their diet one at a time. This is done every 3 to 7 days in order to keep track of which foods trigger any symptoms.

Stage 3 – Maintenance: The maintenance phase involves going back to eating as normally as possible while restricting the intake of FODMAP foods that trigger your IBS symptoms. Some people are eventually able to include all or most of the FODMAPs back into their diet with no symptoms.

Studies have shown that symptom improvement will continue even after the reduction of FODMAPs from the diet and in the long term as well provided that people keep avoiding the FODMAPs that trigger their symptoms.7

The low FODMAP diet has definitely shown potential in helping people manage the symptoms of IBS effectively. However, many health professionals believe that the diet is too restrictive and limits the intake of many nutrient-rich foods that the body needs. Proponents of the diet, though, report that people are able to stick with the FODMAP diet because of the dramatic improvement it brings about in their overall quality of life with IBS.