The Ketogenic Diet for Cancer Starving 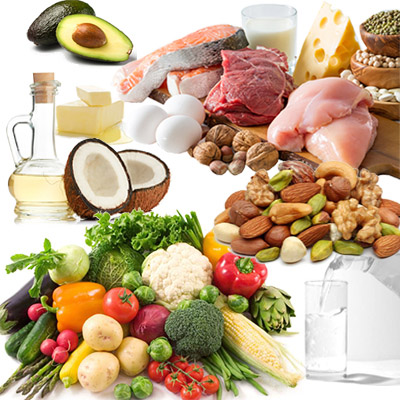 As disease spreads and becomes more specialized and complex across the world, health experts are beginning to examine lifestyle and behavioural connections to disease, and how these influences may potentiate or protect against certain chronic illnesses. Garnering recent popularity in the medical community, nutritional interventions for first-time and recurring cancers have been shown to have remarkable effects at supporting health – both in the presence of standard medicine and in the absence of medical intervention. For example, the Ketogenic Diet is a highly regarded diet plan that introduces greater levels of fat into the diet while moderating protein and lowering carbohydrate consumption. These nutrients nourish cells in a different way than standard diets, leading to positive health benefits for those who adhere to the plan (Seyfried and Shelton, 2010).
See: Keto diet for weight loss, diabetes, & PCOS

How does it work? The science behind the diet…

Popular belief states that a diet high in carbohydrates and low in fat is essential for a healthy lifestyle, yet this type of diet has been knowingly linked with the onset of a variety of diseases – diabetes, heart disease, cancer, etc. An alternative diet (The Ketogenic Diet) can actually potentiate positive change at the cellular level in people living with cancer. The diet calls for high fats, moderate protein, and low carbohydrates, which interact to nourish cells in a different way.
See: Diet Therapy for Cancer Care
Healthy cells primarily use glucose and/or ketone bodies as their energy, but cancer cells are unable to utilize ketones. Thus, the Ketogenic Diet limits the amount of glucose in the body while increasing the number of ketones – in this way, cancer cells are starved and die off, while healthy cells are continuously nourished by the excess of ketones. This is called nutritional ketosis, and has been proven as an effective treatment for certain types of cancers. Long-term adherence to this diet will normalize the cellular make-up of your body and will help to starve the cancer out of your body.

Is the Ketogenic Diet effective? The research…

Several studies have been conducted on the efficacy of a Ketogenic Diet, and these studies often focus on specific conditions, as well. For example, according to research by Schwartz et al. (2015), patients who have been diagnosed with glioma saw positive benefits of adhering to the Ketogenic Diet. The effect of the Ketogenic Diet was analysed in 32 patients by performing two daily measurements of blood glucose and ketones (Champ et al, 2015; Schwartz et al., 2015). The results of this study were complex but profound, and suggested that the Ketogenic Diet can be very beneficial for those battling cancer. While there was no set level of response based on a certain level of diet administration, each participant experienced varying response (Champ et al, 2015; Schwartz et al., 2015). Many patients reached remission and were followed for several years, with many patients reaching 5 years of remission.

See: How to lose weight fast

The first noteworthy discovery was that the diet resulted in no adverse events or side effects, and that this diet can actually induce ketosis, which is a process that increases the amount of ketones used as energy in your body (Schwartz et al., 2015). While further studies are needed to determine the extent to which a Ketogenic Diet can support one’s health during the presence of cancer, it is clear that this type of diet is effective at providing the body with an alternative energy source (Champ et al, 2015). The researchers suggest that the best use of this diet is in conjunction with modern therapies; however, there have been positive results reported by one patient who utilized this diet as a monotherapy.