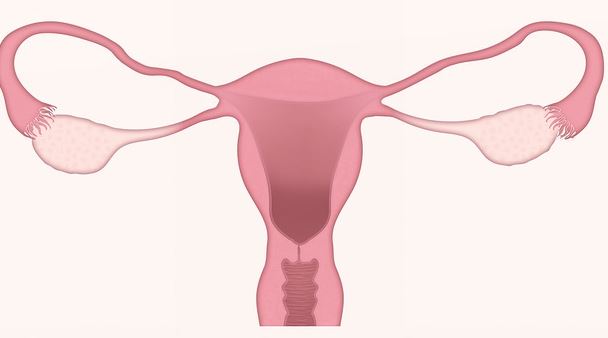 Polycystic ovary syndrome (PCOS) is an endocrinal dysfunction affecting women of reproductive age. The condition is characterized by increased luteinizing hormone (LH) pulsatility, with relatively low follicular stimulating hormone (FSH) secretion. This, in turn, elevates the levels of androgen which is another common feature of PCOS.  The clinical signs and symptoms of PCOS include irregular menstrual cycles, infertility, acne, alopecia, and Hirsutism that affect the daily life of patients severely due to intensive mental pressure.

Polycystic Ovarian Syndrome (PCOS) is among the most common endocrine disorders affecting as many as ten percent of women of childbearing age. It’s not a disease and it can happen at any age. Additionally, since its symptoms are often similar to other conditions affecting women, PCOS can go undiagnosed for a while.

With PCOS, the ovaries make plenty of follicles each month without creating an egg. This disturbance in ovulation makes PCOS the most frequent cause of infertility among women. In actuality, many women will often skip their span for months, then begin bleeding heavily for days. Other symptoms of PCOS include acne and higher blood pressure. PCOS can create elevated androgen hormone levels such as testosterone, leading to abnormal facial and body hair growth. Some women develop ovarian cysts and may experience excessive weight gain–despite diet steps and exercise.PCOS is often temporary, often occurring in women going through puberty because their ovaries attempt to establish a regular menstrual pattern. PCOS also occurs in women during the transition years of perimenopause (when a woman’s ovaries stop producing eggs and menstruation becomes less frequent).

A significant problem related to PCOS is growth in high muscle sympathetic nerve activity. This constricts the body’s blood vessels, which may increase a woman’s chances of developing diabetes and high blood pressure, two important contributors to a heart attack or stroke.

The exact etiology behind the disease is still a mystery and accounts for the spectrum of abnormalities. It is diagnosed on the basis of hyperandrogenism, oligo-ovulation or anovulation, and the presence of polycystic ovaries.

Modern science offers a variety of treatments for PCOS. However, these treatments are often prone to have negative side effects. Recently, it has been reported that acupuncture may be useful for improving the symptoms caused by PCOS thus indicating the importance of the use of such treatments.

How does Acupuncture treat PCOS?

Clinical and experimental evidence shows that acupuncture is a suitable alternative or complement to pharmacological induction of ovulation, without negative side effects. Acupuncture modulates regulatory systems, including the sympathetic nervous system, the endocrine system, and the neuroendocrine system. Randomized clinical trials are warranted to further evaluate the clinical effects of acupuncture in reproductive disorders.

Acupuncture therapy is one of the pillars of Traditional Chinese medicine and is used worldwide to enhance fertility, and improve various PCOS symptoms. In treating PCOS with acupuncture, needles are placed along the acupuncture meridians about the reproductive system. This helps stimulate the organs, improve blood circulation, normalizes hormone levels and promote the proper functioning of the reproductive system. The therapy directly acts on the ovaries to lower the release of male hormones. It also inhibits uterine central sympathetic nerve activity and improves the blood circulation to the uterus as well as the ovaries.

Acupuncture for PCOS modulates the sympathetic outflow through spinal reflexes and causes increased release of central β-endorphin that helps reduce stress, anxiety or depression. Thus, the Acupuncture technique for PCOS is considered to be most suitable over conventional methods because it offers complete treatment with minimal side effects.

It has also been suggested that electroacupuncture therapy for PCOS can be more quantifiable when compared to manual acupuncture, as its employment may reduce the risk of bias.

See: Best Menstruation holistic providers near me (or online)

1. The Kidney point 10
Location: It is located behind the knee cap, on the medial side of the popliteal fossa, right between the tendons.
Benefits: It helps  balance your hormones and beneficial in treating PCOS Impotence and metrorrhagia
2.     Liver point 14
Location:  On the inferior side of the thoracic rib-cage on the chest, directly below the nipple, in between the 6th and 7th  intercostal space.
Benefits: it harmonizes the liver, regulates Qi, beneficial in depression by calming Shen.
3.     SP12 (rushing door)/ Sp13 (mansion cottage)
Location: both the points sp12 and sp13 are situated in the pelvic area, 4 inches below the umbilicus, where the leg joins the trunk of the body.
Benefits: Stimulating these two points can help release menstrual discomfort, cramps, abdominal pain and regulates Qi.
4.      Points CV6/ Sea of Energy
Location: Located on the lower abdomen, two finger widths below the belly button.
Benefits: Stimulating this point relieves PMS, helps fight reproductive problems, menstrual cramps, irregular vaginal discharge, constipation and irregular periods.
5.    ST29/The Returning Point
Location:  Located on the lower abdomen, two thumb widths away on either side of your abdomen, below the umbilicus.
Benefits: Abdominal pain, normalizes Menstrual cycle, amenorrhea, prolapse of the uterus
6.    UB27/ Sacral Points
Location: Located at the base of the spine on the sacrum, right above the tail bone.
Benefits: Helps relieve menstrual cramps, abdominal distention, pain, and leukorrhea.
7.   Hipbone points/  Womb and Vitals
Location: On the lower abdomen, approximately two finger widths at the base of the spine measured outside the sacrum.
Benefits: Helps relieves pelvic stress, menstrual cramps, sciatica, and urinary problems.

Scientific studies in Acupuncture for PCOS

The primary outcome of this study was to evaluate and improve the monthly menstrual frequency in women, while the secondary outcome measures will include the difference in anthropometrics, serum hormone levels, anxiety and depression, ovarian morphology, and quality of life.

After the completion of the treatment and 12 weeks post-intervention follow-up it was concluded that Acupuncture may improve the menstrual frequency of women with polycystic ovary syndrome (PCOS) along with its associated symptoms.

This clinical study aimed to evaluate the effectiveness of Auricular acupuncture in treating women suffering from insulin resistance and PCOS. A total of 60 eligible patients were randomized into either intervention group that received auricular acupuncture (AA) and a control group that received sham auricular acupuncture treatment. The treatment duration lasted for 12 weeks. Primary outcome measures of the study included evaluating the changes in homeostasis model assessment of IR between baseline and after 3 months of AA/sham AA treatment. Secondary outcomes included assessing hormonal profile, blood pressure, weight, body mass index, waist/hip circumference, acne and the assessment of the health-related quality of life.

Auricular point’s acupressure (AA) may serve its benefits in both physical and psychological well-being for management for PCOS.

See: Acupunture helped me to get positive results dealing with my female hormonal problems

3. A 16-week study conducted by Swedish researches at the University of Gothenburg found that exercise and electro-acupuncture treatments could reduce some symptoms of PCOS. They randomized 84 women with PCOS, aged 18-37 yr, to 16 wk of low-frequency EA, physical exercise, or no intervention. The primary outcome measure changes in the concentration of total testosterone (T) at week 16 were analyzed. Swedish researchers were looking for a long-lasting remedy for PCOS without adverse side effects. During the 16-week study, the girls with a mean age of 30 years went through 14 acupuncture treatments. Acupuncture was applied to the abdominal muscles and back of the knee, factors connected with the ovaries. The needles in the abdomen and leg were stimulated with a low-frequency electrical charge–enough to stimulate muscle contractions without causing pain or discomfort. The study revealed that the electro-acupuncture remedies led to more regular menstrual cycles, reduced testosterone levels and reduced waist circumference (but no drop in body mass index or weight).  Low-frequency EA and physical exercise improved hyperandrogenism and menstrual frequency more effectively than no intervention in women with PCOS. Low-frequency EA was superior to physical exercise and may be useful for treating hyperandrogenism and oligo/amenorrhea. The authors noted that their study had some limitations, including small sample size. [5]

See: Acupunture sessions helped me to deal with hormonal disorders

1. Positive Effects of Acupuncture on Menstrual Irregularity and Infertility in a Patient with Polycystic Ovary Syndrome.[3].

A 32-year-old female diagnosed with PCOS ten years ago presented to receive acupuncture treatment. She was suffering from menstrual irregularity, obesity, and infertility for five years and amenorrhea for the last one year. She was taking combined oral contraceptives but discontinued due to excessive weight gain. After investigating her she was given 24 acupuncture treatment sessions twice a week for three months.

After receiving 2-3 acupuncture treatments the patient started to have regular menstruation, she even lost 8 kg in three months and her body mass index was also reduced to 29.7 kg/m2. However, she couldn’t continue the acupuncture treatment as she became pregnant after two months

A 19-year-old woman who was diagnosed with PCOS 5 years ago was complaining of menstrual irregularities and amenorrhea from the last 3 months. The medications prescribed to her showed no significant therapeutic effect. Upon investigation through the ultrasound examination, it was revealed that she was suffering from bilateral polycystic ovaries. She underwent electroacupuncture (EA) treatment for 4 months where she took 14 sessions. During the 16th weeks of follow up, an ultrasound examination revealed the complete disappearance of her polycystic ovaries. A good sign of ovulation was also observed with an increase in endometrial thickness. Her menstrual irregularities were almost completely eliminated along with a reduction in luteinizing hormone (LH) when compared to follicle-stimulating hormone. She was followed up for another 6 months where she still continued to have regular menstruation.

This concluded that the use of electroacupuncture can improve patient symptoms by reducing sympathetic tone in the arteries of uterine and ovaries.

See: I have a healthy baby and overcome PCOS with help of Ayurveda

Acupuncture is a very old method of treatment in Chinese traditional medicine that stimulates the body’s own healing power. Acupuncture is a simple technique but needs to be performed by a certified experienced professional. It is performed by stimulating predefined points on the body. Acupuncture is thought to provide good results for infertility, ovulation, metabolism, and ovarian blood flow through its effects on the neuroendocrine system, immune function, and mood. Acupuncture is an affordable method of treatment with a low risk of adverse effects. Positive effects of acupuncture have been demonstrated on menstrual frequency as well as in some diseases with endocrinological disorders such as PCOS and multiple pregnancies. Acupuncture along with lifestyle modification and dietary changes are also known to show remarkable effects in patients suffering from PCOS.