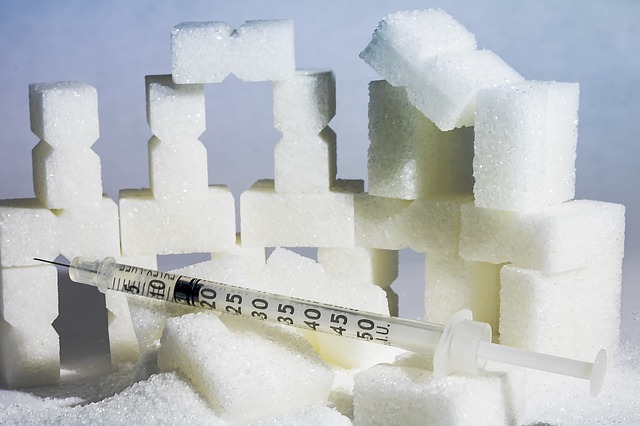 Diabetes Isn’t Just About the Sugar in Your Coffee:
Much has been said of Diabetes and Diabesity as symptoms of high blood sugar, but that concept by its very nature is an oversimplification. There are many potential causes of high blood glucose, not merely ingestion of carbohydrates and simple sugars. In order to gain a better understanding of the causes of high blood sugar, we will need to develop a broader definition of the word “sugar”. Most people, when they hear the word “sugar”, think immediately of white table sugar.

See: How To Lower A1C Overnight

What is Sugar – Really?

Nutritional sugar is comprised of varying proportions of the following component molecules: sucrose, glucose, fructose, lactose, maltose and galactose. When sugar ends up in the human bloodstream,  it ultimately ends up as glucose, which will either be burned as energy by the body or stored as body fat if there is an excess of glucose floating around in the bloodstream. Of the six simple sugars, fructose is the only one that the liver is unable to convert to ATP (energy), it is shuttled directly into the fat cells in the form of triglycerides, which are basically sugars that have been turned into “storable fat”. Sugar in the blood stream is called “blood glucose”, sugar stored in the liver and muscles is called “glycogen”, sugar in food is called “carbohydrates”. Sugar, carbs, glucose, glycogen, triglycerides, are all the same guy wearing different costumes.

Besides dietary carbohydrates, what else can raise blood glucose? The stress hormone, cortisol. When cortisol goes up, insulin goes up and triggers fat storage. And when cortisol rises, blood glucose also rises because the liver dumps a big load of glycogen that it has stored away for an emergency situation, such as being chased by a wild animal. When there is no wild animal around for us to run away from, the extra sugar that the liver has dumped into the bloodstream has nowhere to go except into our fat cells as triglycerides because the stresses that we experience in modern life is not usually followed by an extremely strenuous physical activity. When your boss yells at you, do you run away from him at full speed?

See: How to reverse prediabetes

It’s All About the Hormones!

So what does all this have to do with diabetes and nutritional deficiencies? It’s all about the hormones! Insulin signaling by the pancreas, stress-induced cortisol, cortisol-induced adrenal dysfunction, adrenal-induced thyroid dysfunction, all lead back to nutritional deficiencies affecting hormonal function affecting glucose metabolism, which then leads to insulin resistance and poor glucose metabolism, hence resulting in Diabtes Type II and Diabesity. Clearly, there are numerous lifestyle factors involved in this metabolic crisis, but one of the most important factors in managing a healthy metabolism is supplementation with vitamins, minerals and herbs that have a proven impact on healthy glucose metabolism, insulin sensitivity (a good thing) and endocrine health, e.g. Vitamin D, Vitamin C, Chromium, Vanadium, Biotin, Alpha Lipoic Acid, Gymnena Sylvestre, Bitter Melon, Fenugreek, Milk Thistle, Curcumin, Cinnamon and American Ginseng, to name only a few. We now know that there are even naturally occurring compounds that can help rejuvenate pancreatic Beta cells in diabetics whose pancreas has begun to fail in the task of producing insulin. Our job in reversing diabetes is requisite upon the judicious use of appropriate nutritional supplements targeted by selection and dosage specific to each individual patient’s prognosis. The treatment for Diabesity is not “one size fits all’.