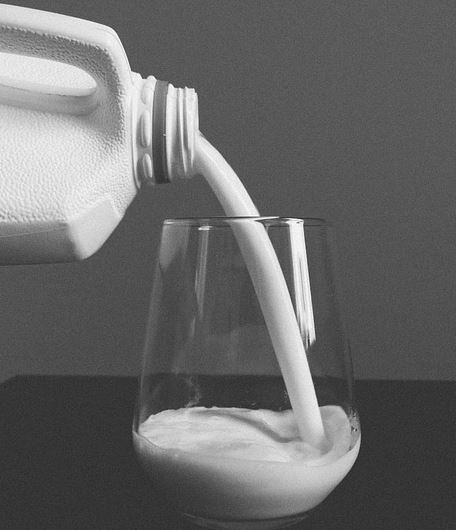 Homemade buttermilk is the slightly sour liquid that is left over after whole milk is churned into butter.  Buttermilk is lower in fat than regular milk it’s been taken out to make butter.  There are lots of health benefits that could be related to cooking with buttermilk, such as being a digestive aid and other possible health properties associated with its abundant vitamin and mineral makeup.   It is available in liquid, frozen, or powder form.

Ayurvedic buttermilk is very different from that which we call buttermilk from the West.  This is often utilized to restore the beneficial intestinal bacteria — a special and difficult task.  It’s extremely great for assimilation and provides a superb source of crucial digestive microbes.  Ayurvedic buttermilk is far better than yogurt or lassi for lightening emotions, since it’s a lighter drink that doesn’t increase Kapha.

It helps restore the beneficial bacteria in the intestinal tract, thus helping digestion and assimilation.  Buttermilk is named Takra in Sanskrit.  Buttermilk is just one of the frequent food item described in Ayurveda to use for a variety of kinds of disease. In present era it’s also employed as regular  food item in the majority of the sections of India. In Ayurveda it is clarified that the Agni dushti (Imbalance in Digestion) is the main cause for all of the disease and Buttermilk is quite beneficial in the disease due to this imbalance of digestion or in metabolic disorders.

In Ancient Sanskrit textbook named Vaidyakiyashubhashitasahitya, it’s noted that God in heaven got immortality because of AMRUTA (nectar) and in the world Takra (Buttermilk) is for people to be immortal.

Buttermilk also finds a special mention in Ayurveda, and is described as a beverage that gods are envious of that reveals the many advantages of this drink.  It’s believed to increase circulation, detoxifies and cleanses the system and beneficial to people with diarrhea and IBS.  The other ailments that Buttermilk helps in healing are hypertension, arthrosclerosis and heart disease.  Various methods of preparation together with the quantity of water is used for different Kapha, Vata, Pitta systems.

People who have digestive problems are often advised to drink Buttermilk as opposed to milk, as it’s more quickly and easily digested.  Buttermilk has more lactic acid than skim milk.  Buttermilk made in the home is a rich source of probiotics.  Like Yogurt or kefir, buttermilk which has active cultures can help build healthy bacteria in the gut that may have been lost because of taking antibiotics.  These wholesome bacteria improve digestion, aid in nourishment, and fight digestive difficulties from flatulence to Crohn’s disease.

People suffering from indigestion or reflux might realize that the abundance of buttermilk soothes an inflamed esophagus.  If you want these digestive health properties, check that Your buttermilk includes live cultures.  Buttermilk that’s been pasteurized will have killed the bacteria and cultures after it generated the tangy acid.

Other health benefits of buttermilk

Takra is for health of digestion and this means the entire health of the entire body and mind.  Ayurveda uses buttermilk both to maintain health and to treat diseases.  Butter milk is easy to digest, has sour and astringent tastes and is hot in nature. Buttermilk enhances digestion and mitigates Kapha and Vata.

See: Ayurvedic practitioners near me

As buttermilk is considered hot, and should be avoided in summer, or by people who have suffered any trauma or injury. It should also not be taken by people sensitive to or allrgic to lactose.