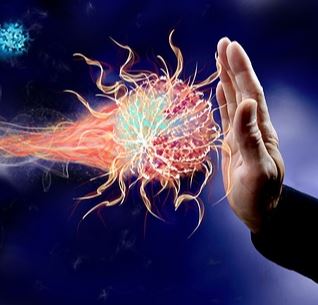 What is the immune system?

What’s the immune system: The immune system is a collection of various cells that act to defend the body from external germs, bacteria, particles, and toxic chemicals. It’s made up of two significant categories of cells that are the innate immune response (phagocytes, NK cells, granulocytes, and physical barriers) as well as the adaptive immune response (B and T lymphocytes, which are generated in the bone marrow and lymphatic system).

How can you boost the immune system?

How Can Traditional Chinese Medicine Boost the Immune System?

First and foremost, it’s essential that a healthy diet, exercise, and lifestyle habits are being followed for a properly functioning immune system. Below are some useful herbs and acupuncture factors to boost the health and immune system. However, the trick to gaining results through the herbs is by locating the appropriate herb(s) to suit your own constitution. These herbs are not to be typically used for general use but must be prescribed based on the person’s condition by a TCM practitioner who will help you with any weakened organs that may cause lowered immunity.

Here are Asian herbs for managing the therapy of COVID-19. Qing Fei Bai Du San is a recently developed Chinese herbal formula for managing the symptoms of the coronavirus caused disease, COVID-19 in Wuhan, China. It can reduce the symptoms and accelerate the recovery for many. Korean Sasang herbal formulas for flu/cold are specific for the constitutions. Notice that most of the ingredients in Qing Fei Bai Du San are also for Sasang four constitutions.

• And for a dry constitution, Re Da Han Xiao Tang. These formulas work well for cold and flu as well.

• There is no herbal formula for a damp type because this type is rare.

These Sasang formulas are also tonic, so they can be used to improve the immune system even before they catch a coronavirus.

Other herbs for boosting immunity

– Astragalus Root (Radix Astragali, Huang Qi) offers deep-level immune support while helping the body in adapting to everyday stress. Astragalus is an herb that’s been considered foundational in traditional Chinese medicine for centuries. Astragalus promotes healthy immunity in the occasional physical and psychological stressors and supports healthy immune functions. Astragalus has been used to support the liver and the complex immune system (at the cellular level). This herb is known as an adaptogen, helping encourage the body’s adrenals by allowing the body to naturally adapt to daily stress. However, it mostly functions to strengthen the already existing immune system rather than to attack the pathogenic agents.

The Asian Ginseng is one of the most widely known of the over 30 unique species of Ginseng. But do not confuse the other species (American, Siberian, Pseudoginseng) as they possess unique properties. Asian Ginseng is another terrific immune booster that works by increasing the impact of all of the cells from the immune system, both innate and accommodated. Many athletes also use Ginseng because of its effect of boosting endurance and strength, in addition to the ability to boost cognitive capacity and alertness. Asian Ginseng also has many anti-oxidants to boost heart health and diabetes. Additionally, it’s powerful anti-inflammatory impact helps with many inflammatory conditions.

The other popular species of Ginseng is the American type. Like the Asian form, it’s a powerful act of boosting the immune system by increasing the effects of all the immune cells, both inherent and accommodated. Other advantages of American Ginseng are its capability to inhibit tumor growth as an anti-cancer agent, as an aid in sports improvement, and its impact on treating diabetes. Like the Asian version, it’s not for prolonged use. Patients acceptable for using American Ginseng may have dry mouth/throat, hungry readily, and feel helpless.

In a peer reviewed study published in the Lancet (https://www.sciencedirect.com/science/article/pii/S1043661820307556?via%3Dihub) it was revealed that from 102 verified infected patients in one study at Hubei displaying mild symptoms of This Covid-19 disease, nearly all recovered only on TCM concoctions alone with symptoms and fevers reduced even shorter compared to using antivirals and CT scans showed radical improvements to the lungs combined with NATS (nucleic acid tests) that revealed adverse presence of the SARS-CoV-2 coronavirus (notice that residual dormant levels of the virus will exist in most recovered as the NATS can’t pick up viral loads less than 90 copies per ml correctly)

Additionally, in the cases of patients with acute conditions, the utilization of those concoctions alongside different antiviral protocols helped to hasten the process of healing.

From the 16th of February onward, nearly 87 percent of all remedies nationally in China comprised TCM as part of their treatment protocols.