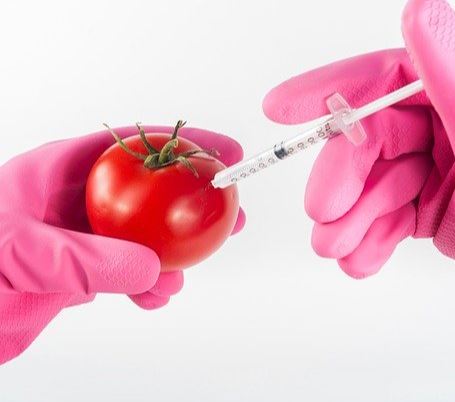 Genetically Modified Organisms (GMOs) have been in the news off and on for some years now. As much as GMOs are on the news, many myths are surrounding them. Not many people are precisely aware of GMOs or their use. Genetic engineering is the science of using a gene or genes from one species to alter the characteristics of the very same species or another one. The offsprings inherit the new modified genetic composition.

Genetic engineering has been used in agriculture for many years to improve harvests, control pests, help plants tolerate herbicides like weed killers, and enhance profits. Recently, genetic technology has also been used for targets like making plants more drought-tolerant or more healthy. Some plants have multiple gene modifications for several benefits.

We take a look at some GMO facts to help you understand GMOs better, their pros and cons, and whether GMOs are safe for human consumption or not.

What is GMO food?

The first of the many GMO facts revolve around understanding clearly what GMOs are all about. GMO means genetically modified organisms. They are living microorganisms whose genetic material has been altered artificially in a laboratory with the use of genetic engineering. This process can then create various combinations of plant, animal, virus, and bacteria genes that you will not find in nature.

In most cases, GMOs have been produced to withstand the application of insecticide or herbicide. However, today with many newer technologies, GMOs have been artificially designed in such a manner that they are automatically resistant to many things. For example, GMO apples are known to be resistant to browning.[1] Then there are the recently approved genetically modified (GM) potatoes that are resistant to bruising and are also said to produce less of the cancer-causing chemical acrylamide when exposed to high levels of heat.[2]

GM foods can today be made from corn, soy, and many other crops that are explicitly grown from seeds that have genetically altered DNA.  According to data from the US Department of Agriculture, GM seeds are today being used for planting nearly 90 percent of all soybeans, corn, and cotton are grown not just in the United States, but worldwide as well.[3 ]

Unless you make a conscious effort to avoid having GM foods, they have most likely found their way into your diet already.  So by fundamentally changing an organism’s genetic makeup, we can change the essential characteristics of that organism. But, are GMOs safe for human consumption?

Many anti-GMO activists believe that GMOs cause environmental damage and can also pose health problems for consumers.

For example, an anti-GMO organization, the Center for Food Safety, has called the genetic modification of animals and plants to be potentially “one of the greatest and most intractable environmental challenges of this century.” [4]

Additionally, another group of anti-GMO activists known as the Institute for Responsible Technology has said that GM foods are associated with toxic and allergic reactions in people. It leads to sickness, sterility, and dead livestock, and also causes damage to nearly every organ in animals that have been studied in the lab.[5]

However, the vast majority of research that has been done on GMOs has suggested that they are safe to consume and they also have the potential to feed thousands of people around the world who are suffering from extreme hunger and poverty.[6]

There is an argument offered by many anti-GMO activists that proclaims that GMOs are far too new for us to determine whether they are safe or dangerous. However, this statement is not entirely true because genetically engineered plants have been around for nearly 30 years now. GM crops have been a commercial product since 1994, and since then, there have been almost 2,000 peer-reviewed safety studies that have shown that GMOs are neither more nor less risky than other conventional crops.[7]

Are GMOs Safe To Eat?

The position on GMOs by the nonprofit consumer advocacy group CSPI (Center for Science in the Public Interest) has been published in a well-researched, 19-page report.  CSPI has stated “There is not any evidence whatsoever that present genetically engineered foods such as sweet corn or papayas, or ingredients made from genetically engineered crops like corn or sugar meal, pose any threat to humans. The U.S. FDA (Food and Drug Administration), the National Academy of Sciences, the European Food Safety Agency, and many other international regulatory agencies and scientific bodies have all reached that same conclusion.

For example, in the crop fields and the food production line, using GMOs translates into more crops being produced. It also means higher nutritional yield, chapter crops, and decreased use of pesticides. Less farming land is required and increased food production for millions of starving people in the world.[9] Furthermore, GM foods are also claimed to have a higher nutritional value of food and added health benefits for people.  Added health benefit for people is seen to be especially beneficial in developing countries where such GM foods can be used to cure many diseases.

For example, in the United Kingdom, researchers have been successful at developing a GM strain of golden rice, which is known to help decrease deficiency of vitamin A and also eliminate childhood blindness in many developing countries.[10]

Many critics have been critical of GMOs for their negative impact on health, such as allergies, cancer, and antibiotic resistance. But research on these concerns has proven that the concerns are not true, and have not been validated by the evidence.

If your diet is mainly whole, unprocessed foods, it’s largely free of GMOs.

Having said that, many new genetically engineered fruits and vegetables are going through the federal approval process, and might soon be available for consumption. Additionally, overreliance on some genetically engineered plants (mainly those resistant to herbicides) has resulted in environmental problems, by way of instance, weeds that develop resistance to the herbicides. However, these problems could be reduced through smarter farming practices, like rotating crops.

Stringent regulations control the use of GMOs

Another GMO fact that many people overlook is that there are strict regulations in place regarding the use of GMOs. Though GMOs are known to be highly beneficial, the use of GMOs still has specific risks associated with them, and this is why they are heavily regulated in most countries. However, since the regulations regarding genetic engineering vary significantly from country to country, these differences also create a significant difference when it comes to GMO regulations.

What’s more, 64 nations in the world require all GM foods to be labeled that they are Genetically Modified Foods. These countries include Japan, Australia, and all the countries of the European Union. However, countries like the United States and Canada do not require any GMO labeling.

Nevertheless, in the US, the National Bioengineered Food Disclosure Standard was published in December 2018, which proposes the start of mandatory GMO labeling within the country.[12] This law, also known as the DARK Act, mandates that all products containing GMOs will have to be labeled by the end of 2022.

The use of genetic engineering in growing crops and foods is growing and expanding around the world at a rapid pace. GM crops are today being widely cultivated in various parts of the world to allow the maximum number of people to experience the benefits of these crops. With many questions associated with the safety of GMOs, there are many doubts in the minds of people. Are these GMO foods are safe or not? There is also no denying the fact that GMOs can solve the hunger of the poor and underdeveloped parts of the world. And that is a bigger debate we should all be focusing on – providing food to millions of hungry people in the world.