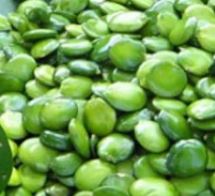 5-HTP may be the most important and amazing amino acid that you have never heard about. It’s much more likely that you have heard of serotonin, which is truly a chemical messenger that sends signals between your cells. An adequate supply of serotonin has a massive effect on your brain. It’s vital for regulating many distinct elements of your mood, including depression and anxiety. Additionally, it affects things like hunger, sleep, and memory.

5-HTP (5-Hydroxytryptophan) is a chemical produced in the body from the amino acid tryptophan (an essential amino acid that you get from food). It’s a precursor to the neurotransmitter serotonin and the hormone melatonin. The compound is transformed into another serotonin chemical once tryptophan is converted to 5-HTP (a neurotransmitter that relays signals between brain cells). Dietary supplements with 5-HTP help raise the brain’s serotonin levels. Since serotonin helps regulate mood and behavior, mood, sleep, anxiety, appetite, and pain sensations may be positively affected by 5-HTP.

5-HTP is produced from the seeds of an African plant, Griffonia simplicifolia. Nutritional supplements have become popular. It’s believed that supplying the body with 5-HTP in pill form may raise the body’s serotonin levels, like the antidepressants considered to increase the amount of serotonin available to the mind.

5-HTP isn’t found in the foods we consume, although tryptophan is found in foods. Eating foods with tryptophan doesn’t raise 5-HTP levels very much, however. As a nutritional supplement, 5-HTP is produced from the seeds of an African plant called Griffonia simplicifolia.

The presence of a contaminant called Peak X in tryptophan supplements was discovered in 1989. Researchers thought that the contaminated tryptophan could be traced to an outbreak of EMS, a potentially deadly disease that affects the skin, muscles, blood, and organs. All tryptophan supplements were pulled off the market by the Food and Drug Administration. Since that time, Peak X has also been found in certain 5-HTP supplements, and there have been a few reports of EMS related to taking 5-HTP. As a result of this concern, however, you should speak with your medical care provider before taking 5-HTP, and be certain you make the supplement from a trusted manufacturer.

5-HTP can help treat a wide variety of ailments associated with low serotonin levels, including the following:

Up to now, scientific support for the claim that 5-HTP can treat any condition safely and efficiently is lacking. Here is a look at a few of the research studies.

– Depression: Several clinical trials have found that 5-HTP is as successful as antidepressants.﻿ For instance, at a six-week clinical trial, 63 individuals were given either 5-HTP (100 mg three times per day) or an antidepressant. The 5-HTP is as effective as the antidepressant, with fewer unwanted effects. Preliminary studies indicate that 5-HTP and certain antidepressant drugs can treat individuals with mild to moderate depression. As with the class of antidepressants known as selective serotonin reuptake inhibitors (SSRIs), including fluoxetine (Prozac) and sertraline (Zoloft), 5-HTP increases serotonin amount throughout the brain. One study compared the effects of 5-HTP into fluvoxamine (Luvox) in 63 people and discovered that those who had been granted 5-HTP did just as well as those who obtained Luvox. They also had fewer side effects compared to the Luvox group. But these studies were too little to say for certain if 5-HTP works. More research is necessary.

Migraines: Antidepressants are sometimes prescribed for migraine headaches. Studies indicate that high doses of 5-HTP might help people with many kinds of headaches, such as migraines. However, the evidence is mixed, along with other research showing no effect. Some research ﻿suggests that 5-HTP may prevent migraines and decrease the frequency and severity of migraines. However, large randomized controlled trials are required. In 1 study, 124 people were awarded 5-HTP (600 mg/day) or the drug methysergide.﻿ After six months, 5-HTP was found to be as effective as methysergide in reducing migraines’ severity and duration. Both therapies have led to a statistically significant reduction in migraine incidence.  However, with a decline in the length of episodes and the amount of analgesics used to treat episodes, the propranolol community did better.

– Fibromyalgia: Fibromyalgia is a chronic disease characterized by weakness, widespread pain in muscles, ligaments, tendons, and numerous tender spots. A double-blind, placebo-controlled study of 5-HTP or placebo was performed in 50 individuals with fibromyalgia. After four months, there was an improvement in pain, stiffness, anxiety, fatigue, and sleep. Side effects were mild and transient. Research indicates that 5-HTP can improve fibromyalgia symptoms, including pain, anxiety, morning stiffness, and fatigue. Lots of people with fibromyalgia have low levels of serotonin, and physicians often prescribe antidepressants. Like antidepressants, 5-HTP increases levels of serotonin in the brain. However, it doesn’t work for all individuals with fibromyalgia. More studies are necessary to understand its impact.

– Obesity: A few smaller studies have investigated whether 5-HTP can help people shed weight. In 1 study, individuals who took 5-HTP ate fewer calories, though they weren’t trying to diet than those who took a placebo. Researchers consider that 5-HTP led people to feel more complete (satiated) after ingestion to eat less. A follow-up study that compared 5-HTP in a diet and non-diet period with placebo found that people who took 5-HTP dropped about 2 percent of body weight during the non-diet interval and another 3 percent when they dieted. Those taking placebo didn’t lose any weight.  Many people have reported adverse effects, such as nausea. If you’re overweight, see your healthcare provider before taking any weight reduction aid. Bear in mind to shed more than a few pounds. You will have to change your diet and eating habits.

– Insomnia: Serotonin is converted to melatonin, a hormone required to modulate sleep-wake cycles. Because 5-HTP is considered to boost serotonin levels, it may raise serotonin and help normalize sleep patterns. Individuals taking 5-HTP went to sleep faster and slept more deeply in 1 study than those taking a placebo. To stimulate serotonin, researchers recommend 200 to 400 mg at night, but it may take 6 to 12 weeks to be completely effective.

You can not get 5-HTP from foods and diet. The amino acid tryptophan is what the body utilizes to produce 5-HTTPP. You can find tryptophan in milk, potatoes, poultry, pumpkin seeds, sunflower seeds, turnip and collard greens, and seaweed. In the body, 5-HTP is made of tryptophan or might be obtained as a supplement. Supplements are made from extracts from the seeds of the Griffonia simplicifolia African tree. 5-HTP can also be found in many preparations containing multivitamins and herbs.

When to take 5HTP guide

When to Take 5 HTP? Dosage Guide and Instructions

Most people are not aware of 5-HTP and the fact that 5-HTP is powerful, naturally occurring amino acid that results in the production of serotonin. There are many questions on what 5-HTP is, when to take it, and how much your doses should be.

Before beginning a new daily vitamin or nutritional supplement, don’t forget to consult your physician to make certain that it’s safe, especially if you’re on any medications. But if this is something which you are considering taking, the recommended dose for 5-HTP as a fully-grown adult is 300-400 mg, usually divided into two or three doses. If you would rather take only one dose, it’s strongly recommended to take 5-HTP before bed because it possibly will make you drowsy. It’s also usually advised that you take 5-HTP with meals, though this can differ from supplement to supplement.

It’s potentially safe for babies and children up to 12 years old to take doses of up to 5 milligrams of 5-HTP daily, however, you need to speak with your child’s physician before starting them on any dietary supplements.

Since 5-HTP can be toxic at high doses, you should speak with your medical care provider before taking 5-HTP. Your provider can help determine the ideal dose for you.

Side effects can occur with any dietary supplement if not taken properly. This is the reason it’s particularly important to follow dosage directions rather than to combine 5-HTP with specific medications. You should always check with your doctor before taking any supplements, especially if you’re now on other medications. You avoid taking 5-HTP if you’re on drugs to combat anxiety or depression as antidepressant drugs are supposed to increase serotonin in the brain also. When you combine two supplements or drugs that increase the production of dopamine, you’re at the risk of elevated serotonin levels. This could cause heart problems, shivering, and nervousness. Other possible side effects of 5-HTP contain:

These are possible side effects which you may speak to your physician about before starting a regular dosage of 5-HTP. Your doctor can guide you with doses that are right for you. This is normally recommended with new dietary supplements or drugs to help avoid possible side effects.  Individuals with liver disease, pregnant women, and women who are breastfeeding shouldn’t take 5-HTP.

If you are being treated with medicines at present, you shouldn’t use 5-HTP without first talking to your medical care provider. Individuals that are taking antidepressant medications shouldn’t take 5-HTP with no provider’s supervision. To induce serotonin syndrome, these medicines could be combined with 5HTP, Psychological changes, hot flashes, rapidly fluctuating blood pressure and heart rate, and possibly a coma are a dangerous condition.