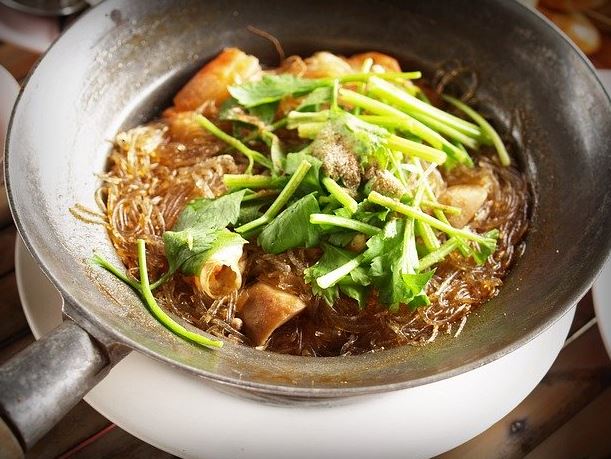 Is lemongrass safe during pregnancy?

Lemongrass, also known as citronella, is a plant with a fresh lemony aroma and citrus flavor. It is a common ingredient found in Thai cooking. It acts as an excellent insect repellent. Lemongrass essential oil is used in aromatherapy to freshen the air, reduce stress and anxiety, and soothe the mood. Research suggests that lemongrass has numerous health benefits. It has antibacterial properties, antifungal properties, anti-inflammatory properties, and antioxidants properties. As a result, it is used topically in many skin infections and used as an insect repellent. Lemongrass also helps to prevent gastric ulcers and diarrhea.

Lemongrass is considered safe if used in small amounts. If it is used in excess, it may cause the following adverse effects:

Though there are many evident health benefits of lemongrass, studies have found that it is not safe to use lemongrass during pregnancy. [1,2,3]

Is it safe to use lemongrass during pregnancy?

Scientists suggest that lemongrass, in herbal or oil form, should not be consumed during pregnancy as it contains compounds like citral and myrcene that can have adverse effects on pregnancy. Lemongrass should not be confused with lemon, and lemon is considered safe for pregnant women. Myrcene, when consumed in high amounts during pregnancy, harms the fetus’s skeletal development and can even result in miscarriage. High doses of lemongrass may even stimulate menstrual flow by rupturing the fetal membrane, which may, in turn, lead to miscarriage. It is also found that lemongrass can hinder the cell multiplication, resulting in the fetus’s weak growth. Studies show that lemongrass changes the level of blood sugar in the body. Mothers who suffer Type-2 diabetes or gestational diabetes should strictly avoid consumption of lemongrass during pregnancy. Lemongrass is even not advised to consume after giving birth to the child as the compounds citral and myrcene can be transmitted to the baby through breast milk and may trigger reactions in the baby.

However, lemongrass, if consumed in minute quantities during pregnancy, is considered. Although it is always better to consult with a doctor before consuming such foods. According to a study (Nogueira et al., 1995), the lemongrass was evaluated on pregnant rats. Different cesarean sections of the pregnant rats were investigated, which showed a transient decrease in weight gain of the fetuses during the gestational period. Signs of fetal growth and a higher incidence of minor skeletal abnormalities were even reported. Many studies have also investigated the effects of lemongrass on pregnant women, where the results suggest avoiding the use of lemongrass during pregnancy. Some of the critical side effects of lemongrass’s excess consumption during pregnancy can be found below: [4,5,6]

Consumption of excess lemongrass during pregnancy may trigger allergic reactions like skin rashes, chest pain, difficulty in breathing, and swelling.

Consumption of lemongrass is found to be a potent initiator of menstrual flow in pregnant women who may rupture the fetal membrane and lead to miscarriage.

Lemongrass consumption is found to cause harmful effects on the growth of the fetus. The overall skeletal muscle development of the fetus is affected significantly.

Consumption of lemongrass during pregnancy may reduce blood sugar levels abruptly and pose a danger for both the mother and the baby.

Although experts suggest that there are few ways through which lemongrass oil can be used during pregnancy.

A refreshing foot bath can be created by adding a few drops of lemongrass oil to a tub of lukewarm water along with some Epsom salt. It significantly helps in relieving from feet pain

Aromatic massage oil can be created by mixing a few drops of lemongrass oil along with almond, fennel, rose, or lavender oil. This mixture can be applied to affected areas of joint pain, headache, etc.

Lemongrass oil can be diluted with other oils and can be sprayed around the home as it serves as an excellent insect repellent and helps uplift the mood of pregnant women [7,8,9]

Research suggests there are numerous health benefits of lemongrass. However, its benefits for pregnant women are mostly masked by its potentially harmful effects on the mother and the baby. Lemongrass can be used in highly diluted quantities during pregnancy. But many doctors suggest that its use should be avoided. Hence, it is always best to consult with your doctor before consumption of any such foods during pregnancy to understand its effects on both the mother and the baby.