Is Your Skin Purging Or Breaking Out? 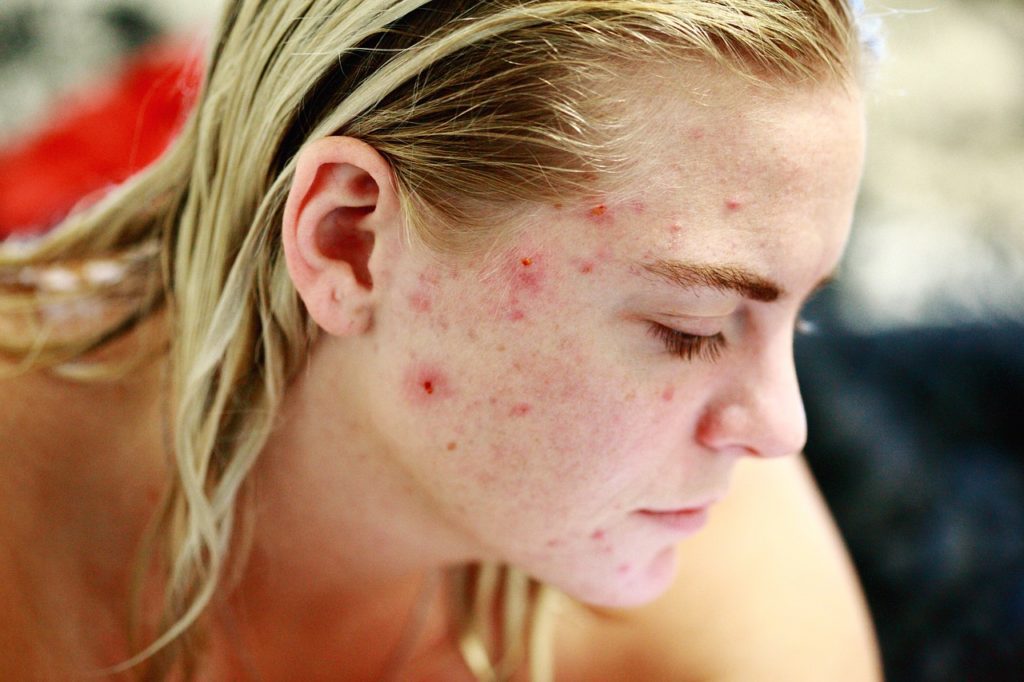 Skin purging is a natural process of renewal where your skin sheds dead cells, oil, bacteria, and particles beneath the skin’s surface. What does skin purging appear like? It manifests as clusters of tiny red bumps and little pimples that might easily be mistaken as any old breakout.

What is skin purging?

Skin Purging is the response to an active ingredient in your skincare product. It quickens the skin cell turnover rate leading to increased cell formation. This additionally means that you’ll be shedding lifeless skin cells quicker than usual. During this process, the pre-existing clogged pores underneath the surface of your skin (microcomedones, or the very beginning of an acne lesion) are driven out, causing your skin to flare up.

Is skin purging good or bad?

When our skin purges, the skin is actually pressing all the excess oil, sebum, dead skin cells, and other debris to the surface area to eliminate it. Unfortunately, this process causes breakouts, so most people assume that skin purging is a bad thing. While breakouts are bad and problematic, your skin when purging is naturally cleaning itself, which is great.

Skin purging usually occurs when you try a brand-new product. The new products are simply doing their job. Give your skin about two weeks to get acclimated, and you ought to see the breakouts disappear. If the breakout lasts longer than two weeks, there is more than likely a component in the product that is triggering irritation to your skin.

Although it might seem like something you can do by hand, skin purging is your skin’s reaction to a new product.
Skin purging occurs when you begin utilizing a new product containing chemical exfoliants such as beta-hydroxy acids, alpha-hydroxy acids, and retinoids. These exfoliants accelerate the rate at which you shed dead skin cells and change them with new cells, known as the skin cell turnover rate. It can also occur after in-office treatments, such as chemical peels, using the same ingredients.
Purging is part of a process where the skin has to bring up all of the gunk in the inner layers to the surface to ultimately get rid of it. When your skin presses the sebum, dirt, and bacteria up and out of your pores, you’ll experience what appears to be acne or a breakout in the form of clusters of tiny, red bumps and pustules.
Discouraging as this may seem, it’s may not always the product’s fault. The pimples caused by a skin purge were always developing below the surface area of the skin. The new product just sped up the procedure.
It is common for a skin purge tends to show up in locations where you’re currently susceptible to breakouts: Those are the areas where there are already clogged up pores and an excess of oil and bacteria.

Purging results from the skin’s response to an active aspect in the product that causes an improved cell turnover rate. Purge breakouts may be in the form of a mix of whiteheads, blackheads, acne, or cysts.

Ingredients that can trigger skin purging

Common ingredients which could trigger purging

Is your skin purging or breaking out?

If you’ve got acne-prone skin, it may be tough to tell if what you’re dealing with is a breakout or a purge. However, right here are some things to look out for. First, it isn’t purging if your product does not incorporate any active exfoliating components and gives you breakouts. Second, after using a skincare product for over four weeks, a sudden appearance of acne suggests a breakout and not pores and skin purging.

A skin purge can look like a breakout, but it’s the cause that’s different. Some crucial differentiating elements can suggest whether the pimples and bumps you’re seeing are the outcomes of skin purging vs. a breakout caused by tension or hormones.

Examine new items you’ve just recently incorporated into your skincare routine. If you’re not utilizing anything that contains chemical exfoliants, it’s very not likely that your skin is, in fact, purging.
Another key distinguishing aspect is that skin purging normally manifests as clusters of small, red bumps and pimples that all appear simultaneously. They might be rather tender to the touch, however not nearly as agonizing as a one-off, deeply-lodged, inflamed imperfection such as a cyst.

Breakouts that are the outcome of a skin purge will heal faster than other blemishes. Due to the fact that they’re caused by an increase in cell turnover rate, the recovery process also occurs more quickly. In other words, watch on the length of time your newly-formed pimples last. A breakout from a purge is most likely to show up and vanish in about five days after that.

Signs your skin is purging

How should you deal with skin purging?

In a non-comedogenic formulation, if the skin barrier is compromised while you see purging, start ingredients that help with barrier repairs, such as ceramides and hyaluronic acid. If you’re using a remedy or product, continue with a slower approach.

Once a purge is taking place, there’s very little you can do other than be patient. You can’t stop the purging process once it has begun. At this stage, the skin is highly vulnerable and delicate so prevent touching your face till the pimples heal. Likewise crucial: Keep all of your sheets and pillowcases tidy during this time, as they’re a sly source of added bacteria.

Usually, you can keep using the active product that’s causing the purge, but don’t utilize anything else which contains active ingredients (including items specifically for acne or breakouts). Keep the rest of your skincare routine extremely simple: simply a mild cleanser, moisturizer, and SPF. Wait it out, and you should begin to see an enhancement within five to seven days.

A few situations may force you to completely stop utilizing that said brand-new product. If you’re experiencing redness, inflammation, burning, stinging, or rashes, particularly if they’re widespread, these are not indications of purging, however rather of an allergic reaction. Terminate usage immediately.

It is critical not to be aggressive when you see purging and understand it may be a component and parcel of getting first-class results for your skin. When it takes place, deal with the skin gently – don’t try to pick or exfoliate away the papules because that might make matters worse. Instead, slow down the use of products in case your skin is feeling dry and tight; hydrate the skin with a mild purifier or a low percent salicylic purifier, in addition to noncomedogenic moisturizers. At the clinic, remedies such as LED light may be very beneficial to calm the skin.

How long does purging last?

The precise information is that this annoying side effect is temporary. How lengthy purging lasts relies upon the individual, however on average, it lasts approximately a month. If at the 6-eight week mark you do not see that your skin is beginning to improve, this is probably a time to forestall the usage of the product or see a professional.

Tips to prevent and deal with skin purging

Remember to protect and take care of your pimples by not probing them with your hands or using harsh pimple lotions or scrubs. Powerful skincare products might not be able to cast off those pesky spots quicker. Instead, it’ll worsen the hassle and can make it worse.

To accelerate healing from the purge, help your skin stay in its first-class form by keeping it hydrated. In addition, it’s beneficial to apply mild moisturizers and cleansers.

Avoid exposing your skin to the sun while you have a purging episode, and constantly remember to apply sunscreen!

Skin purging is a natural process of de-gunking itself, and it takes place for many after using brand-new products. It is prudent to be patient and provide your skin time to adjust to any new product. It can be discouraging and tough to hold out for your skin to adjust, but clearer skin may be just around the corner. Consult with your doctor in case you have any concerns or questions. Skin purging is a natural cleansing process, and it occurs to everyone. Especially after the usage of a brand new product or getting specific treatments done. Be patient and give your skin time to adjust to any new developments.