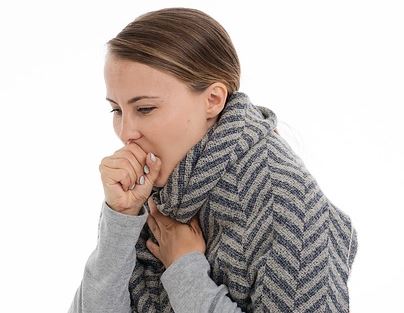 Occasional or regular acid reflux is a prevalent problem. When some people suffer from chronic and severe acid reflux, other patients are suffering from many other health issues caused by acid reflux. Heartburn and a sustaining burning sensation are the common symptoms of acid reflux, but there are cases with additional symptoms too. Can acid reflux cause cough? The answer is yes, chronic cough is one of those symptoms. Chronic cough is referred to as the one which lasts for more than eight weeks.

How can you recognize acid reflux cough?

As acid reflux is not one and the only reason for severe coughing. Thus, one can understand the cough happening due to acid reflux if:

– The coughing usually occurs at night or after having a meal.

– The patient is coughing more while lying down

– Coughing even when the X-ray reports are standard, and the patient has no sign of asthma

We have talked about some of the common symptoms to understand if the patient is suffering from an acid reflux cough, but to get some medication, the patient still needs to go through a process of diagnosis. It is difficult to diagnose that the coughing problem is taking place due to acid reflux. Upper endoscopy or EGD are some of the standard test measures that the doctors prefer to diagnose cough due to acid reflux.[3]

How does acid reflux cause coughing?

When heartburn and burning sensation are the common symptoms of acid relax, then how it causes coughing? While in many cases, coughing can be caused by acid reflux, coughing can even worsen by acid reflux problems too. There are two possible ways of a cough occurrence due to acid reflux.

One proposes that that cough acquires a reflex action by acid reflux, which raises the acid in the stomach to the food pipe.

Another possible way of occurrence proposes that when the acid from the stomach rises to the food pipe, it creates tiny droplets of stomach acid in the voice box of the throat. Acid reflux and coughing up mucus is known as laryngeal pharyngeal reflux.

LPR: Laryngeal pharyngeal reflux is somehow very similar to the acid reflux, though it has different symptoms than the acid reflux. When the acid from the stomach comes in contact with the throat, it causes inflammation and is followed by coughing, throat clearing, and a feeling of something stuck in the throat.[5]

The coughing caused by acid reflux is treatable, and the treatments aim to reduce the reflux so that it doesn’t worsen the cough problem. Medication, dietary changes, and lifestyle alteration are some of the possible treatment measures for coughing due to acid reflux.

– Lifestyle Changes: Lifestyle changes are one of the possible and most feasible methods to treat coughing happening due to acid reflux and maintaining a healthy Body Mass Index to reduce the pressure on the stomach. This way, the amount of acid refluxing to the food pipe will reduce. Stopping smoking is another way to stop coughing, and it also reduces the possibility of getting affected by acid reflux problems. Eating slowly and eating smaller meals are suggested to the ones who are suffering from acid reflux and coughing due to acid reflux problems. It is always better to have the food at least 2 to 3 hours before going to bed as acid reflux raises at the night time.

– Dietary Changes: Changing some nutritional habits and adding some elements to the diet can help the patients to deal with acid reflux and coughing due to acid reflux. The patients suffering from an acid reflux problem must ignore having caffeine, alcohol, mint, garlic, citrus, chocolate, spicy and high-fat foods, tomatoes, and some other things.

– Medication: Some medications are prescribed to the patients suffering from coughing caused by acid reflux. The main motto of the treatment remains to reduce the amount of reflux to have control over coughing.

– Antacids: There are many over the counter antacids available in the market that the patients can choose to have to take control of the acid reflux and can stop it from causing more severe coughing.

– H-2-Receptor Blocker: These medications can reduce acid production in the stomach for 12 hours. The patients can get the medicines over the counter or even on prescription.

– PPIs: PPIs work the same way the H-2 receptor blockers do, but they are more powerful, and they can stop the acid production in the stomach for a longer interval. Reducing the acid production in the stomach gives the tissues of the esophagus enough time to heal and also reducing the severity of coughing. The PPIs are also accessible by the patients over the counter and on prescriptions. [8]