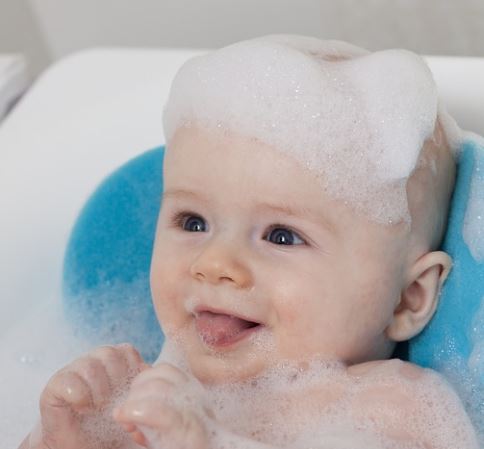 Breast milk is the most precious liquid for any baby. It nourishes the baby from both the inside and offers immunity. Breast milk is a highly nutritious liquid produced by the mamillary glands of women after childbirth. It contains proteins, carbohydrates, vitamins, minerals, and antibodies that help provide the necessary baby nutrients as well as protect the baby from any harmful infections. The fat content of breast milk contains compounds like lauric acid, palmitic acid, oleic acid, etc. They are widely used in cosmetic products as skin moisturizers. They are highly beneficial for the hair and skin of the baby.

What is a breast milk bath?

After a baby is born, its digestive system is quite weak to digest any food given to them. They completely depend on breast milk from their mother, which provides the necessary nutrients for growth and development. As per studies, babies must consume only breast milk up to 6 months after birth. Breast milk is packed with a long list of active germs fighting agents and health-promoting nutritious ingredients. Colostrum, the milk produced by mothers after the first few hours of delivery, is known as “liquid gold” for babies as it is extremely nutritious and packed with immunoglobulins that protect the baby from harmful bacteria and viruses.

Some babies suffer from acne breakouts due to the presence of their mother’s hormones in their blood. The fatty acids found in breast milk like lauric acid possess antibacterial properties and can be used to fight against acne. These fatty acids even help in reducing spots and discoloration of the skin.

Inflammation may arise on the baby’s skin due to the accumulation of waste products in the baby’s nappy. The white blood cells (WBCs) and antibodies present in breast milk help in smoothing a diaper rash and event prevent skin irritation.

According to studies, it is found that many infants are affected by eczema within six months after birth. Many mothers started giving their babies breast milk baths, which was found to reduce symptoms of eczema as well as was also found effective in treating psoriasis. A study in 2015 found that breast milk bath was equally effective as hydrocortisone 1% solution in treating mild to moderate eczema.

As discussed earlier, breast milk contains numerous germs fighting cells, commonly known as white blood cells (WBCs) and immunoglobulins. These antibodies fight against bacteria or infections which are present on the skin. Breast milk bath helps reduce the soreness and inflammation due to minor burns, cuts, and insect bites.

How to give a breast milk bath for baby?

How to make breast milk bath for babies benefit

Giving your baby a breast milk bath is just like giving them a regular bath. Simply fill the bathtub with warm water as you would typically and then add your breast milk. You may use freshly expressed milk or frozen milk – after it is thawed. As the baby is not drinking the milk, you can eliminate using breast milk that’s slightly out of date, so long as it does not smell sour. When deciding how much of your milk to put in the tub, a general guideline is sufficient to make the water muddy – involving 150ml and 300ml is generally a fantastic amount. If you’ve got more milk leftover from before, you can add a little more. However, your baby might smell a bit milky with excess use. You can let them soak in the water for about 10-15 minutes, so its skin really can absorb all of the nutrients from your own milk. Use your hands to dribble water as you bathe your baby.

Should they have any rashes, scabs, or other skin conditions that require attention, spend a little more time making sure lots of bathwater reaches them. As soon as you’ve finished bathing, there is no need to wash off your infant, just dry them with a towel.  Use a baby-safe cream to lock in the moisture and nourishment.

How many times you should bathe your baby in breast milk actually depends upon how frequently you wash them but also whether they have some skin issues you are trying to deal with. If you wish to give your baby breast milk baths, one or two times a week should be sufficient for them to benefit from the healing properties of your milk.

Following steps can be followed to give an effective breast milk bath to the baby:

⮚     Place the baby in the bathtub and let the baby soak in the water for around 10-15 minutes. Spread the water all around the baby’s body and massage the water over rashes or inflamed skin if any

⮚     After a good soak, remove the baby from the bathtub and gently pat dry the skin. Do not rub the skin as it may cause irritation

Breast milk is one of the exceptional and severely underutilized liquids known to man. It has got a never-ending list of benefits for the baby. During the first six months of birth, breast milk is the ideal food for both the inside and the outside of the baby. However, breast milk baths for babies are not advised every day. Breast milk bath once a week or fortnightly is sufficient for the baby. If the baby is suffering from extreme diaper rash or eczema, a breast milk bath can be given twice a week.  Regular bathing with breast milk can help keep the baby’s skin healthy and treat various skin ailments that affect the baby during the first six months after birth.