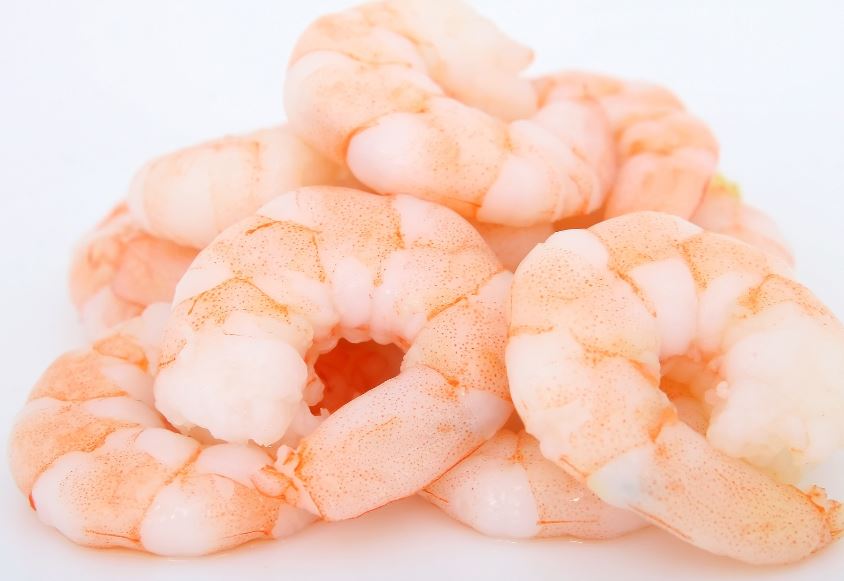 Every pregnant woman receives lots of information about what they can eat and what they can’t. Although the advisory varies from country to country, certain countries provide details about what kind of seafood a pregnant woman can consume. Many women wonder about whether pregnant women can eat shrimp, or not. Here’s everything you need to about the benefits and risks associated with eating shrimp during pregnancy.

Many doctors and scientists believe that there are many benefits to consuming fish during pregnancy. It has also been noticed that most women crave shrimp while they are pregnant. Shrimp and other seafood are good for women during pregnancy. These foods are rich in polyunsaturated fatty acids that are helpful in the fetus’ neurodevelopment.

According to the US Food and Drug Administration (FDA), shrimp and other fish are rich in protein; thus, they help in providing better health to both the mother and the developing fetus. However, the FDA advisory also says that pregnant women should avoid seafood that is rich in mercury. Nevertheless, shrimp can be safely eaten by pregnant women as it falls into the category of low-mercury seafood. According to the FDA’s recommendations, though, it is recommended that you have a restricted consumption of shrimp. It should not exceed 12 ounces per week. [1] [2] [3]

Shrimp is healthy food for pregnant women because it’s high in protein without the fishy taste that some women cannot tolerate while pregnant. Eating shrimp may also be a superior lean protein option for pregnant women experiencing nausea. It’s fine to eat cold shrimp, like shrimp cocktail, as long as the fish has been cooked thoroughly beforehand. The temperature of the fish after the cooking procedure is what matters. When the shrimp was cooked, you can chill it for a refreshing cocktail dish.

Benefits of eating shrimp during pregnancy

● Apart from omega-3 fatty acids, shrimps are also rich in protein, vitamin B2, and vitamin D. These nutrients are essential for the overall health of the fetus and the mom to be. Shrimps are also one of the best sources of iron, magnesium, and potassium. Eating iron-rich food helps the body produce extra blood that is needed for the baby. Besides, it can assist in providing more energy to women during pregnancy. [7]

● Shrimps are also rich in a type of carotenoid antioxidant known as astaxanthin. Shrimp is one of the major food sources of astaxanthin. Having astaxanthin helps protect against inflammation by preventing damage to your cells by free radicals. Astaxanthin is widely studied for the key role it plays in reducing the risk of many chronic diseases, which is especially important when a woman is pregnant. [8] [9]

● Certain precautions need to be taken during the consumption of shrimp during pregnancy. For the health of the fetus and pregnant women, excessive seafood consumption should be avoided. In addition to this, the woman should pay attention while eating seafood such as shrimps. Any undercooked or overcooked food can be dangerous and may cause food poisoning.  It is imperative to be careful as a food illness is the worst thing a woman can get during pregnancy.

● Always purchase seafood and shrimps from a registered market and store.

● All pregnant women are advised not to eat more than 8-12 ounces of shrimp and other seafood in a week. Shrimp should not be included in more than 2-3 meals a week. Eating more than this can cause indigestion and other issues while a woman is pregnant.

Seafoods to avoid during pregnancy

What seafood to avoid during pregnancy

Although tuna might be a favorite food for many women, whether it be an ahi steak or a tuna melt, it is better to limit the amount of tuna while pregnant. Should you eat tuna, it’s better to eat light canned tuna. Tuna has a higher mercury count compared to other fish, mainly because of its size. Bigger sized fish tend to live longer, and the mercury in the ocean leaches in their flesh. This can be toxic if transferred to you in your meal.

The fish that pregnant women should avoid entirely would be the high-mercury ones. Say no to the shark, king mackerel, tilefish, and swordfish for your meals. Shrimp is safe to eat as it falls into the class of low-mercury seafood, which also includes salmon, pollack, sardines, and catfish. However, you should limit your diet of those fish to no more than 12 ounces each week. Go to a place where you know you’ll get well-prepared food. Avoid raw, undercooked, or poor looking shrimp, so you don’t get sick while pregnant.

Eating shrimp and other fish during pregnancy is not an automatic denial. You need to be selective about the quality and the portions of seafood you eat while pregnant. Preterm birth and poor neurological conditions of newborn babies are increasing day by day. Even after lots of government programs and support, the problem is not getting solved. One of the reasons for preterm birth can be the lack of omega-three fatty acids in pregnant women. One of the major sources of omega-three fatty acids is shrimp. Most women like to eat shrimp when they are pregnant, but they fear the presence of mercury in seafood.

So can pregnant women eat shrimp? The answer is yes. Most pregnant women can eat shrimp and other seafood if they don’t have any other medical conditions, or their doctors have advised against it. But adding shrimp to the diet does not mean that it can be eaten in excess. A pregnant woman should try to get a maximum of 2 to 3 servings of shrimp each week, and that will be more than enough to get the desired proportion of Omega 3 fatty acids, protein, and other major nutrients. [11] [12] The health of the baby is extremely important while pregnant. For the fetus’s better growth and development, women need to consume seafood like shrimp but never overdo it. Going overboard with a shrimp diet can lead to other health-related risks for their baby.