Are Babies Born With Kneecaps 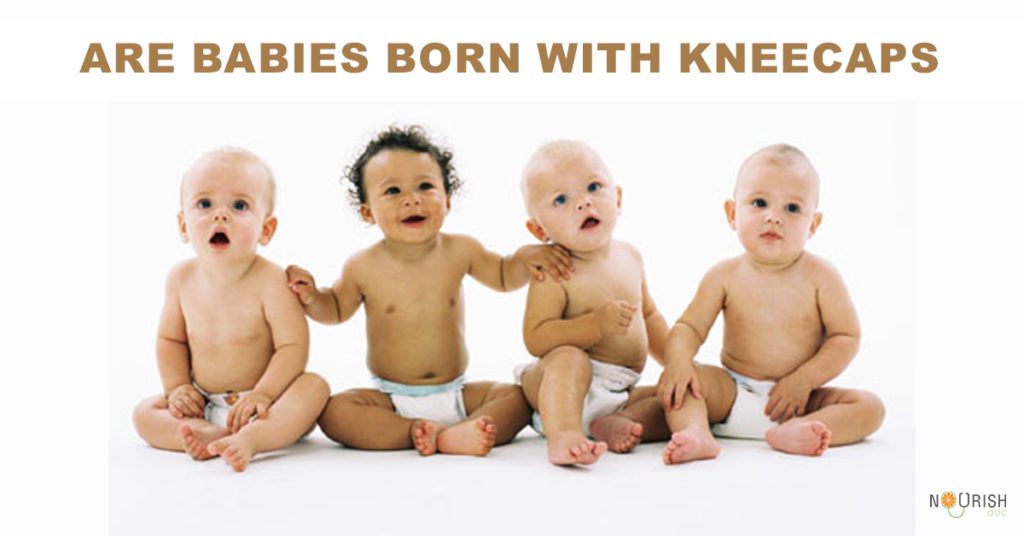 Do babies have kneecaps?

Are babies born with kneecaps?

Newborn babies have more bones than a grown-up adult – this fact is known to everyone. With passing years as the baby grows, the smaller bones fuse to forge more mammoth bones of the body. One of the prevalent misconceptions regarding a newborn is that their body structure lacks knee caps or patella. It is not entirely true. Infants are born with a soft mass of tissue called cartilage instead of the bony structure of knee caps. Cartilage Is an underlying network of cells that supports the structural framework of the body. The cartilage generation starts in the embryo, where it becomes a receptacle to the prominent bones of the body. The cartilages develop a growth zone to help the extension of bones as the baby grows. The soft mass helps the bones mature and acts as a cushion against mechanical stress and injury. It also facilitates smooth movement of bones against one another to avoid friction. As the newborn grows, some cartilages start transforming into strong, healthy bones. Similar is the case with kneecaps of the newborns. The kneecaps of the newborn are made up of cartilaginous material that develops into a firm patella with age. Thus, people mistakenly assume that infants are born without a kneecap. Let’s dive deeper into the topic in this write-up. [1]

Ossification of bones in newborn

Ossification of bones in newborn

The transformation of cartilage into solid bony structures is known as ossification. The process of ossification sets in at different ages, depending on the sex of the baby. The maturation of cartilage characterizes ossification into mature bones as well as their expansion in size. The growth of the bones in an infant is entirely predictable with age. However, there are some nefarious bones that show uncertain growth and are called sesamoid bone. The sesamoid bone functions to keep up the tendon away from the joint for smooth bone movements. Kneecap is the most familiar sesamoid bone in the human body. In the growing years, the extension of leg and thigh bones are responsible for the increased length of a child. When children are born with cartilage in between their knees, it starts to convert in the center of a bone called patella as the baby reaches two years of age. The cartilage’s presence is the reason babies can crawl effortlessly without pain before they learn to walk. Several pieces of cartilage tissues solidify and fuse with age to form a kneecap. The ossification goes on till the child is of ten years and has a firm bony patella. [2]

The knee joint is one of the most susceptible joints for injury. Children are at a high risk of developing complications or trauma during the years of ossification. The following problems may arise in children during growth years due to the complexity of knee joint and stress of body weight on the kneecap:

a.     Bipartite patella: Bipartite patella is the condition that occurs when the ossified cartilages then into bones but is unable to conjoint in a single bone. The prevalence of the bipartite patella condition is only one to two percent of the population. Generally, it is painless, but some kids may experience pain, swelling, and protruding bony structure from the knees. [3]

d.     Torn meniscus: Meniscuses are pieces of cartilaginous tissues that are found in the patellar region. They form a part of the knee joint to keep bones and muscles attached for proper functioning. During adolescence, the meniscus is likely to get torn. It can cause pain and difficulty in movement. [5]

e.     Osgood Schlatter disease: Osgood Schlatter Disease is a patellar condition that develops in the early years of childhood. It is indicated by pain and tenderness in the knees. Generally, the problem waxes and wanes with time, but it can last up to months in some children. If the condition persists, it forms a lump below the kneecap that causes pain on movement. The disease can be treated with activity modification, ice massage, and anti-inflammatory agents. [6]

How adult knee caps are different

Adult kneecaps are different from the kneecaps of children in terms of strength and enduring power. The ossified kneecap in the adults is the hard bony structure that is cushioned by ligaments, tendons, and cartilage tissues. The knee joint in an adult is responsible for bearing the bodyweight during movements. A study from Harvard suggests that each pound of body weight in an adult exerts around four pounds of pressure on the patella or knees.

The knees of the infants should be protected in the early years to avoid damage, and thus knee protectors can be used. With age, children should be engaged in physical activities that improve their muscular strength and joints. Exercises that focus on hamstrings, quadriceps, hips, and core muscles will help to form a stable knee joint. Activities like swimming, cycling, and range of motion exercises will boost the mobility of knee caps. [7]

The absence of knee caps in the newborn is a widespread myth as the soft cartilage develops into a solid bone with age. The cartilage helps to adjust to the embryonic stage. Babies do have a kneecap that is manifested in the form of patella until the child reaches adulthood.