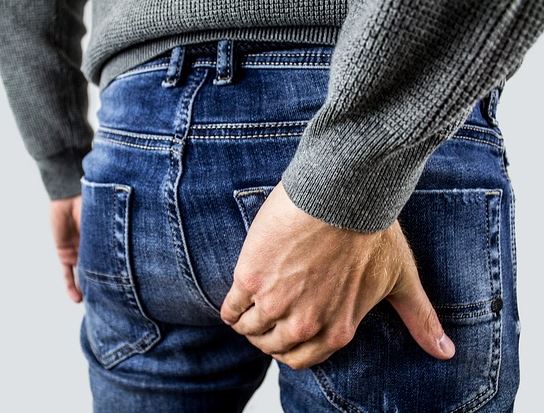 Many men and women suffer from hemorrhoids, which may be embarrassing and sometimes painful. Hemorrhoids typically occur when the veins around the anus become swollen because of constipation, pregnancy, heavy lifting, or long periods of sitting.

Symptoms usually include itching and irritation around the anus region. Sometimes, as the condition gets progressively worse, there may be bleeding. The fantastic thing is that hemorrhoids can be managed and reduced or removed without expensive surgery.

Hemorrhoids are a very debilitating condition that occurs close to the anal area of the human body.  The blood vessels become swollen and inflamed, causing or worsening constipation. The difficulty in bowel movements can also cause bleeding, boils, fissures, and other related ailments. Hemorrhoids are also called piles, and they may be external or internal. Internal piles may be painless can lead to rupture and bleeding. The outside piles or hemorrhoids can be extremely painful and cause also cause swelling, bleeding, and rupture. Some therapies, like rubber band ligation, can be used to treat hemorrhoids. A rubber band is attached to hemorrhoids found internally. The band then cuts off all blood supply to hemorrhoids, and after a couple of days of no blood supply, it shrivels up and falls off by itself. Modern drugs, cauterization, and operation can also be used to treat advanced or severe cases of hemorrhoids. However, Traditional Chinese medicine claims that acupuncture is a really safe, easy, and efficient means of treating internal and external hemorrhoids.

How does acupuncture treat hemorrhoids?

How can acupuncture be utilized in treating hemorrhoids?

According to Traditional Chinese medicine, hemorrhoids (or piles) are caused because of the accumulation of heat and dampness in the vicinity of the rectal area and lower body such as the anus and intestines. If the body was subjected to a warm temperature and humid conditions for an extended time, it might cause hemorrhoids. This heat, dampness, and humidity can cause the blood vessels to swell up.

Traditional Chinese Medicine (TCM) provides several remedies for hemorrhoids with no side effects of Western pharmacological treatments. One of the most popular TCM therapy is Ginkgo. Also called Ginkgo Biloba, Japanese silver apricot and maidenhair tree, this popular Chinese herbal nutritional supplement has been recommended for centuries in China to heal hemorrhoids effectively. Another Chinese medicine is Bu Zhon Yi Qi Wan. Taken in pill form–8 to 10 pills three times per day for one month–may provide some relief. Lastly, attempt Fel Ursi Hemorrhoid Ointment (Xiong Dan Zhi Chuang Gao) to shrink hemorrhoids and alleviate symptoms. For bleeding hemorrhoids, TCM also suggests musk hemorrhoids ointment, that should be applied topically to the affected region. Gargelin extra has been demonstrated to work, as it serves to strengthen the veins. Three or four tablets three times a day is the recommended dose.

There are numerous natural remedies for hemorrhoids. One of them is to just change your diet. Avoid eating fatty foods, such as deep-fried meats or fast-food hamburgers, and decrease the heavy use of alcohol. Start eating more fiber to help soften the stool. This will lessen the strain needed to evacuate your bowels and reduce the pressure on your inner veins inside the rectal cavity. Another straightforward cure is to drink more water. Drinking at least eight glasses of water every day cleans your intestinal walls also facilitates bowel movements.

Other dietary treatments for hemorrhoids include taking vitamin C, which can help preserve the integrity of your veins, and eating more flavonoids and anthocyanins to fortify your veins. Sources of flavonoids include lemons, limes, apples, tomatoes, carrots, and onions; sources of anthocyanins include dark, red berries, blueberries, cherries, grapes, and red cabbage. Another natural food cure for hemorrhoids is eating a banana on an empty stomach daily. For bleeding hemorrhoids, you should eat three bananas every day, or have steamed, dried persimmons.

A soothing, natural remedy for hemorrhoids is taking 15-minute warm baths. This is not only going to relive some of the pain and irritation but will help shrink hemorrhoids. Make sure you dry the hemorrhoid area to maintain moisture in the swollen tissue. A hemorrhoids cream or ointment can reduce the burning feeling in the affected place. Ointments containing aloe vera are also recommended. Make sure to gently wash the affected area twice daily with the hemorrhoid cream. While some natural methods may reduce the symptoms of hemorrhoids, you need to consult With your physician before trying any natural cure.

Scientific Studies in acupuncture for hemorrhoids