Oil Pulling Benefits & How To Do It 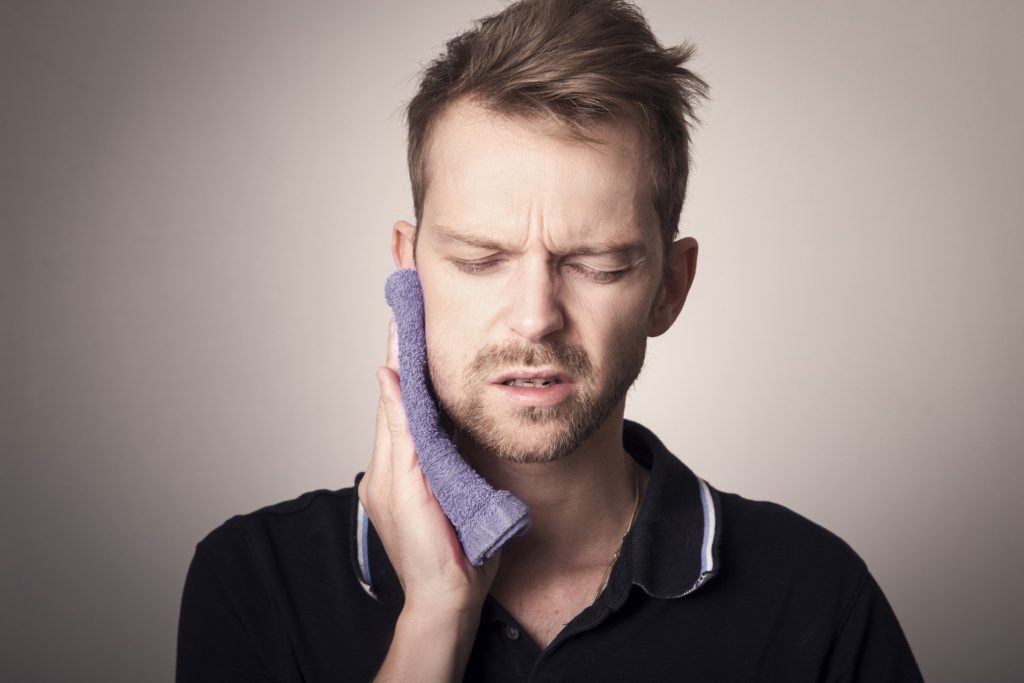 What is oil pulling?

Oil pulling is an Ayurvedic remedy from India for optimal dental health that entails swishing oil in the mouth. There are two kinds of oil pulling described in the ancient Ayurvedic texts: Kavala Graha and Gandusha. Kavala Graha is an oil pulling method that utilizes a little bit of oil for gargling. Gandusha is the method in which the whole mouth is full of a larger quantity of oil so gargling is impossible. It’s held in the mouth for 3-5 minutes and then released by spitting it out. Besides great dental health oil pulling advantages, Ayurveda’s oil pulling benefits also help detoxify by helping reduce the accumulated toxins within the mouth.

It has become increasingly common in other regions because of its health benefits. Coconut oil is the go-to oil for oil pulling and easy to fit into a normal oral health routine. One can buy coconut oil at grocery stores and online without any additional ingredients. Let us explore what oil pulling is, how to do oil pulling with coconut oil, and the many probable benefits and risks.

Ayurveda suggests that the saliva triggered by oil pulling can absorb chemical and biological toxins, in addition to the environmental toxins. They are removed from the body using the tongue. That is how oil pulling can help in detoxification. It’s thought that oil pulling detoxifies your body and is effective at preventing many diseases.

Oil pulling should be considered as a supplementary practice to your regular oral hygiene routine. It’s not an alternative to brushing your teeth with toothpaste, flossing, and cleaning your tongue. Oil pulling can be achieved alongside your routine to improve oral hygiene.

Oil pulling provides improved oral hygiene and helps detoxify your body and helps treat different diseases. Since gum diseases are linked to heart issues, it makes a good deal of sense to concentrate on oral hygiene. Oil pulling can help you accomplish your goal of better health. It’s an easy and simple practice that you can adopt as part of your everyday routine. Start after this Ayurvedic practice from now and achieve optimal health.

Coconut oil is the ideal oil choice for your dental health as it is an extremely absorbable oil with different health benefits, such as reducing inflammation and fighting harmful bacteria. Additionally, it is edible, so it has few risks for oral use.

Ayurveda believes that the tongue is linked to different organs such as kidneys, small intestine, spine, heart, lungs, and other vital organs. Oil pulling is thought to assist in the excretion of toxic heavy metals from saliva. Oil pulling activates salivary enzymes that absorb toxins like chemical toxins, bacterial toxins, and environmental toxins in the bloodstream and are removed from the body using the tongue. Thus, oil pulling detoxifies and purifies the entire body. However, it’s argued that because oral mucosa isn’t a semipermeable membrane, toxins of the body from the blood can’t pass through it.

Health Benefits: These oils will entice the lipid layer of bacterial cell membranes and make them stick or get drawn and pulled into the oil. During oil pulling, the oil becomes emulsified, and the surface area of the oil becomes increased. The emulsification of oil starts upon 5 minutes of oil pulling. The plaque construction bacteria responsible for dental caries, gingivitis, periodontitis, and bad breath are eliminated from the oral cavity.

Benefits of oil pulling with coconut oil include:

– Killing harmful bacteria: The mouth comprises hundreds of bacteria, some of which are dangerous and might lead to tooth decay, bad breath, and gum disease. According to a 2016 research on 60 participants, oil pulling can lower the number of bacteria found in the saliva and encourage proper oral hygiene. The authors said that coconut oil was a safe choice for chlorhexidine, a component in some mouthwashes.

– Boosting gum health: The bacteria in plaque can cause gingivitis, a frequent gum disease characterized by red, swollen, and inflamed gums that bleed easily. Research indicates that coconut oil can decrease inflammation Which may benefit oral health and inflammation in the mouth. According to 2015 research, oil pulling with coconut oil decreased plaque and might help stop plaque-induced gingivitis.

– Fixing bad breath: Bad breath is usually caused due to poor oral hygiene, tongue coating disease, or gum disease because of bacteria buildup. According to 2011 research, oil pulling may be an effective natural alternative for bad breath and might work in addition to traditional therapy with chlorhexidine.

– Preventing cavities: Cavities stem from tooth decay due to bacteria buildup, poor oral hygiene, and consuming too much sugar. Plaque can also lead to cavities by forming a coating of bacteria, saliva, and food particles on the teeth, damaging the enamel. According to a 2016 study, oil pulling may reduce the number of harmful bacteria in the mouth, possibly preventing cavities. This can be another way to achieve optimum oral health in addition to brushing and flossing.

– Teeth whitening: Many people report it may clear stains from the surface of their teeth, but there isn’t any research study to verify that oil pulling can whiten your teeth.

See:
Sharp pain in teeth and inflammation healed with Acupuncture

How to perform an oil pulling

Oil pulling can be effective when done right like any other practice, such as brushing your teeth or flossing. The proper action will result in the maximum health benefits of oil pulling. Oil pulling should be done when you wake up and have an empty stomach. This gives you the extra benefit of stimulating your taste buds as well. Oil pulling can be done before or after your regular brushing of teeth. This is part of the daily Ayurvedic practice called Dinacharya that helps to cleanse the body.

– Sit and swish the coconut oil around the mouth for 15 to 20 minutes. Individuals who have difficulty keeping the coconut oil in their mouth for this amount of time can begin with 5 or 10 minutes and gradually increase the duration. It’s crucial to keep swishing.

– Spit the oil in the trash when finished, and avoid spitting it into the toilet or sink as it can clog the plumbing after repeated use. It would be best if you did not ingest it either.

– Most recommendations indicate brushing the teeth immediately after an oil pull. However, some folks think it’s better not to brush right away to enable the maintenance of good bacteria and the oral microbiome’s rebalancing.

It’s not safe for individuals with allergies to coconuts or coconut oil to try this technique. Otherwise, there are no known risks for oil pulling with coconut oil. Oil pulling doesn’t substitute for brushing one’s teeth, flossing, and other oral hygiene methods.

Existing scientific studies support a few advantages of oil pulling with coconut oil, but there’s not enough evidence to determine whether it’s effective. Oil pulling is an easy, affordable, and generally, safe technique to grow an existing oral health regimen.