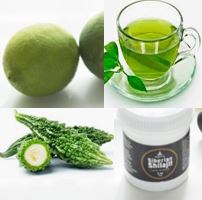 The natural herbs in Ayurvedic medicine for Diabetes type 2 stimulate insulin production and nourish your pancreas to boost its function. You should consult with Ayurvedic practitioner to get the right ayurvedic medicine for you. These herbs include Aloe Vera, Berberine, Fenugreek, Milk Thistle, Vijaysar, Sadabahar, and Bitter melon. Ayurveda treatment for Diabetes Type 2 approach helps in lowering blood sugar & uses natural herbs and therapies. An Ayurvedic diet, yoga, meditation, and healthy lifestyle are used to heal Diabetes Mellitus.

Diabetes Mellitus is a metabolic disease in which blood sugar levels stay high for extended periods of time. This might be due to the lack of the hormone “Insulin” or the inability of cells to correctly utilize circulating insulin. In this chronic disease, there is an inability to gain energy from food, due to the deficiency of glucose absorption. Diet treatment for diabetes type 2 is one of the most basic steps one can take.

In type 2 diabetes, the cells are simply unable to respond to the insulin being secreted. This results in a very long list of troubling symptoms such as excessive thirst and urination, feeling worn out, numbness and tingling in hands and feet, etc.

Many doctors talk about how to reverse diabetes naturally, but with little or no solid evidence supporting their claims. In this article, I will go through multiple herbal, mineral,dietary, and ayurvedic treatment for Diabetes Type 2 with research and scientific studies as evidence.

In treating Type 2 Diabetes, following approaches are used to address the root cause issues:

The minerals Chromium and Vanadium, are required for glucose to enter a cell as they play a substantial role in regulating insulin sensitivity.  The lack of these minerals contributes to a build-up of sugar in the blood because of the cell’s inability to interact with insulin.  By supplementing these minerals, we can restore the body’s ability to absorb circulating sugar by enhancing insulin sensitivity, thereby reducing blood glucose.

In clinical trials, chromium and vanadium supplementation has led to enhanced glucose sensitivity [2,4].

One way to get these minerals is to eat more foods that are rich in them.  You can make any number of recipes with Chromium that is found in brown rice, meat, black pepper, mushroom, broccoli, brewers yeast, and potato skins.  You can get Vanadium through shellfish, parsley, mushrooms, black pepper and dill weed.

This can be accomplished by making the following adjustments to your diet:

– Increase fiber intake– have lime juice at least once a day

– Consume green tea at least once a day.

These are herbs/foods that reduce blood glucose levels.

-Karela/Bitter Melon, is a good example of this as it’s proven to have hypoglycemic effects and has been demonstrated in a number of studies to be a powerful choice in treating Diabetes [2,4]

(Contact me if you have any questions regarding these herbs.)

Metabolism is the set of life-sustaining chemical reactions in living organisms, such as converting food to energy. A little known dietary supplement called Shilajit can help many to boost cellular metabolic function for Type 2 Diabetes.

Use a Shilajit supplement (under the proper supervision of an Ayurvedic doctor).

Shilajit is a sticky, blackish colored, tar like substance that comes out of the stones in the Himalayan mountains at elevations between 1km-5km above sea level. It’s been used for its medicinal benefits for centuries. Ayurvedic doctors have used the material for thousands of years to treat not only Diabetes but also cardiovascular, neurological, gastro-intestinal, endocrinological, geriatric, degenerative and immunological diseases.

This mineral-infused herbal exudate is categorized chiefly as an adaptogen, mucolytic, nutritive, aphrodisiac and anabolic substances. Shilajit is beneficial in building stronger muscles, improving endurance, and thus enhances the absorption of nutrients including sugar. Shilajit enhances mitochondrial function which plays a major role in cellular metabolism and energy and may be used in mitochondrial diseases. Trace minerals that are critical for a human body to carry out vital biological processes are found in this remarkable substance.

In another animal study, it was found that the blood glucose levels were reduced after they were given a small dose of Shilajit for two weeks, while maintaining body weight. [2]

In yet another 2000 study, scientists found that people who consumed the daily requirements for elements such as zinc, calcium, Vitamin D3, and magnesium are 28% less likely to develop Diabetes type 2. [3]

From the classical Ayurvedic text known as”Sushruta Samhita”, the writer (Sushruta) boldly stated that “Shilajit cures diabetes”. Taking a look at the history of Shilajit and diabetes in Ayurvedic literature, it can be seen that this substance has been used for treating diabetes (often referred to as”Madhu-meha”) for literally thousands of years.

According to a research study, Shilajit proved to have a stronger hypoglycemic effect than Metformin (1). Many other research works have been done and are going on demonstrating the effectiveness of Shilajit in the treatment of many diseases including Diabetes and its complications. Therefore apart from its ability to rejuvenate the body, it also has a direct action on sugar metabolism.

PRECAUTION:  Most Shilajit Supplements which are available in health food stores and online aren’t “Purified Shilajit”. If you pay close attention to almost all clinical trials done with this substance, you’ll see that purified (shuddha) shilajit is what is used. This is because, in order for this substance to work correctly, it must first be processed with other Ayurvedic herbs. If incorrectly used, Shilajit could have serious adverse effects and may even worsen your condition. Shilajit may be commonly used in Ayurvedic medicine, however, it needs to be utilized under the strict supervision of an Ayurvedic doctor to prevent adverse effects.

See: Benefits of Cordyceps Sinensis for Diabetes Mellitus and Depression