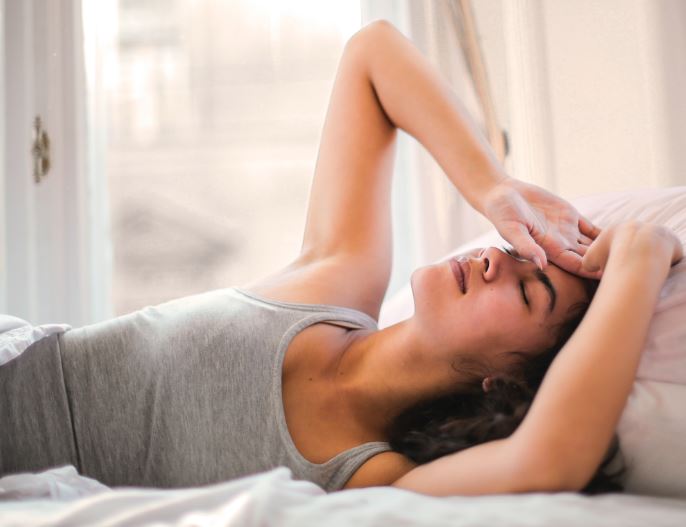 What is ovulation bleeding or spotting?

What causes ovulation bleeding or spotting?

While exact reasons for ovulation can’t be determined, but in most cases, the bleeding may be because of rapid hormonal changes that occur during ovulation.2.

1.    According to a 2012 study, ovulation spotting can be caused because of high levels of the hormones progesterone and luteinizing hormone in the female body. However, having higher levels of these hormones in the body does not automatically mean that women are likely to get pregnant. 2.

2.     Another main reason for ovulation bleeding can be PCOS, also known as Polycystic Ovarian Syndrome. Under this condition, small cysts grow on one or both sides of ovaries in women, which can lead to mid-cycle bleeding.

3.     Ectopic pregnancy can also be a reason for ovulation spotting. In this type of pregnancy, the fertilized egg outgrows outside the uterus of the women. This means it may be growing in the fallopian tube. Ectopic pregnancy can be a cause of significant health concerns, and it may need intervention by a health expert.

4.     Sometimes spotting can also occur because of any infection or sexually transmitted disease. If a person has undergone unprotected sex, they may get infected by a bacterial or fungal infection, which may be another reason for mid-cycle spotting.

5.     Another significant reason for spotting can be due to significant trauma, for example, a sexual force or trauma to the pelvic region.

6.     A forgotten tampon, foreign object insertion, or reproductive cancer can be another major cause of ovulation bleeding.

No matter what the reason, it is always advisable to visit a doctor in case a woman faces abnormal and heavy ovulation bleeding or spotting.3.

Does spotting during ovulation mean pregnancy?

While many doctors and health experts believe that mid-cycle bleeding can be a predictor for fertility, this is not always the case. Brown spotting may sometimes indicate that a woman is ready to conceive and is going through a fertile period in her cycle. If ovulation spotting is accompanied by pain and cramps, it can be a cause of worry. If a woman is trying to get pregnant, they may need to take a pregnancy test. But, for women who are at a high risk of getting reproductive cancer, STDs, or if they are approaching menopause, they may need to consult a doctor to know about the underlying cause. Not all spotting translates to mean that a woman is pregnant.

Almost one-third of women experience implantation spotting, and thus, it is known as one of the earliest signs of pregnancy.3,4.

When should you take a pregnancy test?

Most women get confused and worried about the ovulation bleeding as there is a lack of proper knowledge and understanding. Most ovulation bleeding occurs after 15 to 16 days from your last period. If a woman is sure about being pregnant, then she needs to wait until the one day after her missed period to know if she is pregnant or not.

Not all spotting is a sign of pregnancy, and not all women get spotting as a sign of pregnancy. Thus, it is crucial to know details about different types of spotting. Ovulation spotting does not occur in every woman, and therefore, it can be confusing when a woman is trying to get pregnant. The best way to know what type of spotting you are experiencing; it is best to keep track of their menstrual cycle as relying on spotting and bleeding is not the best way to know about pregnancy.  Keep in mind that nowadays, many women also undergo mid-cycle spotting because of stress, taking steroids, and not having nutritional and balanced food. Being pregnant can be one of the beautiful moments for any woman. But, untimely spotting can sometimes be dangerous. It is essential to pay attention to the menstrual cycle and other signs of ovulation like changes in cervical mucus and body temperature. It is always a great idea to contact your doctor to rule out any possible concern, and have peace of mind.5. Even if you are not pregnant, the spotting and bleeding can’t be ignored as it may be an underlying cause for more significant diseases like reproductive tract cancer.  Spotting is a good sign of fertility in general, but may not confirm much about pregnancy. You should take care of any spotting and bleeding so that you can have good reproductive health.