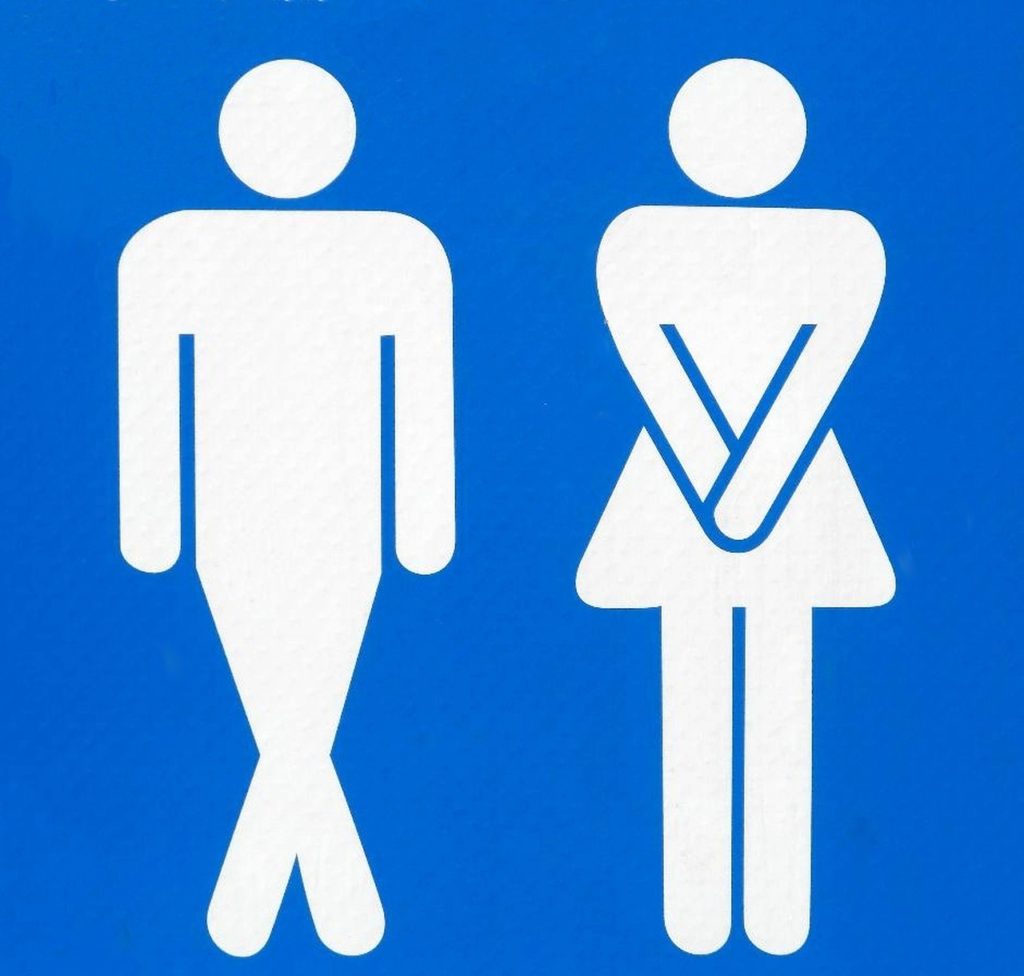 What is Urinary Tract Infection (UTI)?

The Urinary tract infection or UTI is an infection in your urinary system – your kidneys, ureters, bladder, and urethra. Most illnesses involve the lower urinary tract – the bladder and the urethra.

Bacteria from the gut are the most common cause of UTIs, but fungi and viruses may also cause infection. Both strains of bacteria Escherichia coli and Staphylococcus saprophyticus account for around 80 percent of cases.

Though UTIs can affect anybody, women are more vulnerable to infection. This is because the urethra, the tube which carries urine from the bladder, is shorter in women than men. It makes it effortless for germs to enter and reach the bladder.

Almost half of all women will experience a UTI. Antibiotics are used to treat UTIs and occasionally used in low doses long-term to avoid recurrence. Women are more at risk of developing a UTI than are men. Infection restricted to your bladder can be painful and annoying. Yet, a serious result can happen if the UTI spreads to your kidneys.

Doctors can typically treat urinary tract infections with antibiotics. Yet you can take action to reduce your chances of getting a UTI in the first place. There are also several natural methods to reduce the risk of recurrence and protect against infections. There are some of the top home remedies to fight UTI, which are listed in the post.

Urinary tract infections don’t always cause  and symptoms and, but when they do, they may include:

– Having the need to urinate.

– A burning sensation when urinating.

– Infection of the bladder (cystitis). This type of UTI is usually due to Escherichia coli (E. coli), a kind of bacteria commonly found in the gastrointestinal (GI) tract. However, sometimes other germs are potential culprits.

– Sexual intercourse may lead to cystitis, but you do not have to be sexually active to develop it. All women are at risk of cystitis because of their anatomy, especially the urethral opening to the bladder and the urethra’s short distance from the urethra to the anus.

– Infection of the urethra. This sort of UTI can occur when GI bacteria spread from the anus to the urethra. Besides, because the female urethra is close to the vagina, sexually transmitted infections, such as herpes, gonorrhea, chlamydia, and mycoplasma, can lead to urethritis.

Many women experience more than one disease during their lifetimes. Here are the risk factors specific to women for UTIs:

Women have a shorter urethra than men, which shortens the distance germs must travel to reach the bladder.

Menopause. After menopause, a decline in circulating estrogen induces changes in the urinary tract, making you more vulnerable to infection.

– Other risk factors for UTIs include:

Catheter use. People who can not urinate by themselves and use a tube (catheter) to urinate have an increased risk of UTIs. This may include people hospitalized, individuals with neurological issues that make it difficult to control their ability to urinate, and paralyzed people.

– Complications of a UTI may include:

Recurrent infections, particularly in women who experience at least two UTIs in six months or four or even more within a year.

Sepsis, a possibly life-threatening complication of an infection, primarily if the condition works its way up to your urinary tract to your kidneys.

These are the steps to lessen your risk of urinary tract infections:

– Change your birth control method. Diaphragms, or unlubricated or spermicide-treated condoms, can all contribute to bacterial growth.

– Drink plenty of water. Water can help to dilute your urine and flush the bacteria out. Avoid drinks that may irritate your bladder. Avoid alcohol, coffee, and soft drinks containing citrus juices or caffeine before the infection has cleared. They can irritate your bladder and often so aggravate your urgent or frequent to urinate necessary.

Dehydration has been linked to the risk of urinary tract infection. It is because frequent urination can help flush bacteria In the urinary tract to reduce contamination. Drinking plenty of fluids can reduce UTIs’ risk by making you pee more, eliminating bacteria from the urinary tract. The study examined participants with long-term urinary Catheters and discovered that low urine output was correlated with a greater chance of developing a UTI.

A 2003 study looked at 141 women and revealed that low fluid Ingestion and infrequent urination were linked to recurrent UTIs. In a different study, 28 girls self-monitored their hydration status to measure the concentration of their urine. They found out that an increase in fluid intake caused a reduction in UTI frequency. To remain hydrated and meet your fluid needs, it is best to drink water during the day and always when you are thirsty.

– Heating pad. Apply a warm and but not hot heating pad to your stomach to minimize bladder pressure or discomfort.

– Vitamin C: Vitamin C is thought to function by increasing the urine’s acidity, thereby killing off the bacteria. A 2007 analysis of UTIs in pregnant women looked at the effects Of taking 100 milligrams of vitamin C daily. The study found out that vitamin C had a protective effect, Cutting the risk of UTIs by over half in people taking vitamin C compared to the control group. Another study looked at behavioral factors that influenced UTIs’ risk and discovered a high vitamin C intake decreased the risk. Fruits and vegetables are exceptionally high in vitamin C and Are a fantastic way to boost your intake. Red peppers, oranges, grapefruit, and kiwifruit all comprise The full recommended amount of vitamin C in only one serving. Increasing vitamin C intake may reduce UTIs’ risk by making the urine more acidic, thus killing off infection-causing bacteria.

Remember that these benefits only apply to unsweetened Cranberry juice instead of sweetened commercial brands. Some studies show that cranberries can help lessen urinary tract infections’ risk to stop bacteria from attaching to the urinary tract.

– Probiotics: Probiotics are advantageous microorganisms that are consumed through food or supplements. They could encourage a healthy balance of bacteria in your gut. Probiotics are available in supplement form or found in fermented foods, such as kefir, kimchi, kombucha. Some studies also show that specific strains of probiotics May reduce the risk of UTIs. Antibiotics, the primary line of defense against UTIs, can cause disturbances in amounts of gut bacteria. Probiotics may be beneficial in preventing gut bacteria after antibiotic therapy. Studies have shown that probiotics can raise superior gut bacteria levels and reduce side effects associated with antibiotic use. Probiotics can help prevent UTIs when utilized alone or in combination with antibiotics.

– Lifestyle changes: Preventing urinary tract infections begins with practicing a Few fantastic bathroom and hygiene habits. Peeing after sexual intercourse may also reduce the risk of UTIs by preventing the spread of germs. Furthermore, those prone to UTIs should avoid using spermicide since it’s been linked to a rise in UTIs. It is necessary not to hold urine for a long time. This can result in a buildup of bacteria, leading to infection. When you use the bathroom, make sure you wipe front to back. Brushing from back to front may cause bacteria to spread to the urinary tract and is associated with a greater risk of UTIs. Urinating often and after sexual intercourse can diminish The probability of UTI. Spermicide use and wiping from back to the front might increase the risk of UTI.

– Natural Supplements: Several Organic supplements can decrease the risk of developing a UTI. Listed below are a few supplements that have been researched:

• D-Mannose: This is a kind of sugar that’s found in cranberries and has been proven to prevent recurrence and be effective in treating UTIs.

• Cranberry Infusion: Much like cranberry juice, cranberry extract works by preventing bacteria from adhering to the urinary tract.

• Garlic Infusion: Garlic has been shown to possess antimicrobial properties and might have the ability to prevent UTIs from blocking bacteria’s growth.

A common problem is urinary tract infections may be painfully frustrating to take care of. But staying hydrated, practicing some Healthful habits, And supplementing your diet with a few UTI-fighting ingredients are great strategies to Decrease your risk of getting them. Urinary tract infections can be painful, but here are steps to ease your discomfort until antibiotics cure the condition. Following some simple home remedies & lifestyle tips may help.