How to Lengthen Telomeres & Delay Aging 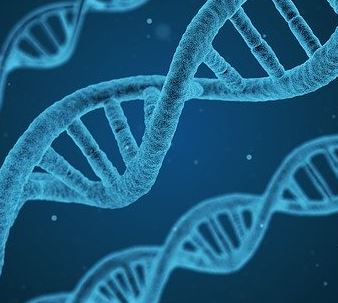 Telomeres are segments of genetic material at the end of every chromosome whose primary job is to prevent chromosomal “fraying” when a cell reproduces. A cell’s telomeres become shorter as it ages. Over time, the telomeres become too short to permit cell replication, the cell stops dividing and will finally perish –a normal biological process. It ends up that we might have more control over our telomeres than we previously believed. Lifestyle is a significant determinant of telomere length and telomerase function – this may explain how our aging is different from others throughout the choices we make daily.

The human DNA is bundled inside structures known as chromosomes, and each chromosome has a certain amount of specific genetic information present in the form of genes. So as the cells in the body divide, the chromosomes have to replicate. This process is necessary to allow each cell to contain a complete set of chromosomes that it requires in its nucleus.

At the ends of every chromosome are stretches of DNA known as telomeres.1 Telomeres protect the ends of each chromosome from damage and from fusing with any nearby chromosomes.  Lately, shorter telomeres have become associated with a wide assortment of aging-related diseases, including many types of cardiovascular disease, obesity, cancer, stroke, vascular dementia, osteoporosis, and diabetes.

Why do telomeres become shorter?

Telomeres naturally shorten as we get older, studies have found that there may be ways to slow down the telomere shortening procedure. Several studies have shown that lifestyle factors can play a huge role in telomere shortening. Since shorter telomeres are linked with a higher risk of disease, it is in our best interest to determine which lifestyle adjustments we can make to slow it down and consequently protect ourselves and our chromosomes from getting a little bit longer. Let us take a look at what telomeres are, why they shorten with age, the way to lengthen them, and how to know if yours needs to be cause for concern.

It surprises many people to know that the ends of your chromosomes can determine how your cells age. These special structures known as telomeres keep a close watch on the damage that happens and builds up over time in our cells, and they pass on the signal when it becomes time for these cells to retire. Telomeres are parts of DNA and proteins that can be found at the ends of the chromosomes. And every time a cell divides, these stretches of telomeres get shorter and shorter. This is why, then, it makes sense to keep the telomeres long to keep the cells viable for more time. Let us take a closer look at how to lengthen telomeres to stay young.

Usually, the DNA strands start becoming slightly shorter every time a chromosome replicates itself. Telomeres are responsible for preventing the gens from getting lost when this replication process happens. However, this also means that as the chromosomes replicate, the length of the telomeres shortens.

This shortening is where telomerase comes into play.2 Telomerase is an enzyme found in some cells, and it is responsible for preventing excessive wear and tear of the cells. This enzyme also prevents the shortening of the telomeres. Telomerase does this by adding additional telomere sequences to the ends of the chromosomes to ensure that the telomere does not become too short.  However, most of the cells in your body do not contain telomerase. This lack of the enzyme means that most of the telomeres will continue to become shorter and shorter over time.

Telomere length is said to have an effect on mortality rates. In 2011, a review published in the journal Clinical Nutrition and Metabolic Care found that markers that indicate decreased telomere function and damage to the DNA tend to increase with age.3 This is believed to be a significant factor in determining the relation between shorter telomeres and mortality rates.

For example, a study published in The Lancet in 2003 found an association between shorter telomeres and a higher rate of death from infectious diseases and heart disease.4 However, with this study being nearly 20 years old and only had 143 participants, there is a need for having more updated reviews.

There have been some recent meta-analyses that indicate that there is a link between shorter telomeres and coronary heart disease as well as some types of cancer.5,6

Apart from chromosome replication causing telomeres to lose their length, it is also believed that too much oxidative stress in the body can also shorten them.7 Oxidative stress is the damage caused to the DNA and other biomolecules in the body from reactive oxygen species. These reactive oxygen species are created by both inflammation and natural cellular processes in the body. It is also possible to acquire them from the environment.8

Gradually over time, this damage caused to DNA by oxidative stress may lead to health problems associated with aging. However, this is also a new field of research, and there is a lack of definitive evidence.

How to lengthen telomeres?

How can you lengthen telomeres?

As these links between telomere shortening and disease, aging, and cancer emerge, more and more people are becoming interested in finding ways by which they can lengthen their telomeres. While it remains unclear on whether it is actually possible to lengthen the telomeres, but it is more likely that there are effective ways for slowing down the shortening process.

They were compared to another 25 study participants who weren’t asked to make major lifestyle changes.

A small study in 2013 analyzed the telomere length in 10 men who had low-risk prostate cancer.9  They embarked on lifestyle changes that included: a plant-based diet (high in fruits, vegetables, and unrefined carbohydrates, and low in fat and refined carbohydrates); moderate exercise (walking 30 minutes a day, six days per week); anxiety reduction (gentle yoga-based stretching, breathing, meditation). They also participated in weekly group support.

They were told to carry out the following lifestyle changes:

– Managing stress levels through yoga and other means

The participants who followed the lifestyle changes diligently were found to have longer telomeres after five years. However, this was a reasonably small study and only involved men. Nevertheless, this study does provide a peek at what factors may help lengthen the telomeres. These include:

Diet is believed to play a significant role in determining the overall length of your telomeres. An article published in 2016 found that following a Mediterranean diet that is rich in antioxidants can help lengthen your telomeres.10 Another study done in 2018 on over 5,000 adult participants found that consuming more fiber is also linked to having longer telomere length.11 This is likely due to fiber’s ability to help control the levels of blood glucose.

The researching team found that having higher blood glucose levels is directly associated with oxidative stress and inflammation. Both of these factors also lead to additional telomere shortening.  Following a healthy Mediterranean-style diet and eating more fibrous foods can help lengthen your telomeres.

Regular exercise is known to have a wide range of health benefits, which also includes lower inflammation and oxidative stress. A study in 2017 with thousands of both men and women participants across the United States, explored the link between regular exercise and telomere length.12 The participants who had high levels of activity were found to have dramatically longer telomeres than the ones who did only low or even medium levels of activity. Between those with low physical activity and those with medium levels, there was not a very noticeable difference in telomere length present.

Another 2017 study carried out by the Karolinska Institutet in Sweden involved young adults who participated in intense levels of aerobic fitness and also had more muscle endurance. They were found to have significantly longer telomeres than people who did not indulge in any or low physical activity.13

High levels of stress have many negative impacts on your health. When under stress, the body releases certain hormones that can lead to oxidative stress. This could lead to more damage to your DNA and further shortening of your telomeres. Based on this, experts believe that reducing your stress levels will help reduce oxidative stress and thereby maintain the length of the telomeres.

Studies have discovered obesity as a sign of shorter telomeres. The loss of telomeres in obese people is equal to 8.8 decades of life, scientists say. A study exploring the connection further found increased levels of oxidative stress in obese mice, a process responsible for damaging DNA and so expediting telomere shortening.

Can you get Telomere length tested?

There are tests one can get done that will give you your average telomere length (ATL), and compare it to that of others in your age group. You can get telomere testing on your own or with a doctor, to get an understanding of what your telomere length means. You can then gauge your personal risk factors for your health. Testing can be considered once per year to help evaluate the direction and rate of telomere changes. Adjustments in nutrition, supplements, exercise, weight management, and other lifestyle modifications can then be made to influence telomere length. As the research suggests, a personalized program with the diet and lifestyle changes can help you lengthen your telomeres too.

Telomeres have an essential role to play in your body. They help protect your chromosomes from damage. However, in this process, the telomeres become shorter. Shortened telomeres are associated with aging and the development of many types of diseases. Research has shown that by following a healthy diet, managing your stress levels, and exercising regularly, you can prevent the shortening of these telomeres, thus preventing diseases, aging, and further damage to your DNA.