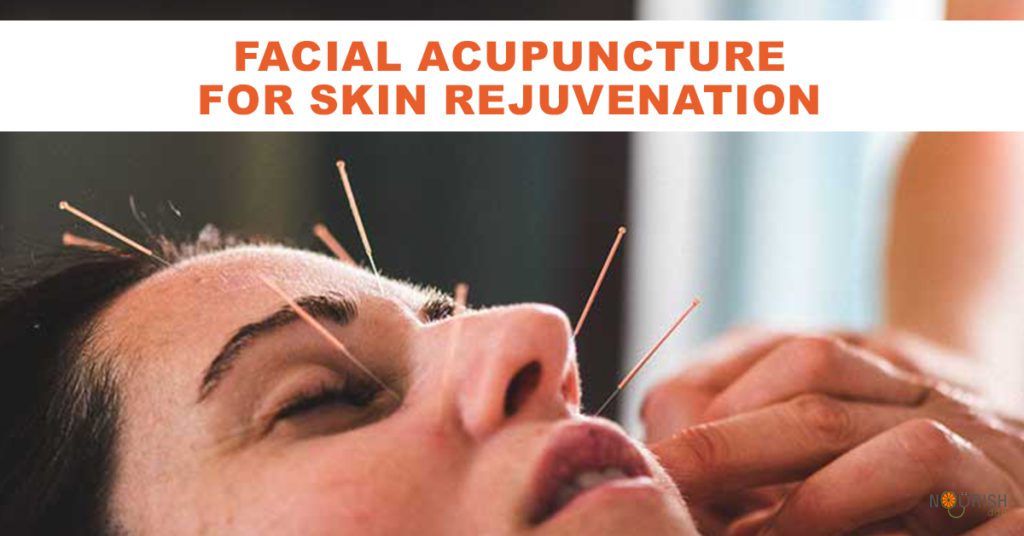 What is facial acupuncture?

Facial acupuncture, recommended by uncontrolled Chinese studies, is a therapy for the treatment of facial pain. Facial pain can be described in the following three categories:

● Typical trigeminal neuralgia: Neuralgic pain attacks which do not last for more than two minutes

Traditional Chinese acupuncture therapy is unique when compared to western medicine. The treatment focuses on the individualized diagnosis and adjusts therapy as per their situations. The core area of this specific facial acupuncture lies in the knowledge of yin-yang, the five elements, zang-fu organs, acupuncture points, and the meridian.

The facial acupuncture, along with recovery of facial pain, rejuvenates the facial structure. The facial rejuvenation acupuncture helps in diminishing or minimizing wrinkles, improving skin tone/texture, heals acne, reduces swelling/edema, and decrease the sagginess around eyes, nose, cheeks & chin. The facial rejuvenation technique is performed by inserting needles at specific acupoints through a standardized channel. The therapy is mostly preferred by young people who see the advantages of non-invasiveness with minimal side effects when compared to plastic surgery. Hence, this is also called as cosmetic therapy.

The needles are inserted at specific acupoints to promote either tonification or sedation. Tonification is the concerned cases where flabby skin does not adhere to the underlying muscles and promotes poor muscle tone. The technique improves blood circulation to recover the condition. Sedation is used in cases of tense muscles, which can benefit from relaxation. Hence, it helps in reducing inflammation and acne.

Acupuncture therapy can be performed manually or automatically. When the needle is connected with transcutaneous electrical nerve stimulation (TENS) device, the automatic technique is called electroacupuncture. In this technique, an intermittent current of two Hz is used for tonification, a constant flow of 16 Hz or more is used for sedation, and an alternating current is used to induce both tonification and sedation. Moreover, the insertion time also plays an individual role. Twenty minutes or less of insertion causes tonifying effects, while 30 minutes or more induce sedative effects. The tonification is further improvised with the use of another heating technique called moxibustion.

The thickness of the subcutaneously inserting needles is decided by the comfort level of the patient and the targeted tissue depth & their anatomical location.

Generally, the thicker the needle, the stronger the effect.

The treatment plan is made based on the severity of the condition. A typical treatment course consists of ten sessions, and patients generally require three treatment courses. In every treatment course, a distinct area of the face, such as the neck, cheek, jowls, or forehead, is focused. In a week minimum, one session is necessary, while a maximum of 3 courses can be administered. A one day gap is essential between the two treatments. To achieve the best effects, the patients should adopt dietary guidelines and suggested self-massage.

The primary acupoints where the therapy focuses upon are:

● Su San Li: It is present below the anterolateral aspect of the knee and the Brighter Yang Channel of the foot. Stimulation of this acupoint will promote the Greater Yin Channel of the foot to increase the muscle tone of eyelids, cheeks & under the chin.

● San Yin Jiao: It is located in the shallow region of the medial malleolus and used in combination with the above point to enhance the effects.

Studies in Acupuncture for Facial Palsy

Bell’s palsy is a condition in which the facial nerves supplying the muscles get affected. It is an idiopathic, acute peripheral-nerve palsy which disturbs the muscles responsible for facial expressions. A study conducted on the evaluation of the effects of electroacupuncture on patients with facial paralysis is described below:

Methods: 49 patients enrolled in the study were prescribed electro acupuncture therapy at a frequency of 60-80 cycles per minute. The cases who were suffering from current periods of pain or had a history of stroke or had upper motor lesions were excluded from the study. The patients could be divided into two categories: first, the ones who have received steroids and physiotherapy for long but have not shown recovery, and second, the ones who were early diagnosed.

The procedure included the application of electroacupuncture at four major points on the face for 20-25 minutes continuously for ten days. The four acupoints included Jiache (S6), Dicang (S4) [corresponding to buccinator and angle of the mouth], Zanzhu (B2), Sizhukong (SJ23) [corresponding to eyebrow]. For nasolabial fold and watering of eye-specific points, i.e., Yanbai (G14) and Yifeng (SJ17) were used. After evaluation of the treated cases, the course restarted for 5-10 days after giving the rest of one week to the patients.

Results: All cases showed significant recovery within two weeks. The patients who were suffering from facial palsy from three weeks onward showed rapid sequential improvement in their conditions. Double cheeks were the first area which improved. Then, closure of the eye recovered. Watering of eyes and drooping at the nasolabial fold were the following symptoms, which showed the recovery. Frowning of the forehead was set as the limiting recovery point for the continuation of treatment. But the angle of mouth did not recover completely.

Facial acupuncture, especially electroacupuncture, can be used as an alternative therapy that is more safe and effective. The patients (suffering facial palsy, facial neuralgia, or other facial disorders) on long steroid and antiviral treatment and has not recovered, showed significant recovery from the electroacupuncture procedure. The improvement in symptoms started to appear in the first two to three weeks of a course of treatment. Hence, facial acupuncture can prove as a miracle for the patients who have lost the hope of getting recovered.