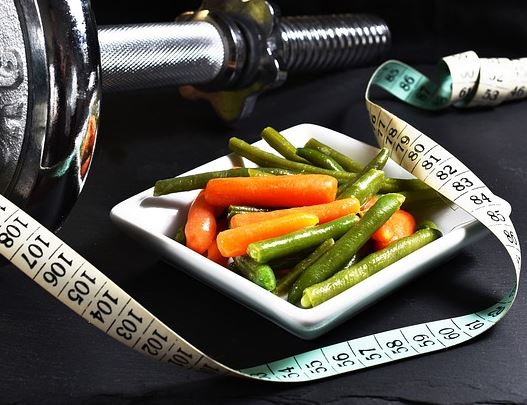 What is the most important thing that leads to weight loss? Is it exercise, or is it diet? In the debate between diet vs. exercise, there are many supporters of either side. When you first think about it, dieting seems to be the obvious right answer for losing weight. The reasoning behind this is that we end up gaining weight when we consume more calories than what is needed. Therefore, it makes sense that reducing our calorie intake will lead to weight loss.

However, the fact is that this is not usually a sustainable method of weight loss. This is because, after some time, people go back to their old eating habits. What’s worse is that due to a sense of deprivation from their favorite foods, people tend to eat more, causing them to gain back all the weight they had lost.

Since dieting alone is not the answer to sustainable weight loss, it makes sense to incorporate an exercise regime into your weight loss program.

What matters most? Diet or exercise?

Diet vs. Exercise: An Overview

We all know that regular exercise helps manage and prevent a host of health conditions – these range from cancer to cardiovascular disease to arthritis and even Alzheimer’s disease. However, the primary benefit associated with exercise is not to weight loss.1

Instead, focus on the total calories intake is believed to be the more effective approach to losing weight.2

It has been found that people are inclined to lose much more weight by following caloric restriction rather than from exercise alone.3 This is because the caloric expenditure, when combined with a typical 30-minute exercise regime, does not lead to a lot of weight loss.

For example, a 155-pound healthy adult will burn around 500 calories from one hour of high-impact aerobics or by brisk walking for 90 minutes. This means that you cannot expect much from frequent workouts. If you started exercising every day for 30 minutes each day for one month, you would only end up losing around a pound. This is not very reassuring for someone who is actively trying to lose weight.

The basic premise of this 80/20 rule is that in order to be balanced and healthy, one needs to make healthy food choices 80% of the time. For the other 20% of the time, you can choose to eat less healthy food and also indulge yourself.

It can also be slightly modified to achieve weight loss by focusing 80% of your effort on your diet and 20% on exercise.

So the benefits of eating a healthy diet are indeed as numerous as the benefits of exercising. Not only does it help in weight loss, but it also reduces the risk of chronic disease5, helps in managing stress6, improves brain7 and skin health8, and also lowers the effects of aging9. The healthy diet benefits are just the same as those from exercise. Putting the two together will doubly ensure to keep you in good health.

What you eat everyday matters, and you must restrict your calorie intake in order to lose weight. However, remember that not all calories are the same. There are calories from sugar that promotes hunger and fat storage. Opt for getting your calories from protein and fat, which helps you feel full for a longer time. Foods rich in fiber also help you feel full for a longer time, and they are also excellent for your health.10

Studies in diet vs exercise to lose weight

Research affirms the many advantages of regular exercise. Physical activity can help with many health conditions. It can help:

Why do physically active people get plump? For starters, both fitness and food options are vital for long-term weight management. The National Weight Control Registry is after more than 10,000 Americans who’ve lost weight and kept it off for decades. Just 1% kept off the pounds with exercise alone, 10% did it with diet alone, and 89% used.

Second, research is learning this to keep the pounds from piling up, the food options we make could be more important than the quantity of exercise we are doing.

Do not make it an either/or option. For shedding pounds and overall good health, both fitness and food are critical. But science has discovered that Americans are getting fatter mainly due to what they choose to drink and eat. Research findings released by researchers from the WHO (World Health Organization) determined how many calories kids and adults needed to be able to keep a stable weight.

They also computed how many calories Americans were really eating in the 1970s and in the early 2000s, using national food supply data. Not surprisingly, they found in comparison to the 70s, adults in the early 2000s ate about 500 more calories per day. Kids took in about 350 excessive calories daily. Scientists then went a step further to use their findings to predict weight over the same time period if calorie intake were the sole influence.

For the children the predicted and actual weight gain matched precisely. The children’s weight gain were attributed to the calorie intake alone over the three years. For adults, the average weight gain the researchers had predicted was almost 24 lbs. The weight gain that the American adults really experienced was nearly 19 lbs.

The anomaly that the adults were five pounds less than the 24-pound predicted weight reduction means that “surplus food intake nevertheless explains the weight gain, but that there might have been gains in physical activity.

Experts concluded that physical activity shouldn’t be ignored in the fight against obesity and should surely be promoted due to its many other health benefits. Expectations concerning exercise have to be tempered, and much more emphasis has to be placed on motivating individuals to make better food choices. Keep exercising, but even more importantly, change what you are eating.

Research in keeping the weight off

The researchers found that total energy expenditure at the weight loss maintainers was greater than those of the normal-weight group, and like that of the obese group.

This suggests that the men and women who’d lost weight before and kept it off were carrying in a similar number of calories as the obese group.

The bottom line is that exercise and diet are both critical for sustaining weight loss in the long term and for your overall health as well. It would help if you tried to include some physical activity for at least 10 to 15 minutes a day. Start at your own slow pace, and then gradually build up the time you spend exercising. At the same time, choose healthy and nutritious foods and restrict your calorie intake. Following calorie restriction and regular exercise will ensure that you not only lose weight but can keep it off as well. So overall, in diet vs. exercise, no one factor is a clear winner. You need both of them to lose weight.