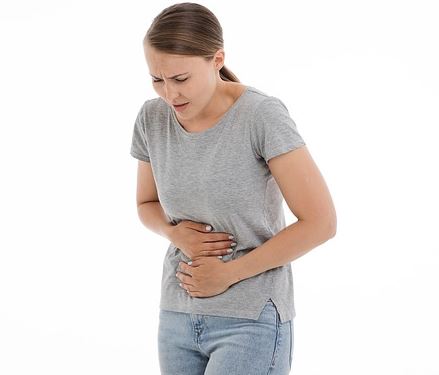 What is a menstrual cycle?

The menstrual cycle is the monthly series of changes a woman’s body goes through in preparation for the possibility of pregnancy. Monthly, one of the ovaries releases an egg – a process called ovulation. At precisely the exact same time, hormonal changes prepare the uterus for pregnancy. If ovulation takes place and the egg isn’t fertilized, the lining of the uterus sheds through the vagina. This is a menstrual period.

Women may experience menstrual cycles that fall out the standard as described previously. Menstrual problems include missing a time period, change in the length of the cycle, changes in the flow, colour, or effects of menstrual blood, and extreme pain or other menstrual disorders. Women may also experience psychological distress or wide mood swings during the luteal phase of the menstrual cycle. There is evidence that a significant proportion of premenopausal women suffer emotional distress or impairment in job functioning in the week before their menstrual period.

How does Ayurveda view Menstruation?

The menstrual blood which flows out a woman’s body every month is
called as ‘Raja’ or ‘Artava’ as per Ayurveda. Menstrual blood or Rajas is
considered as an Upadhathu or sub tissue of Rasa Dhathu (Plasma) according to
Ayurveda concepts. From Rasa or Plasma, blood tissue or Rakta dhathu is formed
which has menstrual blood as the byproduct in women. This menstrual blood
reaches the uterus and is discharged for a period of three days.

The discharged menstrual blood or Artava has the following
features –

Ayurveda has explained in detail about women’s health. There are
proper solutions described for each of the different health issues that a woman
faces in her stages of life.

What menstraul disorders does Ayurveda treat?

Menstrual disorders and their Ayurvedic approach

The menstrual disorders described in ancient Ayurveda classics are
the following.

Research in Ayurveda for Menstrual Disorders

Research studies showing the efficacy of
Ayurveda in Menstrual disorders

A patient appeared with complaints of occasional pain in abdomen
(bilateral iliac) and intermittent per vagina bleeding for last three months.
She also complained about scanty menstruation and lower back ache. She was
diagnosed with sub serosal uterine fibroid with right para ovarian cyst. She
had undergone surgery for the same and on follow up USG another intramural
fibroid was seen.

Later she had taken Ayurveda therapies like shodhana to be more
specific Virechana and internal administration of drugs like Kanchanara
guggulu, Pushyanuga Choorna and chandraprabha vati for a period of 2 months. On
second follow up USG was done and found no hypo echoic lesions in uterus. Also,
her periods had become regular and pain in the lower abdomen reduced. [5]

As we have discussed the ayurvedic management of menstrual disorders
let us discuss about Ayurvedic approach to menopause.

There is a period called perimenopausal period which occurs around
age 40 years in women. In Ayurveda it is called as Rajonivarthi kala.

Generally, the following symptoms are shown during this period.

Let us look at the Ayurveda management of each of these issues
faced.

Ashwagandha is used in Ayurveda frequently for managing
women’s health disorders based on the Practitioner’s advice.

Withnia Somifera or Ashwagandha is used as a Rasayana in Ayurveda.
Many scientific studies and case studies were carried out and its adaptogenic /
anti-stress activities were studied in detail. In many cases of uterine
fibroids, dermatosarcoma, called as Arbuda in Ayurveda long term treatment with
WS controlled the condition. 6

Ashwagandha has recently gained recognition as a treatment for
anxiety and stress in the United States. It is used as an alternative to
benzodiazepines and other prescription medications. It is categorized as an
anti-inflammatory, anti-stress supplement medication. This potent herb is also
classified as an adaptogen, which indicates its ability to regulate and manage
physiologic processes and thereby stabilize the body’s response to stress. <span “times=”” arial”,”sans-serif”;mso-fareast-font-family:=”” new=”” roman”;color:black”=”” style=”font-size:6.5pt;font-family:”>7

Ashwagandha has been shown to reduce and control cortisol levels
in persons under chronic stress and anxiety, restore normal adrenal function,
and normalize and regulate the sympathetic nervous system. It’s root extracts
treats sexual dysfunction, erectile dysfunction and performance anxiety in
Males. In women, it ameliorates diminished sexual desire in women and in all
forms of sexual dysfunction. 8

A balanced Pitta will always reduce the hot flashes and night
sweating associated with Menopause. Keep the following things in mind to
balance Pitta during menopausal period.

Ayurveda has a holistic view of women’s health issues at different stages of life, and has solutions for each phase for good health. All the herbs and treatment procedures explained here are based on
research studies. Still, before undergoing any Ayurveda herbs or procedure make
sure you consult your holistic practitioner.