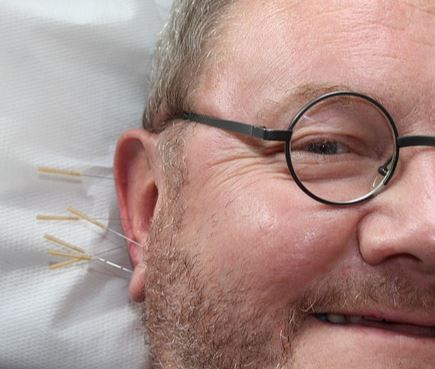 Your addiction can calm you and your brain! But can hamper your professional, personal, and social life! Do you feel as if your life does not have any special meaning and concept which is making you more perplexed, impatient, and intolerable for anything? Have you indulged in addiction and want to come out of it? Ear acupuncture may be a viable therapy for you to consider.

Drug abuse can have a more significant impact on your social, psychological, physical, and economic life, and can cause personal damage by imposing high costs on you and your family. Addiction and drug abuse are some of the significant health problems the world is experiencing in the present era. Many countries are dealing with it, with a prevalence rate affecting 7% of individuals all over the world. Drug abuse is defined as a psychological or behavioral problem that is undesirable, unsuitable, and deviated from legal and social norms.

Mental disorders like depression, anxiety, stress are the main factors contributing to drug abuse. People dependent on drugs have signs of psychological pathology and psychiatric disorders, and they will be encounter even more depression, anxiety, and stress. To control these effects, many people tend to become drug addicts.

Mental and addictive disorders have a significant relationship between them, which are affecting a substantial portion of the global population in the past decades. What is worse is that the relative shares of these diseases will increase further. Research done in the future needs to better analyze the role of mental and addictive disorders in terms of life expectancy due to prevalent stigma and lack of treatment.

How does acupuncture view treating addiction?

Acupuncture is an ancient Traditional Chinese Medicine (TCM) technique that involves a holistic approach to health and regards disorders as a sign of imbalance in the body. However, the exact pattern and degree of imbalance are unique to each individual. Only a traditional acupuncturist’s skill can identify the precise nature of the underlying disharmony. The assessment can then provide the patient with the most effective treatment. Various studies have proven that acupuncture and its proponents can alleviate withdrawal and reduce craving in patients with drug abuse. Acupuncture therapy is known to stimulate the nervous system and cause the release of neurotransmitters and various other hormones. This stimulation activates the body’s homeostatic systems, thus promoting the physical and emotional well-being of an individual through natural healing mechanisms.

Collective evidence also suggests that acupuncture for alcoholism or drug abuse may also benefit anxiety disorders and reduce sensitivity to pain and stress. Acupuncture induces an antinociceptive effect that accelerates the production and release of opioid peptides in the central nervous system (CNS). Acupuncture is believed to reverse all the pathological changes that occur due to stress, anxiety, and other psychological disorders.

Are there any Science and research done to evaluate the efficacy of acupuncture on mental health?

STUDY 1: Auricular acupuncture for substance use:[1].

The clinical study is a randomized controlled trial of effects on anxiety, sleep, drug use & use of addiction treatment services. It included 280 adults who were reported with concurrent substance use problems, anxiety, and depression. All these patients were randomly assigned and divided into three groups

1.   80 patients were treated with ear or auricular acupuncture according to the NADA protocol,

2.   Another 80 patients with auricular acupuncture according to a local protocol (LP), and

Primary outcome measures included anxiety (Beck Anxiety Inventory; BAI) and insomnia (Insomnia Severity Index; ISI), which was measured at baseline and five weeks and three months follow-ups. Whereas, secondary assessments included evaluating drug use and addiction service utilization. The results showed significant improvement in both the primary and secondary measures in all three groups. But there was no significant difference found between the three groups.

In another scientific study that involved eighty-two cocaine-dependent, methadone-maintained patients were treated with various treatments by assigning them to specific groups. They were randomized equally into three groups, where one group received auricular acupuncture, the second group was administered with a needle-insertion control condition, and the third group with a no-needle relaxation control. Treatment sessions were provided five times weekly, which was continued for eight weeks. The primary outcome included assessing urine toxicology screens 3-times weekly.

After eight weeks of treatment, the results showed that patients assigned to acupuncture were significantly more likely to provide cocaine-negative urine samples when compared to both the relaxation control and needle-insertion control. The result findings of this study suggest that acupuncture shows promising effects in the treatment of cocaine dependence.

Is there any real success story of a patient who got relief from Acupuncture therapy for mental health?

Acupuncture for Detoxification in Treatment of Opioid Addiction.3.

A 50-year-old male patient with brain concussion was admitted to a hospital and was found to be a drug abuse of opium for five years. Upon investigating his complete health profile, he was found to undergo cingulotomy for his drug abuse problem (psychosurgery) in the past. Acupuncture treatment was given to the patient where acupuncture anesthesia was used. Acupuncture points were employed in the right hand, arm as well as the auricular acupuncture points that included brainstem and Shenmen. The acupuncture needles inserted were electrically stimulated for a few minutes. After the treatment, the patient voluntarily reported complete disappearance of his withdrawal symptoms, which concluded that acupuncture could provide effective relief in a heroin withdrawal syndrome.

See: Naturopathy assisted me in my chronic illness and anxiety disorder.

Drug addiction could cover a broad range of chemicals. It can be medications like benzodiazepine, barbiturates, amphetamines, or abuse of alcohol, heroin, cocaine, tobacco, ecstasy, etc. It may be flabbergasting to see that there are many natural solutions available for drug addiction. Some of the home remedies that can prevent you from drug addiction are:

Meditation and Yoga – it has a significant impact on your brain, where it reduces the physiological and psychological triggers that cause of substance abuse.

Caffeine– Caffeine can stimulate your central nervous system and make you feel energetic rather than anxious, stressful, and depressing.

Art therapy – This is a type of behavioral alteration that can engross your mind to such an extent that you may forget about drug abuse. It also allows drug addicts to build self-confidence and boost their self-esteem.

Apart from these, many herbal remedies include compounds like ginkgo biloba, milk thistle, protein, and omega -3 fatty acids, which can help in maintaining the good health of your brain and liver.

Numerous meta-analysis, research, and review articles have confirmed that acupuncture therapy could effectively improve the various symptoms of anxiety, psychosis, and depression during abstinence in patients with addiction. Acupuncture therapy is not only known to augment treatment efficacy in its ancillary role but may also significantly decrease the dose requirement of conventional medicines like buprenorphine or methadone to alleviate opioid withdrawal symptoms. Whereas, some other studies also suggest that combined treatment may result in a lower relapse rate. However, the results of these analyses are still inconclusive and are limited by small sample size, variations in treatment regimens, and insufficient reporting of methodology. Stronger evidence with more high-quality research is needed to be conducted to allow firm conclusions to be drawn.