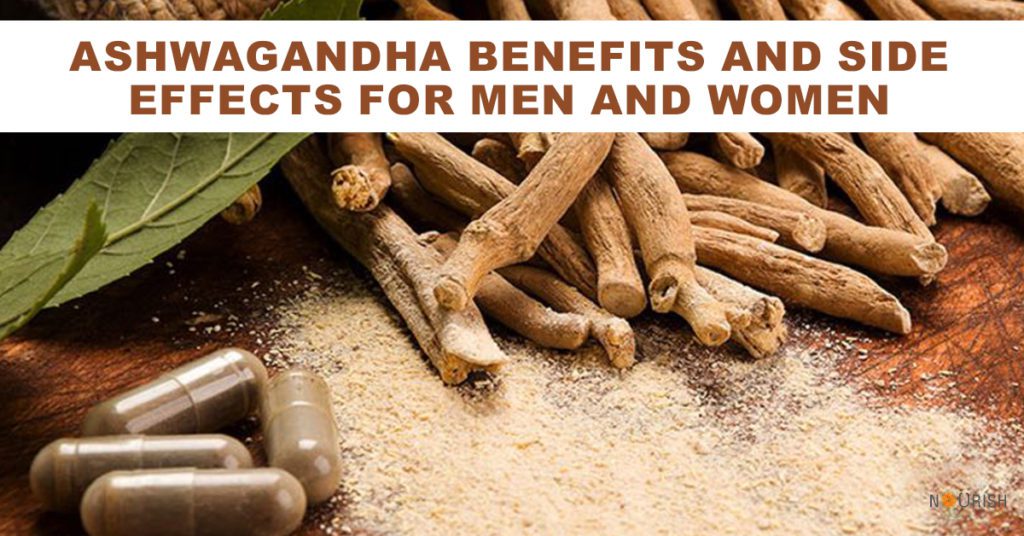 Ashwagandha has been used to heal several ailments for centuries. This ancient herb eases stress, boosts memory, and may help you lose weight

Herbal medicines have been in practice since time immemorial and are the oldest used system of medicine. Using medicinal plants for the treatment of diseases provides significant advantages due to their complex chemistry. It is also considered to be safe and effective in treating an ailment naturally.

Ayurveda views it as one of the crucial herbs in its arsenal and uses it as a broad-spectrum remedy. An assortment of neurodegenerative diseases like stress, depression, Alzheimer’s, and anxiety has seen the recovery when treated with Ashwagandha. Various studies also have reported it’s anti-inflammatory, anti-oxidant, anxiolytic, immunomodulatory effects, and anti-inflammatory effects.

Ashwagandha is an ancient medicinal herb that grows as an evergreen shrub in India and some parts of the middle east. Its origins and fruit have been used for several centuries for curing many ailments. The herb is also known as Indian ginseng or winter cherry and has been used in India and southern Asia. It is a Medharasayan that is the Ayurvedic category of foods and nutrients which promote learning and memory retrieval. It is used in states of debility, emaciation, impotence, and premature aging. Ashwagandha translates as “the odor and strength of a horse,” referring to its aphrodisiac benefit. This herb is a tonic as well as an adaptogen. Individuals from the Middle East use it to market standard sleep patterns and encourage a healthy inflammatory response.

Ayurvedic medicine uses herbs, special diets, in addition to other natural practices, as a cure for many diverse conditions. In Ayurvedic medicine, Ashwagandha is regarded as a Rasayana (an herb that helps maintain youth, both emotionally and physically).

The leaves, seeds, and even fruit have been used in a variety of ways for an assortment of treatments. One can purchase Ashwagandha as a supplement in the US to deal with a variety of the conditions listed above.

This benefit is why people and clinicians are opting for various herbal treatments over a conventional one. Research on Ashwagandha is limited, but many studies suggest that the herb could be useful in addressing many health issues.

Ashwagandha and its role in various diseases

Ashwagandha (Withania Somnifera) contains a spectrum of diverse bioactive compounds enabling it to possess a broad range of biological implications. That makes it a very important medicinal plant. Numerous studies have shown Ashwagandha to exert a variety of medicinal effects. These include anti-microbial, anti-inflammatory, anti-tumor, neuroprotective, cardioprotective, anti-stress, and anti-diabetic properties. Additionally, ashwagandha use is attributed to modulate mitochondrial function by reducing reactive oxygen species, regulating apoptosis, promoting the anti-inflammatory property, and enhancing endothelial function. Ashwagandha uses in some of the diseases are mentioned below:[1].

Arthritis is characterized by chronic inflammation, pain, reduced motor activity, and joint degeneration. Administration of Ashwagandha has shown beneficial effects in arthritis treatment through various mechanisms like inhibiting the cascade of inflammatory pathways and reduces inflammation towards the site by decreasing the production of TNF-a, cytokines, and no production. Another mechanism involves collagen, one of the most abundant proteins. Collagen constitutes a significant component of connective tissues, e.g., skin, tendon, and bone. That is degraded in rheumatoid arthritis, which is believed to be mediated by the collagenase enzyme. Collagenase can cleave the helical collagen and result in the degradation of articular cartilage. It has suggested that Ashwagandha helps in collagen stabilization by inhibiting collagenase.

Numerous pre-clinical and clinical research has shown the anti-arthritis effects of Ashwagandha. It is found to improve the arthritic index, by significantly decreasing the severity of arthritis, promotes functional recovery of motor activity and pain scores without showing any side effects or cytotoxic effects.[1,2].

Anti-cancer effects of Ashwagandha.[3,4,5]: Ashwagandha presents itself as one of the most novel therapies for cancer care. Its components can kill cancer cells by reducing cancer cell proliferation. It also enhances radiation therapy effectiveness and reduces the chemotherapeutic agents’ side effects. Thereby, it helps an individual with increased overall survival time.  Research studies have revealed that Ashwagandha promotes anti-cancer activity by its mechanical action on the following five different pathways:

1. p53 signaling – it is a tumor suppressor protein, regulates the cell cycle, and helps prevent cancer by arresting the growth of the tumor cells. The administration of Ashwagandha is known to increase this signaling pathway.

2. Granulocyte-macrophage colony-stimulating factor (GM-CFS) signaling- Ashwagandha intake promotes the GM-CFS signaling pathway, which can accelerate the recovery time and decrease mortality in patients with cancer. It is a gene is a cytokine that controls the production, differentiation, and function of granulocytes and macrophages

5. G2-M DNA damage regulation pathway – It is a checkpoint and serves as a critical barrier to tumor formation by preventing the cell from entering mitosis, causing genomic DNA damage. Ashwagandha intake also modulates this pathway to show its anti-cancer properties.

Ayurvedic medicine prescribes Ashwagandha for treating subclinical hypothyroidism, a use backed up by a study published in 2018 in the Journal of Alternative and Complementary Medicine.

Researchers gave 50 patients either 600 mg of ashwagandha root extract per day (those with subclinical hypothyroidism) or a placebo. They found that the treated group had clinically significant improvements in serum thyroid-stimulating hormone (TSH), serum triiodothyronine (T3), and thyroxine (T4) levels.

Pre-clinical research has demonstrated the use of Ashwagandha to produce cardiotropic and cardioprotective properties. A study conducted showed that oxidative stress could have a profound effect on the deterioration of myocardium muscles. It has been found that hyperstimulation of β‐adrenoceptor and the production of cytotoxic aldehydes, which is the end product of oxidative stress, can result in cardiotoxicity. Oxidative stress may also depress the sarcolemmal Ca2+ transport and result in the development of intracellular Ca2+ overload. Ventricular dysfunction therapeutic intervention with Ashwagandha has shown anti-oxidant activity that restored the myocardial oxidant/anti-oxidant balance, and thus it may be useful in preventing cardiotoxicity.[6].

Researchers found that the levels of a gluconeogenic enzyme increased in diabetes that is responsible for maintaining the homeostasis of blood glucose. This derangement in the levels of the G6 enzyme can lead to hyperglycemia. However, active components of Ashwagandha have the potential to suppress the hepatic gluconeogenesis by decreasing the activity of G6P.

Ashwagandha leaf and root extracts are also known to improve glucose uptake in adipocytes and skeletal myotubes in a dose-dependent manner.  Ashwagandha intake may act like insulin substitutes and stimulate the secretion of insulin from the pancreatic cells of islets of Langerhan’s. [7].

Many clinical and pre-clinical research has elucidated the protective effect of WS in the treatment of anxiety, senile dementia, cognitive and neurological disorders, Alzheimer’s, and Parkinson’s disease.

Stress and age are the two main factors found to be involved in neurodegeneration and other disorders of the brain. Ashwagandha aids in neuroprotection by decreasing the cortisol levels and glutamate levels in the blood. This decrease promotes the levels of serotonin and acetylcholine.[8].

In the study, 50 subjects were given either 300 milligrams ashwagandha-root infusion twice per day or a placebo for eight months. In addition to improving general memory, the herb has been found to also enhance executive function, attention, and information processing speed.

Ashwagandha may boost muscle power, based on a study published in the International Society of Sports Nutrition in 2015. For the study, men with little experience in resistance training required Ashwagandha or a placebo for eight months. At the study’s end, the guys who took Ashwagandha had significantly higher gains in muscle power on the bench press and leg extension exercises and increased muscle size in the arms and torso.

In a review printed in the Journal of Alternative and Complementary Medicine in 2014, researchers examined five published trials on ashwagandha use for stress. All of the studies confirmed that treatment with Ashwagandha resulted in clinically significant reductions in measuring anxiety and anxiety.

A preliminary study indicates that Ashwagandha may be useful for weight loss in people with chronic stress. In a study published in the 2017 Journal of Evidence-Based Complementary and Alternative Medicine adults living with chronic stress received either ashwagandha root extract or a placebo twice daily for eight months.

Treatment with Ashwagandha led to a decrease in scores on a perceived stress scale at four and eight months, compared to a placebo. There were also significant improvements in food cravings, body fat, body mass index (BMI), reactive eating, cortisol levels, well-being, and happiness.

9. May lower cholesterol and triglycerides

Along with its anti-inflammatory effects, Ashwagandha can help improve heart health by reducing cholesterol and cholesterol levels. Animal studies have found that it significantly reduces the levels of these cells. One study in rats found that it lowered total cholesterol and triglyceride levels by 53 percent and almost 45%, respectively. While controlled human studies have reported less striking results, They’ve observed some remarkable improvements in these markers.

Several animal studies have demonstrated that Ashwagandha helps reduce inflammation. Studies have found that it increases the activity of immune cells in humans that fight disease and help you stay healthy. It has also been proven to reduce markers of inflammation, such as C-reactive protein (CRP), related to the risk of cardiovascular disease.

Studies in Ashwgandha for health benefits

The study conducted on a total of 52 subjects under chronic stress were evaluated to understand the efficacy of using Ashwagandha to reduce stress and manage body weight. The patients were subjected to receive either Ashwagandha (300 mg) or placebo twice daily for about eight weeks. The primary efficacy measures included recording stress scale and food cravings through a set of questionnaires.

Ashwagandha is a safe nutritional supplement for most people, although its long-term effects are unknown. It’s recommended to discuss the dosage and frequency with an Ayurvedic expert or with your doctor. However, some individuals shouldn’t take it, such as pregnant and breastfeeding women. Individuals with autoimmune diseases should also avoid Ashwagandha unless approved by a health care provider. (People with conditions like type 1 diabetes, rheumatoid arthritis, lupus, and Hashimoto’s thyroiditis).

Those on medication for thyroid disease ought to be cautious when taking Ashwagandha, as it might increase thyroid hormone levels in some individuals. It can also decrease blood glucose and blood pressure levels, so drug dosages might have to be adjusted if you choose it. The recommended dose of Ashwagandha is contingent upon the sort of supplement. Extracts are more powerful than primitive ashwagandha root or leaf powder. Always follow directions on labels and consult your doctor. According to a research review, side effects of Ashwagandha have included giddiness, a heavy sensation in the head, blurry vision, elevated testosterone levels, and increased stomach acid.

Women that are pregnant or breastfeeding and children should avoid Ashwagandha.

Ashwagandha comes in capsules, powders, and tinctures, all of which can be seen in health-food shops or pharmacies specializing in supplements. The herb is also available in adaptogen nutritional supplements, which have many different herbs such as ginseng and Rhodiola. There’s no recommended daily allowance for Ashwagandha. In other health practices, doses of 125 mg to 3 grams a day have been used.

Numerous research has postulated the role of Ashwagandha to be an essential medicinal herb in treating different clinical conditions. The overall medicinal properties of Ashwagandha make it a viable therapeutic agent. It can address anxiety, cancer, microbial infections, diabetes type 2, immunomodulation, and neurodegenerative disorders. More research needs to be done in a larger population set to understand its beneficial and adverse effects.