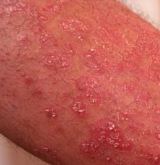 Role of Acupuncture in treating Psoriasis

Psoriasis can be a most embarrassing, debilitating and depressing situation for an individual. If you are among them suffering from Psoriatic skin condition, and tried every conventional medicines and their treatment options but not satisfied? Then you should consider an acupuncture therapy to find relief from the condition.

Psoriasis is a chronic skin disease characterized by red colored painful and itchy macules, patches or papules. Psoriasis is known to affect approximately 1-3% of individuals worldwide.  There are various types of psoriasis that can affect both men and women equally which include Plaque psoriasis, generalized pustular psoriasis, Flexural (inverse) psoriasis; Guttate Psoriasis, Erythroderma, Palmoplantar pustulosis, and Psoriatic nail disease.

Psoriasis can impact an individual’s life negatively by causing considerable psychosocial disability, increased risk of psoriatic arthritis, hypertension, diabetes mellitus, dyslipidemia, and cardiovascular disease. The causes of psoriasis are a pre-disposition of both genetic and environmental conditions. It’s an immune-mediated disease and can recur intermittently. The treatment usually takes longer periods of time and is known to provide temporary relief from the physical symptoms of psoriasis. Conventional treatment also poses cumulative toxicity and side effects due to which the patients demand more effective alternative medicines.

Benefits of Acupuncture for Psoriasis

Effectiveness of acupuncture for psoriasis dates back to 1000 years ago; it is an important component of traditional Chinese medicine and has recently been used widely in clinical trials.  Acupuncture has proved to bring symptomatic relief in patients suffering from Psoriasis and can alleviate erythema, scales and the local thickening of maculae.

How does Acupuncture help treat Psoriasis?

Acupuncture is one of the most ancient and advanced approaches carried out for the treatment of an inflammatory autoimmune disease like psoriasis. Acupuncture is a technique that involves inserting hair-thin sterile needles into the skin at specific meridian points. These points are evaluated based on the patient’s symptoms and reaction towards the disease. The needles are known to relieve the symptoms by relieving the congestion near the nerves and promoting good circulation. Also, Acupuncture technique can help release natural pain killers such as adenosine, endorphins, and serotonin into the body helping the patient to fight the painful plaques. The advantage of acupuncture is that it has proved to be safe and do not possess any side effects when compared to other conventional medicines. Acupressure for psoriasis also does not interfere with any existing psoriasis treatment.
There are several ways in which Acupuncture provides relief to psoriasis patients. As Acupuncture has proven to be an effective stress reliever, it blocks a major trigger of psoriasis flareup and relieves pain, particularly for those with psoriatic arthritis.
Research is backing the strong anecdotal real world outcomes that acupuncture can be a good option as complementary treatment for psoriasis. This can help minimize or eliminate the symptoms and pain associated with this condition.

Research studies in Acupuncture for Psoriasis

Many scientific studies have shown Acupuncture is effective as a complementary therapy for psoriasis.

a. A study named Acupuncture as a Complementary Method of Traditional Psoriasis Treatment: Myth or Reality? [1] Reported the effectiveness of acupuncture treatment in a woman suffering from psoriasis who was treated for chronic migraines. In this study, a 49-year-old female patient was diagnosed with psoriasis at the age of 29. She had a past history of a chronic pulsating type of headache which was accompanied by nausea, vomiting, and both photophobia and phonophobia. No systemic treatment for psoriasis was provided and was occasionally treated with phototherapy. After observing no significant effects from prophylactic therapy for one year, treatments with acupuncture were started.

The acupuncture treatment was administered once a day using stainless steel filiform needles of 25 mm in length for 10 days with an interval of 2-3 days between treatments. The needles were inserted perpendicularly at specific points on the head, arms, and legs and retained for 30 minutes.

On the first day of acupuncture, the women experienced extensive erythematosquamous plaques on the skin of the dorsum of the feet, elbows, and palms. The patient showed significant improvement regarding psoriatic lesions for a period of 6 months after the acupuncture treatment and was happy to find her skin clean and clear.

1.        Combined therapy group –In this group the patients were treated with acupuncture and auricle cutting method

4.        A control group- which received sham-acupuncture and sham auricle cutting

An auricle cutting method is a type of acupuncture which is used to stimulate acupuncture points on the auricle. In this study, unilateral auricle was selected and cut by Chan needle to perform bloodletting. Acupuncture technique has been shown to be effective in wound healing, musculoskeletal pain, and rheumatoid arthritis. It can also be used as laser acupuncture.

The results of this study showed an effective rate of 57.1% decrease in the PASI score of blood stasis-type psoriasis in the combined therapy group. The study also concluded that Psoriasis can be effectively reduced by acupuncture, auricle cutting method, and Traditional Chinese Medicine decoction.

c. In a systematic review published in Nov 2018 JAMA Dermatology of 57 trials and 3 meta-analyses, researchers concluded that Acupuncture was one of several complementary and alternative therapies that benefited patients with psoriasis. [4]

The success story of the patients journey and how they benefited from acupuncture for psoriasis are described below:

a) The success story of a 43-year-old woman published in Acupuncture Treatment for Psoriasis Present on the Soles 3. Depicts her treatment on how she was able to fight psoriasis that manifested on both of her feet (soles) from the past 20 years. Upon finding her psoriatic condition worse than before she consulted an acupuncturist specialist.  The patient was treated with acupuncture treatment, in the TCM clinic. During the treatment procedure, the main aim was to correct the defect in Yin and those, specific points were located on the meridians of Spleen, Liver, Kidney, Ren Mai and Ashi (trigger) points on the soles. Treatment was administered to the patient once a week for a duration of about 35-40 minutes. The improvement in the psoriatic condition was achieved after 13 acupuncture treatments. The patient was glad to see the positive effects of acupuncture which is a part of traditional Chinese medicine. She experienced a reduction in itching, inflammation, pain, and found her overall health to be improved.

b) Another case study listed on psoriasis.org [5] which involved a man in his 50s suffering from psoriasis and psoriatic arthritis for more than 10 years. He was suffering from mild to moderate skin lesions along with moderate arthritis pain especially in his hands and knuckles. The patient was treated with acupuncture therapy and Chinese herbal medicine. He received 10 treatments over the course of 2 months and the patient symptoms of psoriatic arthritis were under control and his pain was completely gone. After six months of following traditional Chinese method of treatment, he was happy to find his skin lesions improved and was also feeling good about himself both internally and externally.

A wide number of clinical trials have proved that acupuncture may help treat psoriasis in several different ways. Psoriasis is a recurrent chronic skin disorder and many people become resistant to medications used for long-term. In such cases acupuncture can be an effective option which can reduce the Psoriasis symptoms or lead to psoriasis remission. Acupuncture therapy can show results within 1-6 weeks of its treatment if followed seriously. Even though Acupuncture is an effective treatment option for psoriasis some patients experience mild soreness during and after the treatment, which should be resolved quickly.

Acupressure for psoriasis treatment has very few side effects; it’s also unlikely to interfere with any of the treatments you’ve already started, making it a high-reward, low-risk opportunity for treatment.