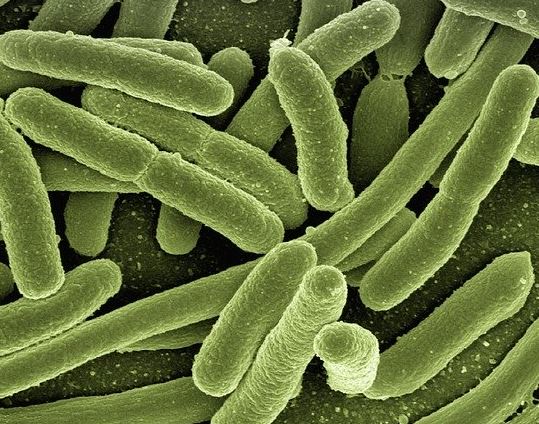 What is the immune system?

Your immune system is your body’s defense unit. The cells, tissues, and organs in the immune system help repel & attack foreign invaders such as viruses, bacteria, and other germs that cause infections. Immune system disorders range from everyday annoyances like moderate seasonal allergies to severe diseases like leukemia. Lifestyle habits such as stress, alcohol/tobacco, lack of sleep, and other medical conditions can aggravate a weakened immune system. This weakness can make you vulnerable to external viruses and germs like coronavirus.

Acupuncture therapy can treat a broad range of conditions, including immune deficiency.  Acupuncture works by stimulating and bringing balance to the immune system. It can strengthen a weakened immune system by increasing red and white cell counts in the bloodstream, T-cell count, and enhancing humoral and cellular immunity for those with the immune-related disease.

Why immunity is important

The causes and effects of diminished immunity

A compromised immune system is a significant part of most chronic diseases. Lack of critical nutrients & vitamins in the diet, stress, and exposure to toxic substances can lead to a declining immune system. Once endangered, a weak immune system leads to frequent colds, allergies, and reoccurring infections.

Most allopathic treatment is directed toward relieving symptoms rather than treating the underlying cause of this disease, which may contain additional toxins, chronic viral infections, or a combination of the two. Conventional treatments used in conventional Western medicine for overactive immune system disorders, including allergies and autoimmune diseases like arthritis, often include therapies aimed at suppressing the immune system through drugs. Although that method is helpful for limiting symptoms and managing pain, it doesn’t result in a cure. People suffer from side effects, and other adverse symptoms may develop after long-term usage of these suppressive drugs.

So how can acupuncture help someone suffering from an immune disorder?

Acupuncture can treat the underlying cause of the illness by reducing symptoms, speeding up the recovery of infection, and normalizing the body’s immune reaction. It works by stimulating specific parts of the autonomic nervous system through selected acupoints, which in turn causes responses in the immune system. Acupuncture can lead to a rise in levels of interferon, one of the immune system’s messenger hormones. Standard acupuncture therapy can be useful in treating asthma, allergies, rheumatoid arthritis, lupus, colds, and infections.

Clinical studies have demonstrated that acupuncture can be used as a preventative approach to colds, decrease the spread of infection in the body, and shorten the duration of the illness. According to Chinese Medicine, disease happens when organ systems are weak and out of equilibrium, which creates an environment for germs, bacteria, and viruses to thrive and contribute to a cold. It is essential to encourage and strengthen our immune systems.

How does acupuncture help immunity?

The equivalent of our immune systems in Chinese Medicine is named Wei Qi or Defensive Qi. It runs between the skin and muscle; it is made from water and food; and is the first line of defense to protect the body from external pathogens. A powerful wei qi acts as a barrier that protects and defends the body against any foreign substance, which leads to illness and ailments. However, when feeble, it decreases the body’s ability to protect from outside pathogens, and one’s health is compromised. Standard acupuncture treatments strengthen, support, and rebalance the immune system supplying the body with proper tools to fend off any colds or cases of flu. As well, acupuncture stimulates wei qi, so when you feel a cold coming on, acupuncture can shorten the length of the cold or stop it entirely from taking you out for the count.

Other ideas to maintain a healthy immune system

Along with acupuncture, food and lifestyle can affect the functions of the immune system. To remain healthy throughout the winter, get enough sleep, plan time to relax and unwind from daily stressors, and exercise regularly. Vitamin C and zinc are two crucial elements to support the immune system. Be sure you incorporate foods such as red peppers, red cabbage, strawberries, tangerines, oranges, and kiwi Vitamin C, and for zinc include poultry, barley, lamb, turkey, and beef. At the same time, add garlic to meals for its antibacterial and antiviral abilities. Limit sugar as it suppresses the immune system cells responsible for fighting off germs. Should you feel the beginnings of a cold coming on, have miso soup or broth with green onion and fresh ginger. This combination helps the body’s pores to open and sweat out the cold. After eating the soup, get under the covers and get to bed early.

The key is to boost and support your immune system to prevent getting sick.

Scientific studies in Acupuncture for Immunity

1. It is presently accepted that emotional disturbances cause immune system impairment and that consequently, their treatment could restore the immune reaction. The research was designed to study the effect of acupuncture treatment, designed specially to relieve the psychological symptoms stemming from anxiety, on several purposes (adherence, chemotaxis, phagocytosis, basal and stimulated superoxide anion levels, lymphocyte proliferation in response to phytohemagglutinin A (PHA) and natural killer (NK) activity) of leukocytes (neutrophils and lymphocytes) from stressed women. The acupuncture protocol consisted of manual needle stimulation of 19 acupoints, with each session lasting 30 min. It was performed on 34 female patients suffering from anxiety, according to the Beck Anxiety Inventory (BAI). Before and 72 hours after receiving the first acupuncture session, peripheral blood samples were drawn. In 12 patients, samples were collected immediately following the first single acupuncture session and one month following the end of the whole acupuncture treatment, which consisted of 10 sessions during a calendar year, until the complete remission of anxiety. Twenty healthy non-anxious girls in precisely the same age range were used as controls. The results showed that the positive effects of acupuncture on the immune functions appear 72 hours following the single session and persist one month after the conclusion of the complete treatment. Impaired immune functions in women were significantly improved by acupuncture, and augmented immune parameters were significantly reduced. Acupuncture helped to bring the above-mentioned parameters to healthy levels, exerting a modulatory effect on the immune system.

The research measured the effects of electroacupuncture at ST36 that enhances cytokines, which are proteins secreted by cells that have a particular influence on the interactions and communications between cells. [2] The researchers found that electroacupuncture enhancement of cytokines and helper T cells (CD4+ T cells) is through TRPV channels. TRPV channels function as cellular sensors for a range of chemical and physical stimuli involved in the creation of visual and auditory senses, touch, olfactory perception, taste, temperature, and algesia. TRPV participation in cell signaling activates host cell responses to harmful environmental changes. [3]

The findings are significant as the CD4+ T cells are vital in human immune systems. These cells are generally known as helper T cells that are active in the immune system’s defense against microbes. CD4+ T cells can differentiate several different kinds of cell subsets to activate immune system cells, immunoregulation, and cytotoxic defense mechanisms.

The research reveals the function of electroacupuncture (2–15 Hz) in the enhancement of CD4+ T cells through TRPV channels, indicating a significant pathway of acupuncture’s effective activity. The researchers noted that their finds proved that the increase in the intracellular Ca2+ induced by electroacupuncture at the ST36 acupoint was in charge of the differentiation, proliferation, and activation of CD4+ T cells.”

The research team concluded that their study clearly demonstrated that electroacupuncture at the ST36 acupoint was helpful in regulating the Immune cytokines production. The investigation was made possible by the collaboration between three Hubei University of Chinese Medicine departments: Department of Biochemistry, Department of Anatomy, Department of Pathogenic Biology.