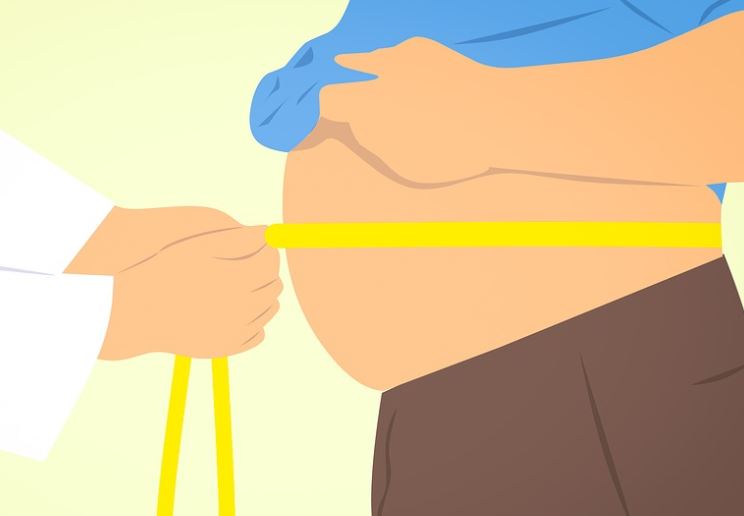 How does acupuncture help obesity?

Acupuncture is the traditional Chinese medical system of stimulating specific points on the body by inserting very thin needles through the skin. Acupuncture has been studied for its capacity to handle pain – particularly for headache and throat, knee, back, and osteoarthritis pain. There have not been extensive studies on how acupuncture might help with obesity and weight loss.

– Weight loss: Advocates of acupuncture for weight reduction believe that acupuncture may stimulate the body’s energy flow (chi) to impact variables that can reverse obesity by raising metabolism, reducing appetite, lowering stress, and affecting the part of the brain that feels hunger. Weight gain, based on traditional Chinese medicine, is brought on by body imbalance. That imbalance, based on early teachings, can be caused by a malfunctioning liver, spleen, kidney, thyroid gland, and the endocrine system. Therefore, for weight loss, acupuncture treatments commonly target these areas of the body.

– How many sessions will you need? Although different acupuncture professionals recommend various degrees and lengths of treatment if you’re planning on losing 10 to 15 pounds, having several treatments per week for six to eight weeks is a frequent program. The number of visits each week may taper off as the program progresses. The number of visits recommended will also change from one acupuncture practitioner to another.

– Positive attitude: If you think that your acupuncture treatments are beneficial, your positive attitude may help you drop weight. For example, if you believe acupuncture treatments are improving your quality of life, then you may be prompted by that feeling to make a decent diet and exercise options. And those choices can lead to further weight loss. When there’s an opportunity for acupuncture to help people lose weight, are there studies demonstrating it to be effective or ineffective? There have been studies indicating that acupuncture is probably effective for weight reduction. However, a review of these studies suggested that these results were not convincing because of issues with the research.

Studies in acupuncture for obesity

Overweight and obesity are dangerous, as these issues are correlated with the incidence of many serious ailments, such as type 2 diabetes, hypertension, heart disease, stroke, gallbladder, and more. Therapies provided by modern medicine might be problematic for patients and don’t necessarily guarantee success in the kind of permanent weight reduction. Because of this, patients frequently try complementary therapies, and their interest in Chinese Medicine and acupuncture have been multiplying.

– A meta-analysis printed in 2007 included 29 clinical trials to examine the efficacy of acupuncture in treating obesity. The researchers found that acupuncture is more effective than sham acupuncture and traditional therapies. Regrettably, 2/3 of the information contained in the meta-analysis were of low quality. Because of this, it wasn’t possible to draw any binding decisions on this basis.

– Another study was published in 2012 in “Obesity Reviews,” an official journal of the International Association for the Study of Obesity. The authors examined 2,545 potentially relevant articles and finally considered 96 randomized controlled clinical trials describing the effectiveness of various Chinese Medicine therapies in treating obesity and overweight. Among these, 44 books (2,421 patients in the study groups and 1,746 patients in control groups) associated with acupuncture.  As in the case of the meta-analysis, researchers showed that acupuncture was more effective in reducing body weight compared to placebo, changes in the patient’s lifestyle, or western drugs.

In the research, manual acupuncture leads to a significantly greater weight loss than fictitious acupuncture, diet or exercise, or dietary supplements. When added to other recommendations (diet and exercise), it also considerably enhances their efficiency. No important differences were obtained in two of those studies. Nonetheless, in both of these groups were quite small (40 and 27 individuals ); additionally, in one of those research, 12 out of 20 people resigned, which might indicate improper use of acupuncture.

– Aural acupuncture: This particular technique is often utilized in patients ready to decrease their body weight. Two studies described important state consequences, while among these, both acupuncture and sham aural acupuncture left similar clinical consequences. These reports differed about a favorable influence on the equilibrium between ghrelin and leptin secretion.

The current literature review also offers insights into the biochemical basis for the benefits of acupuncture on metabolism and body weight.

– Effects on fat metabolism. Manual acupuncture and electro-acupuncture have a favorable impact on the body’s lipid management, which leads to a significant drop in the levels of total cholesterol, LDL cholesterol, and triglycerides, while still maintaining the amount of HDL cholesterol. Among the studies described a substantial decrease in lipoprotein(a) and apolipoprotein.

The impact mentioned above of acupuncture on various aspects of lipid management and obesity in people is also verified in animal models, which can be explained in this literature review.

The results of additional studies also confirm the beneficial effects of acupuncture on obesity and weight reduction. In a study conducted by Korean researchers, stimulation of acupuncture points on the ear, or perhaps one point responsible for the sense of appetite, led to a considerable decrease in BMI (Body Mass Index) of 6.1% and 5.7%, respectively (origin ).

– A prospective randomized, double-blind trial associated with the effectiveness of electro-acupuncture at three points on the ear, which was completed in Austria and coated 56 obese girls, left similar results in the kind of a substantial decrease in body weight and BMI (origin ). The patients didn’t report any adverse effects during the trial.

Acupuncture may help you lose weight, but the evidence is emerging. It might help you lose some weight. The favorable effects may come from a particular acupuncture treatment with a positive attitude that enables you to create healthier lifestyle choices.