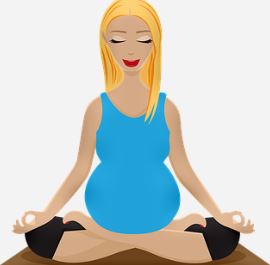 What is Gestational Diabetes?

Gestational diabetes mellitus (GDM) is defined as large blood glucose (glucose ) levels during pregnancy in a woman who hasn’t had blood glucose problems previously. This condition usually develops during the second trimester of pregnancy and affects about 9 percent of women. It’s routinely tested for as part of regular prenatal care.

The specific cause of gestational diabetes is unknown, but it’s thought to be related to hormones produced by the placenta. While the placenta does a wonderful job at nourishing the baby, placental hormones block the mother’s production of insulin, the hormone that regulates blood glucose levels. This requires the mother’s body to make more insulin. When insulin production doesn’t keep up with the mother’s needs, glucose stays in the blood rather than being converted to energy. With time, these levels can become high enough to be diagnosed with gestational diabetes.

Gestational diabetes carries risks for both mother and infant. It can cause infants to grow too big, and particularly to deposit excess fat as they grow. This can lead to a difficult birth and a heightened chance of C-section. Additionally, it puts the infant at risk for low blood sugar levels at birth, obesity during childhood, and a higher risk for type 2 diabetes as an adult.

Although gestational diabetes often resolves after birth, women who develop it are at greater risk for the identical condition in subsequent pregnancies, in addition to a greater risk for developing type 2 diabetes later on. Due to the risks to mother and infant, treatment normally starts quickly after diagnosis. Doctors will always advocate specific meal programs in addition to increased physical activity, which for many women is sufficient to regulate blood sugar to safe levels. Otherwise, daily blood sugar testing and insulin shots may also be prescribed.

There are ways to help prevent gestational diabetes and to avoid the onset of type 2 diabetes later in life.  A wholesome diet is also key: focus on fresh fruits and vegetables; watch portion size; and limit simple carbohydrates (such as white bread, any other products made with white flour, and white sugar). Finally, exercise helps the body use glucose effectively; regular, moderate exercise can help keep high blood sugar levels at bay.

How does Acupuncture view GDM?

Diabetes is named Xiao Ke or “wasting thirst” in Chinese medicine. This title alludes to the fact that diabetes is most commonly brought on by drying up or swallowing of the nourishing and fluid such as aspects of the human body creating what we call a “yin” deficiency. This lack of yin can be accompanied by warmth symptoms that could exhibit a huge thirst, large hunger, excessive urination, or recurrent vaginal infections (just to mention a few). The challenging thing with gestation diabetes is that sometimes women can be asymptomatic- with no outward symptoms at all but there is a different story happening. One reason why gestational diabetes happens is due to the flux in pregnancy hormones secreted from the placenta. These hormones may interfere with the pancreas’ ability to make insulin. To understand the mechanisms behind diabetes it’s important to understand that food and beverage are metabolized by the digestive tract into sugar that then enters the blood flow. Insulin that’s made by the pancreas, allows for sugar to be broken down into a chemical which can be utilized as energy for the cells of the body. The body can’t get the energy from glucose without insulin. Since placenta hormones may cause the pancreas to work harder at creating enough insulin, some pancreases can’t keep up with the growing demand for greater insulin production. Hence, the sugar in the blood doesn’t get broken down into usable mobile energy and blood sugar levels rise and this may result in gestational diabetes.

Acupuncture and Chinese herbs work to stabilize and balance blood sugar and hormone levels by regulating and enhancing the metabolic functions of the body’s organs, most notably with diabetes, the Spleen, Stomach, Pancreas, and Kidney. Traditional Chinese medicine (TCM) may work to create the more yin fluid characteristics of the human body in addition to clear heat and relieve symptoms like thirst, frequent urination, sugar cravings, and vaginal yeast infections.

Since every woman is different, when you go and see your TCM practitioner, he or she’ll adjust your diet based on your own specific requirements and patterns. However, the key guidelines to follow when you have gestational diabetes is to remove simple sugars and eat a diet rich in whole grains, fresh fruits and vegetables, and lean proteins. For gestational diabetes eating smaller meals more often during the day is recommended. It is also advisable to have a routine to eat every 3-4 hours and also to carry out some kind of exercise at the conclusion of every meal to get at least 20 minutes.

1. Wrist acupuncture may help with diabetes, and neuritis, a complication of diabetes. Wrist-ankle therapy is a kind of acupuncture that entails deep needle stimulation of the wrist and ankle nerves. In 2014, a study published in Evidence-Based Complementary and Alternative Medicine concluded that wrist-ankle acupuncture therapy could be a safe and effective method of treating pain, such as diabetic peripheral neuritis. But, the scientists added that not there isn’t yet enough evidence to confirm that this system is safe and effective.

2. Electroacupuncture is the most frequent sort of acupuncture that professionals used in the treatment of diabetes.

The acupuncturist inserts a set of needles in each acupuncture point and passes an electrical impulse from one needle to another. This therapy appears to be effective in treating pain from diabetic neuropathy and handling blood glucose levels.

Studies have suggested that acupuncture may help people with diabetes by improving blood glucose levels, relieving the symptoms of neuropathy – a complication of diabetes, and much more. In modern-day China, acupuncture is often used to treat diabetes. Researchers who are currently exploring the benefits of acupuncture for diabetes notice that it may:

– shield pancreas islet function, which is responsible for insulin production

– correct the balance of hormones that affect diabetes, for example, melatonin, insulin, glucocorticoid, and epinephrine

In recent decades, scientists have been studying ways in which acupuncture may affect the biological mechanism of diabetes and prediabetes to become an effective therapy.

Type-2 diabetes has become a significant disease and is known to seriously impair people’s health globally. Prediabetes includes impaired fasting glucose (IFG) and impaired glucose tolerance (IGT) and is the most crucial period for preventing type-2 diabetes, as it could be identified and reversed. Studies in recent years have suggested that acupuncture and Chinese herbal medicine could be good for treating prediabetes. However, a randomized controlled trial (RCT) ought to be conducted to obtain more clinical evidence on this subject. [3]

The researchers searched all significant medical databases and relevant posts. Studies were included irrespective of their style if they reported initial data and involved acupuncture needling and/or moxibustion treatment for any conditions in elderly women. Studies of acupuncture for delivery, abortion, assisted reproduction, or postpartum conditions were excluded. AE data were extracted and evaluated in terms of severity and causality, and prevalence was determined.

Of 105 included research, detailed AEs were reported only in 25 studies represented by 27 posts (25.7percent ). AEs assessed as certain, possible, or probable from the causality assessment were mild/moderate in severity, with needling pain being the most frequent. Severe AEs or deaths were few and considered unlikely to have been due to acupuncture. Overall AE incidence was 1.9%, and the incidence of AEs assessed as certainly, probably or possibly causally related to acupuncture was 1.3%.

They concluded Acupuncture during pregnancy seems to be associated with few AEs when properly applied.

Case Study of Acupuncture for GDM

This is a case study by Richard Lobbenberg, Acupuncturist and TCM Practitioner [5]

A 34-year-old pregnant girl in her sixth month came to me concerned about how her recently diagnosed gestational diabetes may affect her child’s health, and that of her own in the long run. She hadn’t previously suffered from diabetes, although she explained that her daddy had had type-2 diabetes because of his forties. She didn’t have high blood pressure, wasn’t overweight before getting pregnant, and did she have some of the other risk factors associated with gestational diabetes. This was her third baby and she’d not had any issues related to her previous two pregnancies.

She stated that before getting pregnant, she’d always promised good eating habits but didn’t exercise very much. Part of her worry with gestational diabetes was that in this case, exercise did not appear to help regulate her blood sugar levels and she was worried about taking too much insulin. She also wanted to protect against the chance of her baby gaining too much weight in utero and possibly having other complications.

As she was told by her physician I explained that taking insulin while pregnant can’t hurt the baby, but she expected nonetheless to minimize the amount she had to take. I explained that acupuncture and Traditional Chinese Medicine might help regulate blood glucose levels but that she needs to continue to also follow her doctor’s advice and track her levels and take insulin as directed by her specialist.

She started to see me once a week for acupuncture and Chinese herbs. My strategy has been aimed at strengthening her Spleen and Kidney (words capitalized here indicate differentiation from their scientific definitions) energy systems to fight the fatigue and manage her glucose levels by essentially helping her digestive system (i.e. her Spleen) work better.

Her pulse was choppy and slippery and was also somewhat weak. Since she had intermittent back pain lately and tended towards feeling a bit cold in the evenings, I attributed these indications to some small Kidney deficiency, possibly caused by a third pregnancy. We used points such as DU 20, BL 17, BL 20, BL 23, ST 36, KD two, KD 6.

The herbal formula used in this case was You Gui Wan, meant to tonify her Kidney deficiency to, in effect, support her Spleen and enhance the efficacy of her digestive system. In cases like this, the reduced energy and feelings of cold signaled Kidney Yang deficiency.

Over the course of two weeks, with therapy almost once weekly, the individual was able to handle her gestational diabetes well and needed insulin shots most often at night. In her final month of pregnancy, her pro advised her to reduce the amount of insulin she had been using, and we could decrease our frequency of treatments also.

She came back to me two weeks after giving birth and was pleased to claim that her infant was in terrific health and that her own blood glucose levels return to normal and she no longer could require any insulin.

Acupuncture and Oriental medicine are great strategies to tackle the root causes of gestational diabetes. Acupuncture treatments and personalized lifestyle modifications may address the imbalances that cause diabetes, in addition, to help prevent it from resolving post-pregnancy.