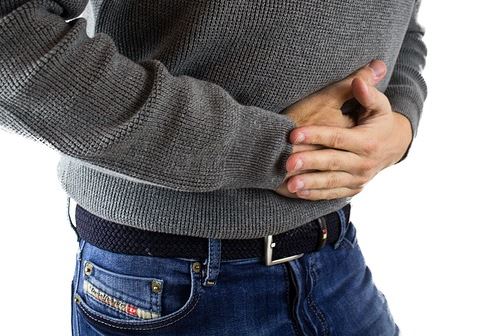 Constipation is defined as having a bowel movement fewer
than two to three times each week. With constipation stools are often tough,
dry, small in size, and difficult to eliminate. Some men and women that are
constipated find it painful to have a bowel movement and frequently experience
distress, bloating, and the feeling of a complete bowel. It typically takes 40
to 45 hours for wastes out of the food to make the trip through your digestive
system and depart your body.

Constipation can be a cause of life style (not eating a diet
full of fruits and vegetables, lack of exercise), changes of the structure of
the colon or rectum, (fecal impaction, IBS, rectal prolapse,
diverticulosis/diverticulitis) clinical depression & anxiety, the use of
specific kinds of drugs and dietary supplements: (antacids using aluminum as an
active ingredient, Pepto-Bismol, Iron supplements, Narcotics, tranquillizers,
sedatives, Nonsteroidal anti-inflammatory Ibuprofen, Naproxin Sodium).

Habits, Emotional & Physical Stressors that can cause constiptaion:

· Suppressing the urge to defecate

Use of acupuncture and herbs is effective to treat various
gastrointestinal disorders, including but not limited to irritable bowel
syndrome, diverticulitis, mucous colitis, nervous bowel, or irritable colon.
Not only can they control the symptoms, they frequently change the inherent
constitution of the human body to attain long-term results. In actuality, the
majority of patients remain symptom free for at least a few months following
the herbs are stopped.

Constipation was treated with wonderful success using
Acupuncture and herbal or Homeopathic medicines. People who have mild to
moderate constipation are often treated with herbs which moisten the intestines
and regulate bowel movement. People who have moderate to severe constipation are
usually treated with herbs which purge the intestines and cause bowel movement.
These formulas are used as needed then ceased when desired effects are
achieved. Herbal formulas that contain Da Huang or Fan Xie Ye (Rhubarb or
Sennae) ought to be taken with meals, as it might irritate the stomach if taken
on an empty stomach. Prolonged use of formulation with Da Huang or Fan Xie Ye
(Rhubarb or Sennae) isn’t recommended, as it might increase the chance of
habitual constipation and fluid and electrolyte imbalance.

Acupuncture, herbal medicine, dietary
treatment, and changes in life style are successful in treating constipation.
The modalities of medications utilizing cathartic stimulant laxatives should be
used sparingly, and only when needed as prolonged use can cause side effects.
Once bowel movement is triggered, herbal therapy could be initiated to change
the basic constitution of the human body in people who have habitual
constipation. Last, diet and lifestyle adjustments are also required to ensure
regular bowel movement.

In Chinese medicine the form & consistency of the stool
is diagnostic about what system is out of equilibrium. Lean pencil such as
stools or stools which are termed tacky are indicative of Spleen Qi Deficiency
while stools that look like rabbit pellets is indicative of Liver Qi
Stagnation.

Shape of the Stool: Dry stools shaped like sheep-dung are
due to stagnation of heat or fatigue of body fluid. A mucous stool is a sign of
excessive damp due to spleen deficiency. Loose bowels after dry stool are
because of a dysfunction of the spleen and stomach, and an imbalance between
dryness and dampness. Stools that are sometimes dry and sometimes loose are
often due to liver qi stagnation and spleen deficiency. Liquid stools with
undigested food are the result of the yang deficiency of the spleen and kidney.
Diarrhea with yellowish watery stool and burning of the anus is brought on by
moist heat in the stomach and intestines. Formed stools with undigested food
and filthy odor are caused by food accumulation.

The Shade of the Stool: Tarry stools are the indications of
hemorrhaging in the spleen and stomach. Bloody and pussy stools are a
indication of dysentery.

The Smell of the Stool: Sour stinking stools are due to the
accumulation of heat. A rotten egg stink is because of food accumulation.

The Sensation of Defecation: A burning sensation in the anus
during defecation is because of pathogenic heat in the anus. Mild prolapse of
the anus during bowel movements is the consequence of chronic diarrhea due to
the sinking of qi and spleen deficiency. Tenesmus is a indication of dysentery
due to qi stagnation from the intestines. Fragmentary defection is a
manifestation of the liver failing to create a free requirement for qi.
Diarrhea occurring soon after abdominal pain, and pain relieved after bowel
movements, are indications of food accumulation. Pain not relieved after bowel
movements is a indication of spleen deficiency and liver preponderance leading
to ” liver-wood subjugating the spleen-earth.”

Studies in Acupuncture for constipation

For some people, Constipation is a continuous and puzzling
struggle. If someone has no more than two bowel movements each week and there
is no underlying illness or medication accountable, the issue is called chronic
severe functional constipation (CSFC). A study published online Sept. 12, 2016,
by Annals of Internal Medicine, indicates that electroacupuncture might be a
treatment choice for individuals with CSFC. The treatment uses acupuncture
needles and little amounts of electric current to stimulate exact points on the
body.

A new study from China suggests that electro-acupuncture can
help treat acute constipation [1]. The treatments are only effective if there isn’t
any underlying medical problem, and no usage of medications which can lead to
constipation. Of the 1,075 people enrolled none were having over two bowel
movements a week when they joined the study.

The researchers divided the Participants into two groups —
those in one group received electro-acupuncture while those from the other
received sham treatments. The acupuncture was conducted at 15 hospitals in
China. Electro-acupuncture involves low-voltage currents delivered via
acupuncture needles. In cases like this, the needles were inserted in 6 points
at the abdomen for half an hour per treatment. Together with the sham
treatment, the needles did not penetrate as deeply as they did with the actual
thing and were put at non-acupuncture points.

See: What Is Acidity? Causes, Symptoms, And Natural Treatments

The researchers reported that 31 percent of those patients
treated with electro-acupuncture had a mean of 3 or more bowel movements per
week over the course of this 8-week study, which nearly 38 percent of these
reported having 3 or more bowel movements each week during 12 months of follow
up. Just 12 percent of those patients in the sham acupuncture group reported
the exact results throughout the 8 weeks of therapy and just 14 percent of
these had equal relief throughout the 12 months of follow up. Additionally, the
patients who received electro-acupuncture reported improvements in their
overall well-being and quality of life. The most frequent acupuncture-related
side effects were hematoma (a collection of blood, usually clotted) in the
website of needling, insomnia and sharp pain, although these were rare in both
groups and were considered mild and transitory.

Electro-acupuncture may be beneficial for many people
suffering from acute constipation, especially constipation which has not
responded to other treatments. The relief lasted more than 12 weeks in the
patients who were assisted.

After 28 sessions over eight months, 31% of the men and
women in the treatment group had three or more bowel movements each week,
compared with 12 percent in the sham group. The effects appeared to endure an
extra 12 weeks for the two groups. About 6 percent or fewer individuals in both
groups experienced side effects like pain or bleeding. The results are
encouraging, but more studies are needed to verify the results.

Second Study:
This study was to assess the efficacy and safety of acupuncture for chronic functional
constipation [2]. Randomized controlled trials were hunted in many databases. The
principal outcome was a change in the amount of weekly gut movements. The
secondary outcomes included colonic transit action, effective rate, Cleveland
Clinic Score, and medical quality of life score. Meta-analysis was done by
using RevMan 5.1.

No apparent adverse event was associated with acupuncture
for constipation. To conclude, acupuncture for chronic functional constipation
is safe and might improve weekly bowel movements, quality of life, and related
symptoms. However, the evidence has been limited by the small sample size and
the methodological quality.