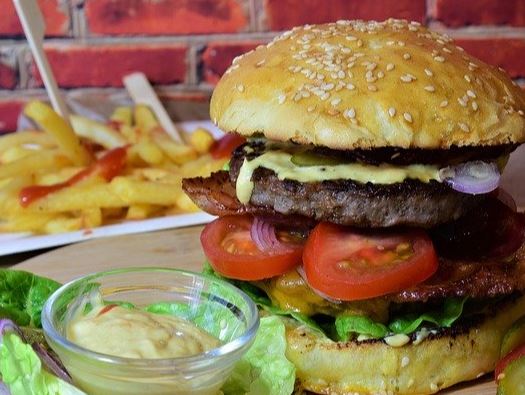 It’s crucial to identify the acid reflux foods to avoid that can aggravate your esophagus. Certain foods tend to trigger symptoms of GERD. You might be recommended to eat these foods less frequently or cut them out of your diet completely. Several food-related elements may add to acid reflux, such as the size of the meal, your posture after eating, and the foods you eat. You can manage these factors by customizing how and what you eat. Modifying your body position to an upright posture after a meal and eating smaller-sized portions may assist avoid reflux. Understanding which foods to prevent can be a bit more obscure.

The stomach contains concentrated hydrochloric acid (HCL), which helps digest the food easily. So, it’s necessary to maintain an optimum acidic level in the stomach, especially in cases when you face a constant problem of acid reflux. Acid reflux is an irritating and painful condition that arises when the contents of your stomach enter into your esophagus. Consuming hot and spicy foods may increase the production of stomach acid and results in acid reflux. Acid reflux can cause you pain in the chest, which may seem hot and burning, followed by a bitter taste in the throat and a gassy bloating in the stomach.

See: Soothe Your Acid Reflux And Prevent GERD With This Yoga Series

How do you avoid acid reflux?

What foods to avoid with acid reflux?

Several research studies conducted preclinically as well as clinically have revealed that certain foods can aggravate GERD symptoms through activating specific mechanisms. These foods can either cause delayed stomach evacuation, or decrease the tension of the lower esophageal muscle, or may stimulate sensory receptors that cause an increase in gastric juice secretion. List of foods to avoid with acid reflux include foods that are high in fats, spicy foods, alliums, tomatoes, chocolate, coffee, carbonated beverages, fruit juices, mint, alcohol, and citrus fruits are closely related to GERD symptoms.1,2.

Some of the foods to avoid with acid reflux flare-ups are mentioned below, along with their mechanisms on how they may flare up acid reflux symptoms:

See: Naturopathy helped me recover from the symptoms of leaky gut.

Besides, it has also been found that smoking can lead to an increased risk for developing adenocarcinoma of the gastric cardia and the distal esophagus.

Studies in foods to avoid for GERD

The study was conducted with 513 subjects who previously experienced some severe symptoms of GERD that aggravated with a particular diet. The study aimed to determine the role of food and their possible risk factors that are associated with causing gastroesophageal reflux disease.

The individuals that were included in the study reported their conditioned worsened by consuming fatty, fried, sour, or spicy food and sweets. The study also reported that individuals who ate 1–2 meals per day, as well as those who consumed peppermint tea daily, are on the potential risk for developing gastroesophageal reflux disease. The study concluded that patients with chronic acid reflux conditions should consider eating more than three meals a day at assigned times instead of consuming just one big meal in the evening. Whereas, peppermint tea aggravating the acid reflux symptoms and its role needs to be understood clearly through further studies.

There are some specific acid reflux foods to avoid, and one must take note of them. Many research studies have put-forth their suggestions on how consuming certain foods can aggravate the conditions, and avoiding them can make the situation better. Along with a controlled diet, one should also consider eating meals at regular time intervals. The frequency of eating also plays a significant role in aggravating disease symptoms. The products mentioned above, along with several lifestyle and dietary factors, are thought to be negatively associated with GERD. More research is needed, however, to investigate the efficacy of nutritional and lifestyle modifications on acid reflux and its symptoms.